Blood Eagle, Copenhagen’s latest export in the Death Metal department don’t disappoint. Get stuck into your favourite new band below; 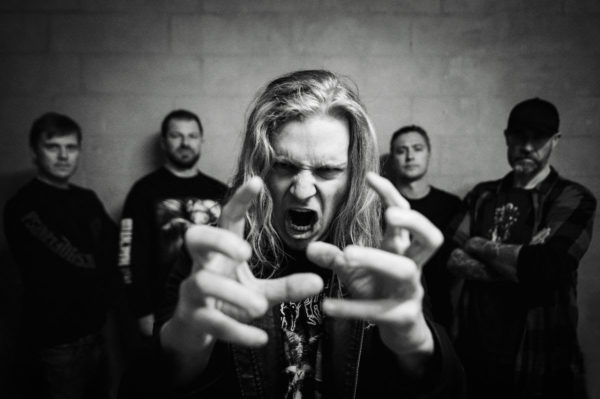 Denmark based death metal band BLOOD EAGLE unleashed their album ‘To Ride In Blood & Bathe In Greed’ unto the world on November 22, 2019 via Nuclear Blast.

Today, the band release the video visualiser for ‘Wall Of Hate‘ off part III of ‘To Ride In Blood & Bathe In Greed‘.

The band comments, “What time is it? It’s grind ‘o clock! This song is about one of the biggest political controversies of all time.

A true monumental failure for humanity. ‘Wall of Hate’ is a portrait of a xenophobic, warmongering presidential candidate, spreading fear and terror – which by no means deserves a mention. In the famous words of Barney Greenway ‘Make love, not war’ – we support that and hereby spread the grinding gospel.”

Order ‘To Ride In Blood & Bathe In Greed‘ digitally or stream the 3 EP’s here:

The album was produced, engineered, mixed and mastered by Tue Madsen at Antfarm Studios. All artwork was created by Rune Stigart.

The band comments, “We are honored to have signed with one of the world’s leading record labels, Nuclear Blast Records!

The excitement level of BLOOD EAGLE finally finding the right home to release new material, is higher for us than we can ever express. There are people who want to hear this band, as was evident in the reaction to our performances on multiple European festivals in the last couple of years. We are excited and grateful to be working with the guys at Nuclear Blast, as they strongly will help facilitate and take the EAGLE to the next level.

On a musical note, we took all our inspirations from NAPALM DEATH, BOLT THROWER, MORBID ANGEL and a tad (like 2%) of MASTODON and threw them into the musical cooking pot. The result is our new release, ‘To Ride In Blood & Bathe In Greed’ which was released as three EP’s in September, October and November. Out on Nuclear Blast Records.” 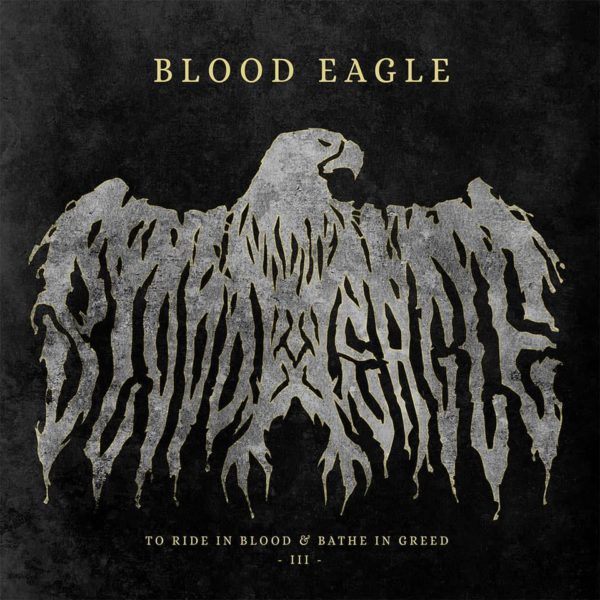