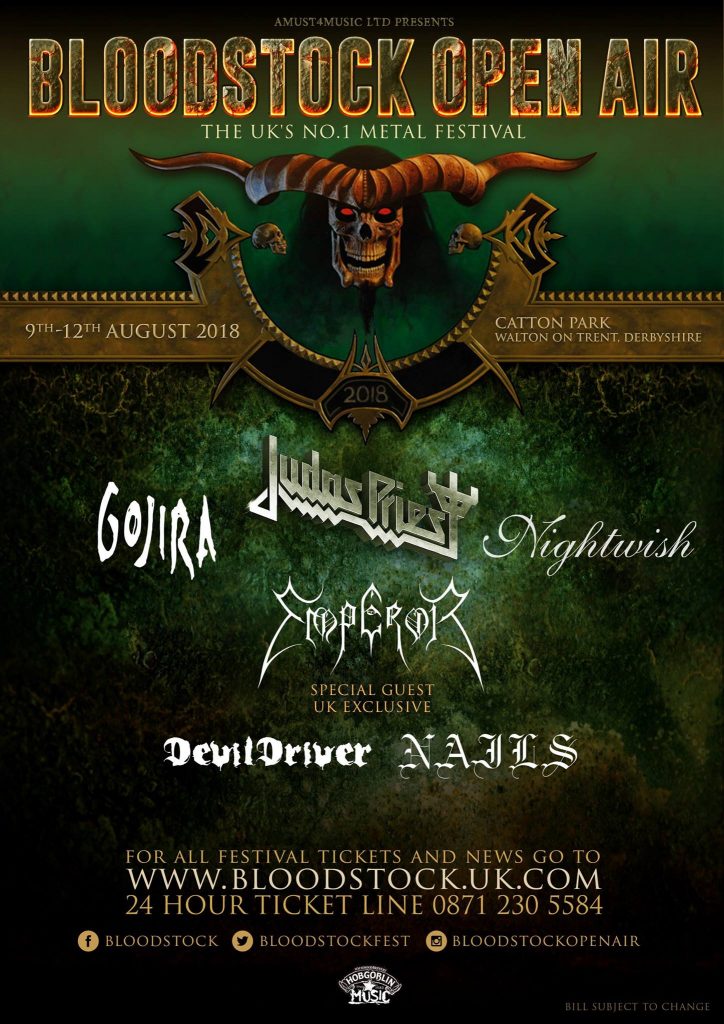 The date has been set, the headliners have been revealed for what has become the most metal weekend on the gig calendar! Bloodstock 2018 has set the bar yet again, boasting a line up that will no doubt have you frothing at the mouth!

As special guests to Judas Priest on Friday night, Emperor will return to Bloodstock for a very special performance on the Ronni James Dio stage.

Ihsahn said: “We’re finally bringing the 20th-anniversary show for ‘Anthems to the Welkin at Dusk’ to the UK! We’ll be performing the album in its entirety and look forward to celebrating with everyone at Bloodstock!” 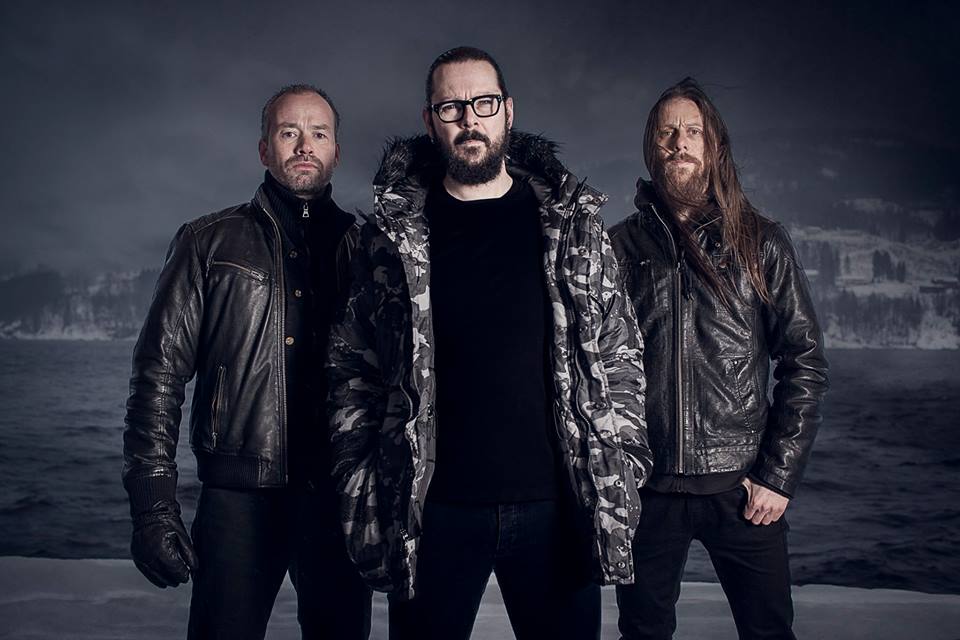 Emperor have become known as one of the originators of symphonic Black Metal that Norway is internationally renowned for. Their cult album “In the Nightside Eclipse” has been ranked among albums like Slayer’s “Reign in Blood” and Venom’s “Black Metal” as a definitive masterpiece of our time.

In 2001 Emperor released what was to become their swansong, “Prometheus – the Discipline of Fire & Demise.” An epic and progressive metal album that once and for all marked Emperor as one of the most adventurous and gifted Black Metal band of all times. In 2005, Emperor took the metal world by storm at a surprise show in Oslo when they announced that they were reforming for a few selected reunion shows in Europe and USA.

In 2005, Emperor took the metal world by storm at a surprise show in Oslo when they announced that they were reforming for a few selected reunion shows in Europe and USA.

Also appearing over the weekend will be Californian pit-masters DEVILDRIVER who are currently wreaking havoc in the US off the back of their crushing new album, ‘Trust No One‘. Having spoken to Overdrive a few months back, vocalist Des Fafara had suggested that the band would be playing some Summer festivals and are in for a major neck work-out! Get the full interview here.

Also appearing at Bloodstock 2018 will be brutal specialists NAILS, who will be bringing their unique blend of hardcore/metal and vicious punk to the hallowed grounds of Catton Hall. The Californian four-piece have been tearing up venues since 2009 and will no doubt pull off a stunning performance for the Bloodstock punters!

New album ‘You Will Never Be One Of Us‘ out June 17th via Nuclear Blast Entertainment.

Get tickets now for 2018! The first wave of Serpents Lair VIP tickets (priced at £290) and Deluxe VIP packages (Luxpads, Bellepads, Podpads, etc) are available now for those who want their VIP spot guaranteed. A smaller second wave and a limited amount of VIP upgrades will then become available on 16th December at 9 am. Don’t delay if you want to join us in the VIP Serpents Lair, as they’re moving faster than ever before!

Standard weekend tickets are currently available at ‘early bird’ prices (just £125 for four days of metal fun) so grab yours now at the ticket store if you want to save £20!  In order to keep up with inflation and extra costs in 2018, standard weekend tickets with camping will increase from last year’s £139 to £145 once the ‘early bird’ allocation is gone.  The limited allocation of VIP upgrades (for those who’ve bought early bird tickets) will cost £145.

BLOODSTOCK will take place at Catton Park, Derbyshire on 9th-12th August 2018.  Get further information over at this location.