It’s the most wonderful time of the year! Yes folks, Bloodstock Open Air kicked off today with the Sophie stage easing punters in for what will be a packed weekend of metal across four stages…

Spirits are high and the cold beer is flowing as the festival creaks into life from 6pm with Barbarian Hermit.

Their smasher “Made of Dirt” starts a pit that lasts for the entire set time, that ceases to end. The festival crowd are geared and prepped to get down and dirty with the band, because it’s only early and the tone has already been set to “high” thanks to Hermit .

Energetically charged frontman Harry Armstong pumps up the vibe on the vocal section, as he’s positively on fire. It’s pure southern groove rock and roll and heads, shoulders, hips, feet and hands sway and swing in a funky rock and roll ethos that fails to recant its base in its AC/DC and Sabbath-era head banging mood. 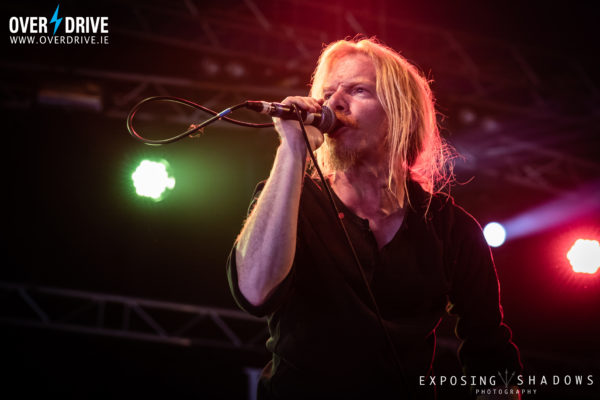 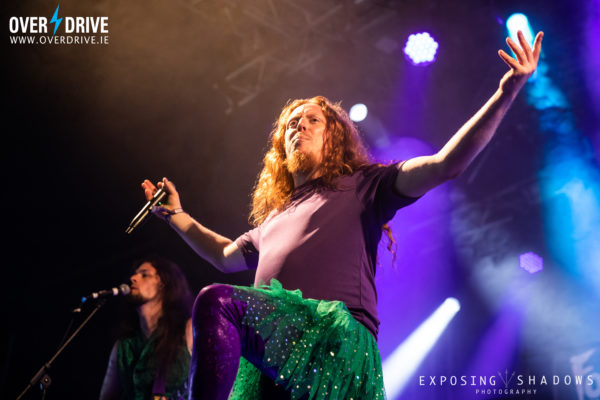 The irregular quintet never cease to impress, like an episode of Jackass; you never know what you are gonna get when you see them. Their setlist is as batshit as always like’ Clit Commander‘ and ‘Willies are for Weeing‘, but at first glance, its hard to take them seriously.

However, the respect is gathered in spades in their musician mastership. Everything was fine until Whitty whipped out his mankini….. good god. 3/5

The setlist of Ten Ton Slug, (which has Slug rider on my gym lifting playlist), meanders its way over the remaining people that are left alive. Good God above…. the pure gravity of the Slug is ‘abominationationable’ (is that even a word?). It’s like getting hit by 20kg of pure metal in each temple and going back for more. 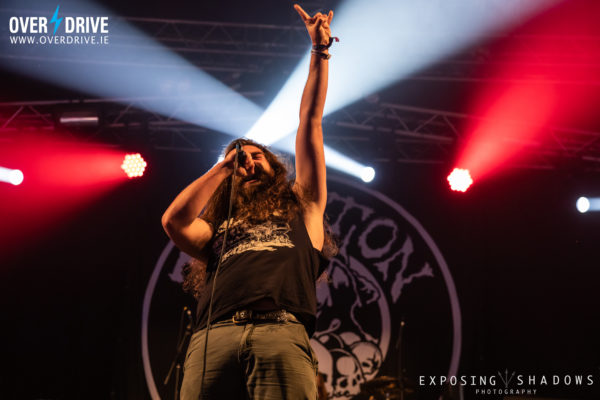 Fronted by Ronan O’Harrachtain, the malevolent insect worms its way into the very core of our metal hearts; infecting us with its slime-ridden filth. It’s like an addiction-ladled gardening lesson: only the pests play a gig that makes your ears bleed.

Guitarist Sean O’Suilleabhain mans the backing mic and hones in on the low growl gap left by O’ Harrachtains vocals in his dominance, but if you want a mentally aggressive band to kick you into doing something, do some Slug. 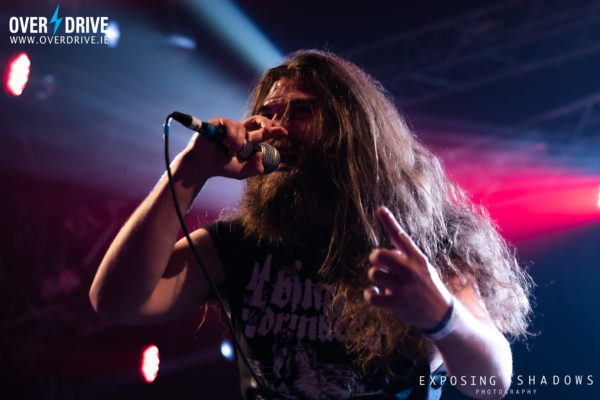 You’ll get high as fuck and feel like lifting a car afterwards. Finishing with “Matriarch of Slime”, and eventually “Unit”, the Slug has found a new audience after playing the New Blood Stage in 2016… and the fans are prey. Slime on. 4/5

Starting with an an increasingly menacing gradient that grows and casts aside those who came before them, Rotting Christ take no responsibility for the weekenders welfare. With a no-fucks-given attitude, the playlist pulls everyone into the remaining vibes left behind by TTS.

Rotting Christ kick in the door in terms of a fundamentally metallised and infinitely hardcore-infused band who absolutely maul the crowd with a depth-heavy assault. The audience is seriously and genuinely taken with the in- house show, and are going nowhere because all of the pit action is front and centre for everyone to absorb. 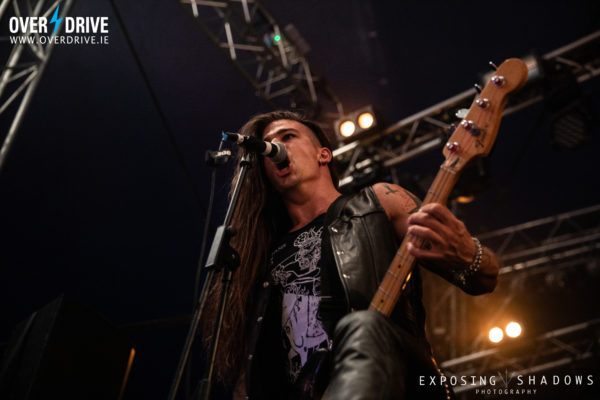 The encore is brutality embodied and goes down a storm. With a hearty ‘ Fuck You“, they bid us goodnight and seal off the opening night of BOA 2019. 4/5

Get a full look at Thursday’s gallery below.