BURNING WITCHES RELEASE ‘WE STAND AS ONE’ SINGLE/VIDEO – WATCH HERE…


Heavy metal coven BURNING WITCHES have just released their fourth full-length record ‘The Witch Of The North’, which the band celebrated with a streamed release show for fans around the world.

Today, they’re following up with the release of yet another music video for their newest single and one of the album’s strongest anthems ‘We Stand As One’!

Few bands in recent memory have established themselves as quickly as Burning Witches, and few are able to write such timeless, grand tunes with somnambulistic ease; carrying Judas Priest in their hearts without becoming overly nostalgic, whilst rapidly developing their own unique voice.

Now, the Witches have opened a particularly gripping page in their grimoire: an album forged in the fires of a pandemic, created with patience, finesse, and pitch-black lifeblood during a time in which even the Swiss coven had to retreat into the isolation and quietness of the dark woods.

Right there they hatched new spells and new ways of weaving their potent magic into the world.

For Freya, for the druidesses, for the witches as past, present, and future.

Several recording sessions with Swiss metal legend V.O. Pulver and their producer, thrash titan Schmier (Destruction), at the end of 2020, enabled this foremost incarnation of the band to take their explosive heavy metal to new heights.

This coven can’t be stopped by prejudice, nor by stakes, nor diatribes. The era of the Witches has begun. And anyone who won’t join this black magic circle will bitterly regret it for all eternity. 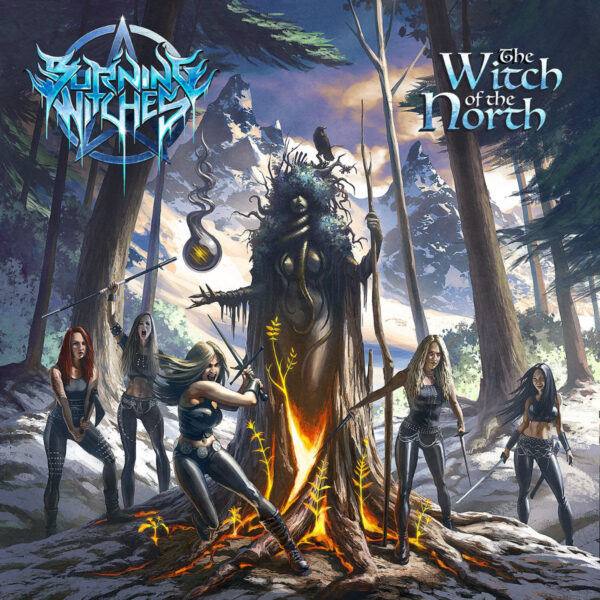