The undisputed masters of blackened deathcore, CARNIFEX, have returned to ignite sonic memories of albums past with the scorch of old-school sound. 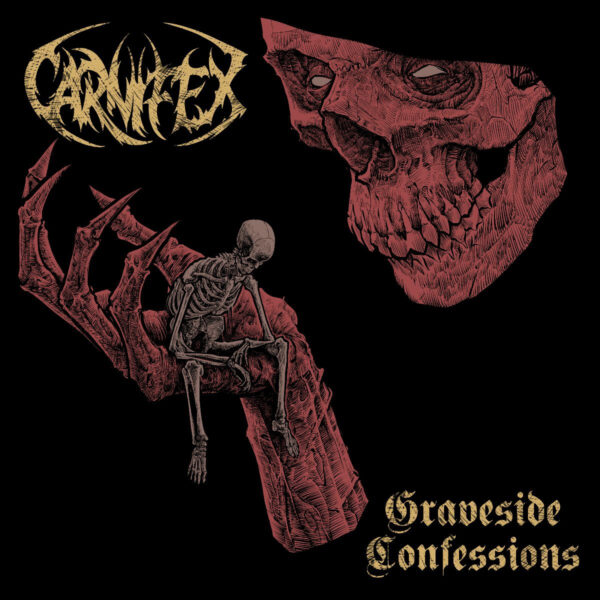 In celebration of the release of their eighth studio album, the band offers fans the visualizer for the track “Cold Dead Summer” which you can view below…

CARNIFEX comments, “‘Graveside Confessions’ is available everywhere today, this record is 100% for the fans that kept us alive all these years, come see us on tour and get the record!”

‘Graveside Confessions’ is no stranger to the harsh world in which it was created. While all of humanity experiences the turmoil of pain, weakness, and betrayal, it is also deeply ingrained in our nature to keep these notions closely protected; to keep them secret. Often as we approach death, we feel an insatiable need to reveal these things to one another; to confess.

The album arose just in time to aid in celebrating the 15 year anniversary of the debut CARNIFEX album, ‘DEAD IN MY ARMS’. The band revisited their first album to re-record 3 songs, but now with huge advancements in production technology. A return to their roots, these songs act as the completion of a circle; a return to where things first began.