GRAMMY-nominated band Code Orange have shared their official music video for “Autumn and Carbine,” which debuted during Adult Swim’s Toonami broadcast this weekend. 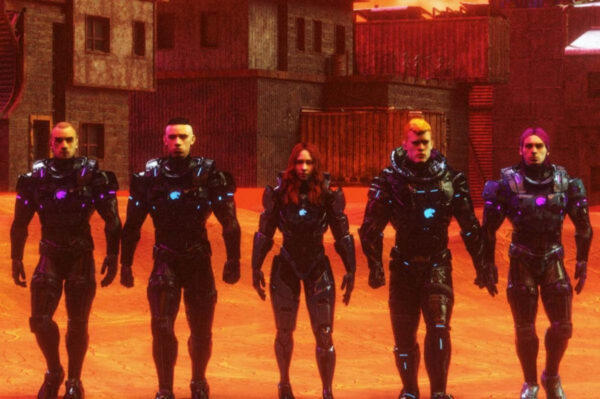 The animated video, which was directed/animated by the band’s own Eric ‘Shade’ Balderose and Jami Morgan (NOWHERE2RUN Productions), follows Code Orange into a dystopian wasteland as they confront the thieving overlords of a ruined future society.

The band also utilized DIY motion capture techniques to animate the various performance scenes in the video which is streaming now below:

Code Orange’s 2020 album UNDERNEATH represented a creative and critical high mark for the band.

It closed out last year on multiple year-end lists. Code Orange have also garnered a 2021 GRAMMY Award nomination in the category of “Best Metal Performance” for the title track “Underneath.”