The fire is aroused – Combichrist are back, with their full arsenal on show. Precise. Lurking. Merciless. 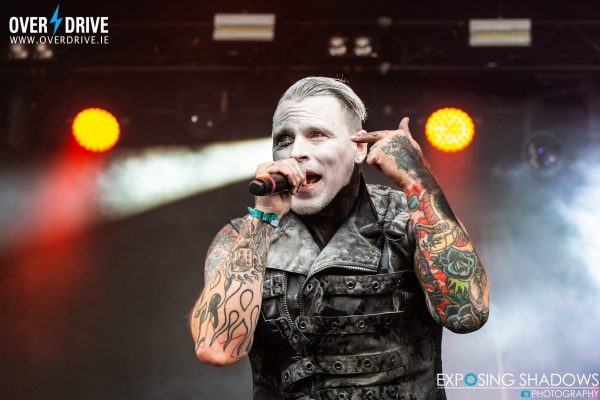 The band’s ninth studio album “One Fire“ will be released on 7th of June, and it shows a band at the top of their game.

Cold industrial, heavy riffs seal a sinister alliance, driven by pounding rhythms, forged in 15 years of successful career. Because “One Fire“ is rooted in the past glories and also looking forward in one.

Formed of aggressive music and unchained live shows around the full globe, Combichrist returns to their roots and celebrate the sound that made them great.

They receive support by Burton C. Bell (Fear Factory) who provides vocals for “Guns At Last Dawn“. Provided with a cover that expresses pure chaos crafted by Deka Sepdian (known by the fashion line “Deathrod“ by singer Andy LaPlegua), “One Fire“ is an album that enables you to channel and overcome your anger and frustration.

“One Fire“ will be released as CD and as 2-CD Digipak. 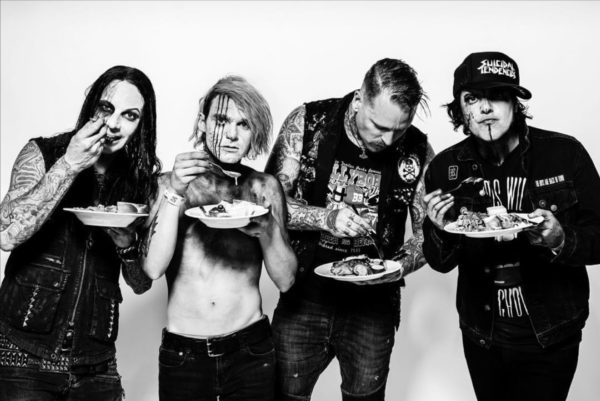 The band also has something special for vinyl fans: the limited Double Vinyl we be released in orange and pink, not only with different vinyl colors but also with colourwise fitting covers, and additionally, one record is a picture vinyl with two different motifs.

And if you want the full program, your choice is the box limited on 1000 units and handnumbered, including the Digipak, an additional Bonus Remix CD, Keyholder, Hipsterbag and of course the Certificate of Authenticity.

Catch Combichrist in Dublin for an exclusive show in the Voodoo Lounge on June 25th. Tickets are on sale now via DME Promotions. 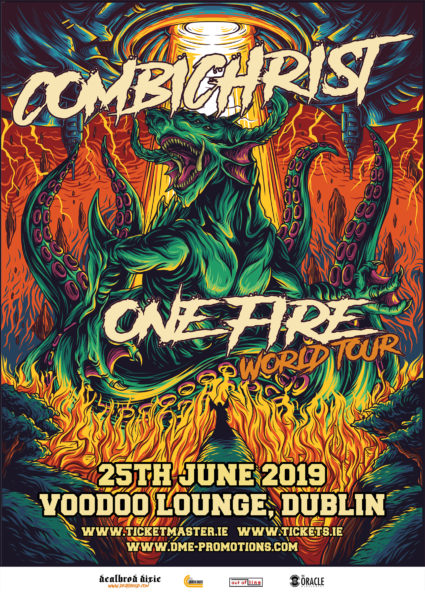