The UK’s legendary extreme metal icons CRADLE OF FILTH have changed the release date of the first single off their eagerly awaited 12th album, ‘Cryptoriana – The Seductiveness Of Decay’. Details below. 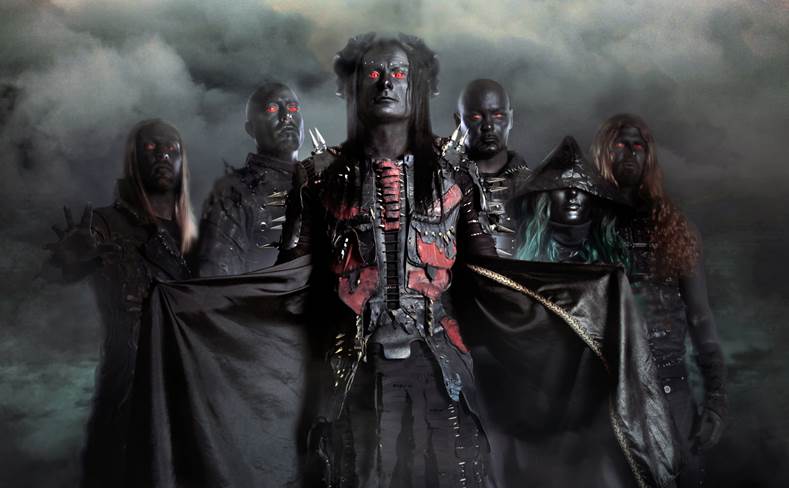 Debut single ‘Heartbreak And Seance’ will now be released on July 11th, and the pre-orders for the album will go live on the same day.

The band recently shot a music video for ‘Heartbreak And Séance’, which will also be released on July 11th. Find some photos from the shoot below.

“Working with such an artistic director as Artūrs Bērziņš was indeed an honour, as the video shoot was very extensively planned, involving a myriad of extras and crew, make-up girls and set builders, a crow, some well-behaved snakes and a considerable amount of snow, candles, water, trees, naked bodies, lamentable mourners, as well as all being submerged in suitably gothic landscapes and vistas.  And the fact that we travelled to Riga in Latvia to film it was also very unique and interesting. The video itself is fantastic, drawing from the darkly erotic imagery of the album artwork and bringing it to richly technicoloured classical life. We had such a blast shooting it, as the accompanying photos attest to…”

‘Cryptoriana – The Seductiveness Of Decay’ will be released on September 22nd via Nuclear Blast. Find the stunning cover artwork by Artūrs Bērziņš below. Bērziņš is the mastermind behind the new record’s artwork, photography and videography – best known for his defiant neo-symbolism raster graphics and oil paintings; postmodern interpretations of classic myths. He has been proclaimed as a “sacred monster of Latvian postmodernism”.

Cradle of Filth will make their return to Ireland with a performance on Halloween Night in Dublin’s Academy. Please check DME Promotions for updates and tickets. The official link can be found here. 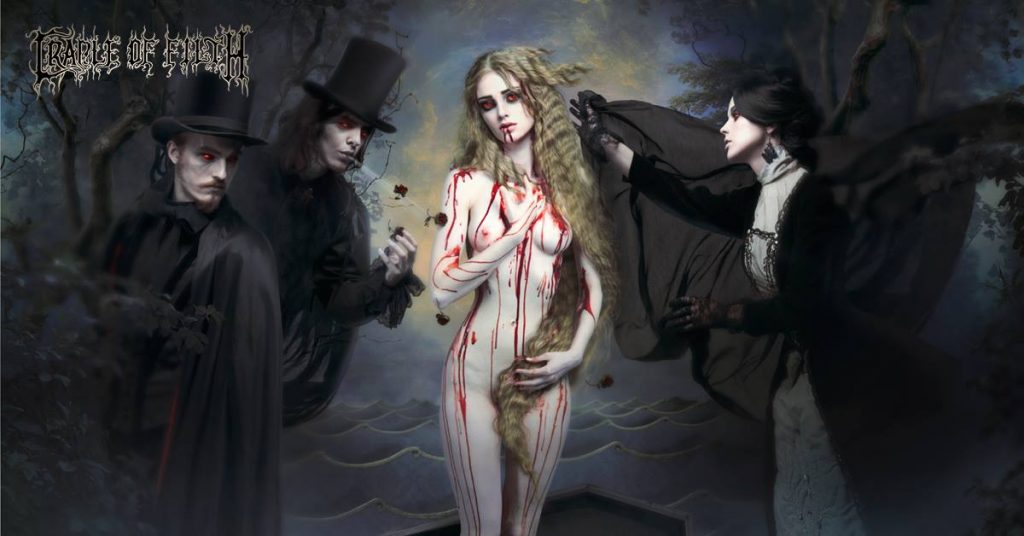 Check out these exclusive behind the scenes photos;