As we await a new Death Grips album, and who knows when that’ll be given the air of mystery surrounding the duo, we’ve got some new stuff to chew on! 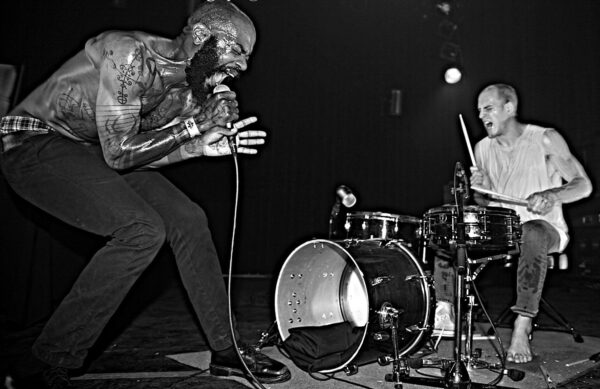 Death Grips is now streaming both their experimental 28-minute EP Gmail and the Restraining Orders and their track with Primus bassist and vocalist Les Claypool, “More Than the Fairy“.

It is believed that Death Grips will be releasing a new album this year. As soon as we have solid information confirming track listings, cover art and albums title, we’ll let you know.