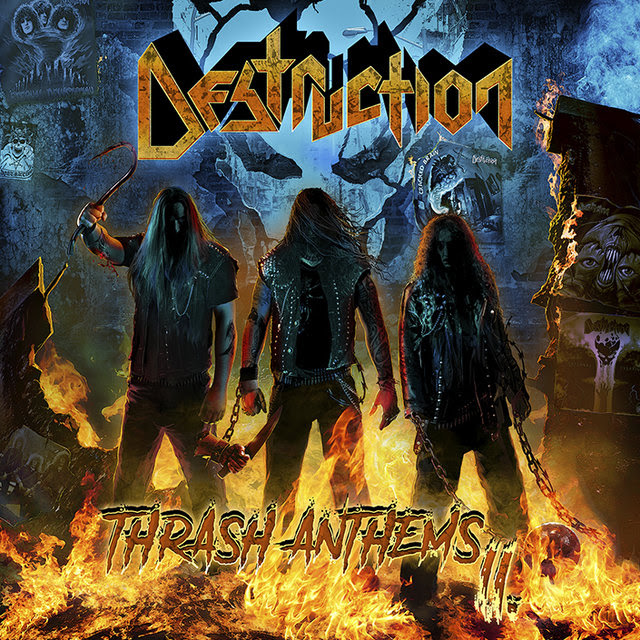 In 2007, DESTRUCTION proved how successful re-recording some of their timeless classics and reimagining history could be. The follow-up to 2007’s ‘Thrash Anthems‘ is ready to rock the metal world and shows how fans can be part of both a band’s history and future. For ‘Thrash Anthems II‘, DESTRUCTION called upon on their loyal fans through PledgeMusic to help them create the record and contribute to the band’s epic history. 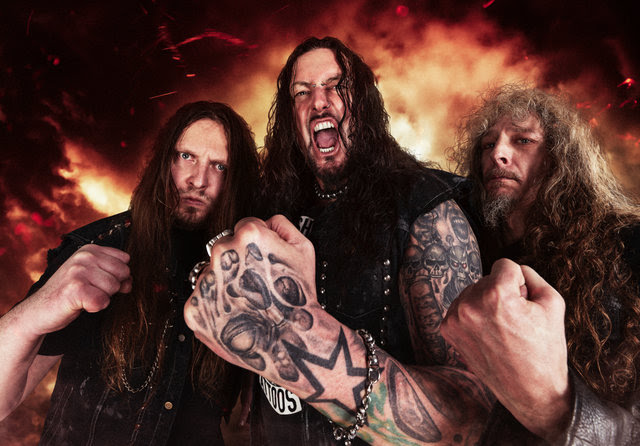 Mastermind Schmier states:
“As it is a part of our past to relaunch classic songs from our history with a fresh face and we had many demands on a ‘Thrash Anthems’ continuation, we decided to do the second part of this re-animation of classic 80s DESTRUCTION material. For us, it was important to choose the tracks with the fans and first when NB did not wanna do the album we decided to do a pledge campaign to raise the funds for the production together with the die-hards.

To make a long story short, we know not everybody will like these new versions of those thrash evergreens (just listen to the originals then) but it was an important task for us to keep them alive for a whole new generation of metalheads that love those fresh and brutal new recordings. We are very happy now, that our label is finally releasing this collection of thrash classics. The vibe on this record is so vicious, uncommercial and has this 80s feeling with an even more aggressive edge and THAT is was made our THRASH so special, in the good old days and now!”

This stunning artwork was created by acclaimed artist Gyula from Hungary, who has also created artwork for ANNIHILATOR, GRAVE DIGGER, STRATOVARIUS, TANKARD and many more.