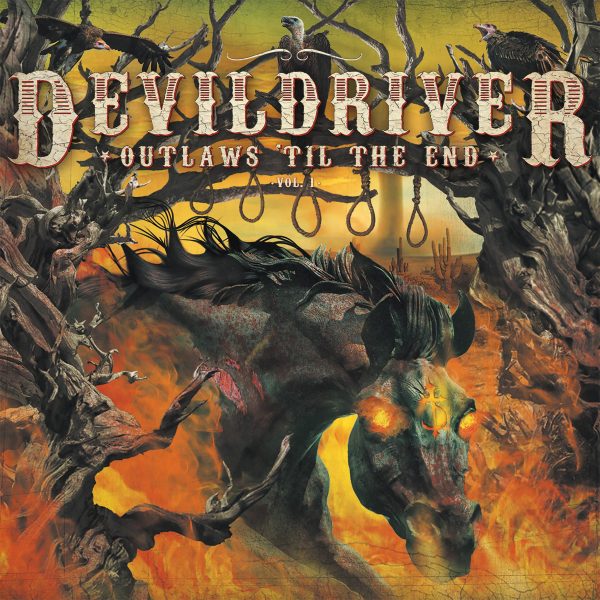 Country Heroes featuring Hank3 himself on vocals, together with DEVILDRIVER frontman, Dez Fafara. The track kicks in with a classic outlaw country intro, instantly careening into a heavy assault accented by Hank3’s Ozzy Osbourne-influenced vocal line.
“This record would not have meant as much to me without having Hank3 on board,” says DEVILDRIVER vocalist Dez Fafara. “He is one of the most authentic and real outlaw country artists out there right now. ‘I’m drinking some George Jones and a little bit a Coe…’ etc., that is genius writing from Hank3 and should be recognized as such. I’ve heard this song as ‘heavy’ in my head for a very long time, so to re-track it and have Hank3 appear only to sing almost Ozzy-ish is just an over the top treat to the ears! Enjoy!”

Recently DEVILDRIVER revealed the first of several segments of a new video interview series supporting the release of Outlaws ‘Til The End. The initial part, titled ‘Intro to Outlaw Country‘, features the members of DEVILDRIVER as well as album guests Randy Blythe of Lamb of God, Wednesday 13, Burton C. Bell of Fear Factory, Lee Ving of Fear, Hank3 and Brock Lindow of 36 Crazyfists discussing their personal introductions to the outlaw country genre and how it has influenced them as musicians.

Meanwhile, Lamb of God members Randy Blythe and Mark Morton contribute to an exhilarating decimation of Willie Nelson’s Whiskey River before Randy makes a second appearance on DEVILDRIVER’s version of cowboy standard Ghost Riders In The Sky; the latter featuring John Carter Cash Jr, the son of Johnny Cash himself.

The album also features the iconic voice of Fear, US punk rock legend Lee Ving, on Johnny Cash’s The Man Comes Around and David Allan Coe’s The Ride.

6. If Drinking Don’t Kill Me (Her Memory Will)
Written by Harlan Sanders, Rick Beresford; recorded by George Jones
Performed by Wednesday 13 & Dez Fafara

7. The Man Comes Around
Written by Johnny Cash
Performed by Lee Ving of Fear & Dez Fafara

Still charging forward against the grain and on the form of their lives, DEVILDRIVER have never made a record like Outlaws ‘Til The End before.
But then, nor has anyone else. The perfect marriage of badass country grit and neck-wrecking groove metal supremacy, it’s a pistol-packing game-changer delivered by true heavy metal outlaws.

Stay tuned for more new music and videos coming soon in anticipation of Outlaws ‘Til The End.

Check out the ‘Intro to Outlaw Country‘ video below; 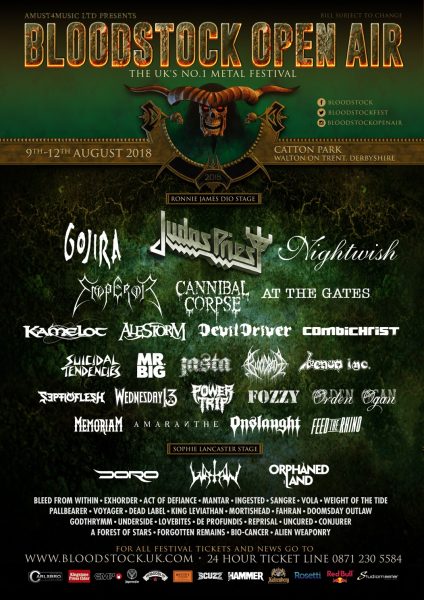 The collection of savage metal interpretations will be released via Napalm Records on 6th July and can be pre-ordered at this location. 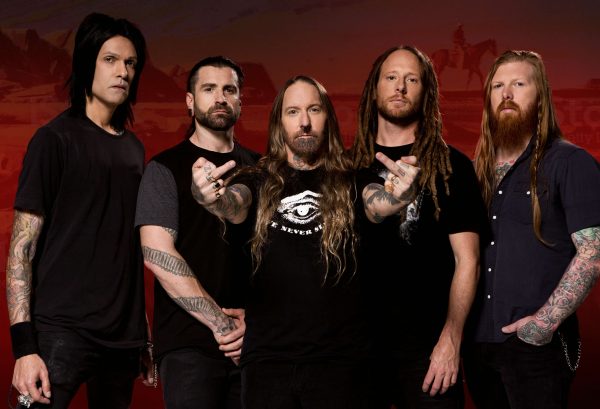