Devin Townsend has confirmed that the setlist for his 2020 tour will include material from STRAPPING YOUNG LAD, the seminal industrial metal outfit he fronted until 2007.

Since the band’s dissolution, Townsend has been asked repeatedly whether he would reform STRAPPING, only to cite the mental and physical toll the group took on him, in addition to his desire for new musical pursuits.

In a brand new interview with Australia’s “Everblack” podcast, Townsend spoke about his upcoming touring activities in support of his recently released “Empath” album. He said (hear audio below): “I’m doing a tour in November that’s gonna be a very selfish tour for me — a ton of people onstage, playing a bunch of stuff that I’ve wanted to play for years, a lot of improv, a lot of really interesting things. But starting next year, I’m gonna be touring everything, and that includes the STRAPPING stuff. I’m gonna be doing what equates to… like, what’s a ‘best of’ what I’ve done over the past few years. Let’s make this live venture for me the best it can possibly be and learn from your past and come back out.”

Elaborating on his decision to perform STRAPPING material again, Devin said: “I think there’s a lot of musicians that fall away from metal. But I kind of fell back in love with it recently. But in no way does that mean that it’s taking over. It’s a big part of what I do and it’s a big part of who I am, and I think I’ve denied that for a certain amount of time. But it’s everything, man. It’s like ‘Empath’ was for me — the metal part of it is just as big a part of my trip as the mellow part of it. It’s not one over the other; it’s just who I am.

After a brief stint singing with Steve Vai at the age of 19, Townsend formed STRAPPING YOUNG LAD as a way of venting his frustration with the music industry.

STRAPPING YOUNG LAD broke up in 2007, one year after releasing its final studio album, “The New Black“. 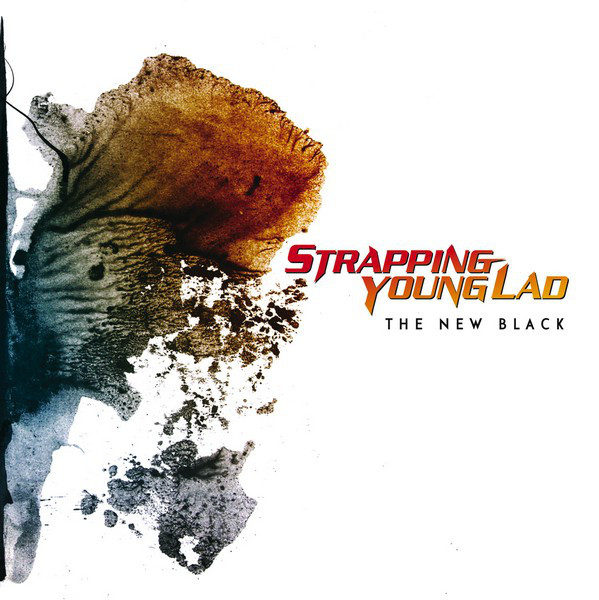 Back in 2013, Finnish label Blood Music released a STRAPPING YOUNG LAD vinyl box set containing all five of the band’s full-lengths, as well as extra vinyl dedicated to the group’s non-album material.

Catch Devin Townsend on the following dates below; 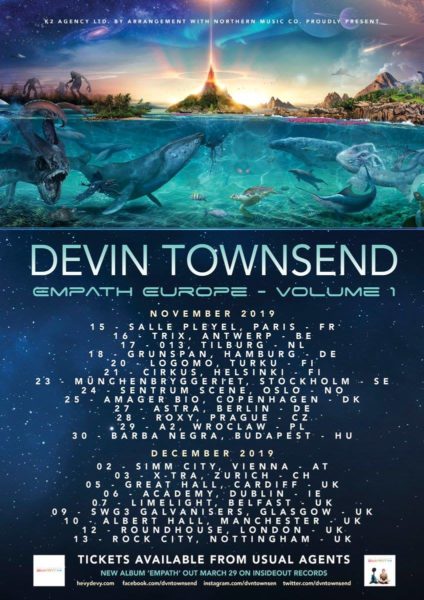 “Empath” was released on March 29 via InsideOut Music.