DINOSAUR PILE UP – “We accidentally stayed in a meth hotel once!” Matt Bigland


Imagine being on the brink of packing it all in. Road-burned, exhausted, disillusioned and ready to walk away from a band that you’ve literally poured your heart and soul into for the last twelve years. 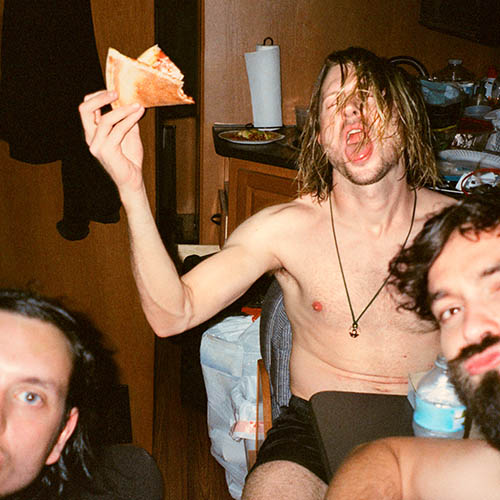 This is the story of how Dinosaur Pile-Up were pulled back from extinction (see what I did there!) We spoke to singer/guitarist Matt Bigland about the bands bombastic new album ‘Celebrity Mansions’, their incredibly timed deal with Parlophone Records and much more…

With two banging new singles served as piping hot previews for what was to come on ‘Celebrity Mansions‘ Dinosaur Pile-Up have been giving the chance of a lifetime and according to Matt Bigland, they’re gonna take it and run as fast, as hard as they can. 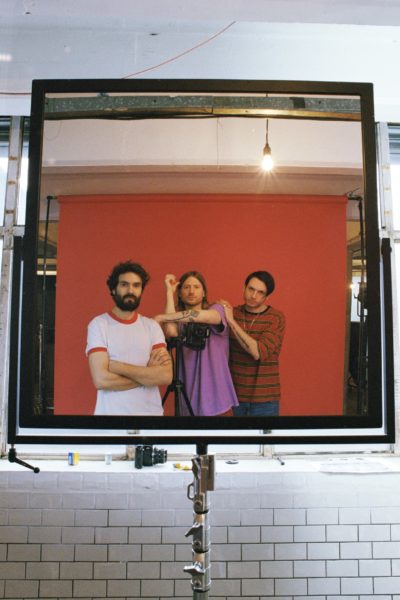 OD – As always there’s a pretty good story behind album titles and in this case ‘Celebrity Mansions’ is as catchy and provocative as the music itself, can you tell me about the reasoning behind the album title as I believe that it came from a momentary outlook while you were on tour busting your ass’s while the new generation of kids are making dollars from posting stuff online?

MATT – The title comes from a time when we were on the road and in our shitty RV and we were killing ourselves on those US tours. Just really grinding ourselves into the ground in the hope that things would get better and then we would be looking at social media and seeing these hugely successful influencers who are making a great living off the publics need for the celebrity culture.

Social media really tends to promote that way of thinking, you know? That the only way to be happy is that if you’re famous or you’ve got a million followers, or whatever. So, the contradiction between our scenario and what we were seeing everyday on social media was day and night to some degree. Yes, we wanted to make it, but in the traditional way of working hard and not just sitting on our asses sending vacuous tweets and pointless videos and a whole load of nothing.

The way we were touring and living compared to the effortless incomes that these people are getting is something that really made us think, hence the album title ‘Celebrity Mansions‘.

OD – With reference to the way things have gone in this industry, do you ever think things will resort back to a more organic and actually ‘talented’ exchange or is the future fucked?

MATT – Well, I don’t really think we’ll get back to the way people used to make music and I also don’t want to think of the future of performing live music with real musicians is totally fucked [Laughing] but at the moment it’s looking really grim.

It is what it is. It’s kind of like; “you just have to get on with it“. Do you know what I mean? Rock music isn’t as fashionable as it was say 20 years ago. If you want to be in a rock band and you want to be able to survive and continue to do that for a living, it’s fucking hard! That’s raised a lot of important questions for us and we’ve genuinely asked ourselves:”Why are we still doing this?“, because it can, and has been really fucking crushing at times.

Obviously we’ve come through those bad times and it’s made us stronger than we were before we had to experience that negative stuff. The upside is that we can still create music that we’re still very excited about, which is a feeling that is just priceless. 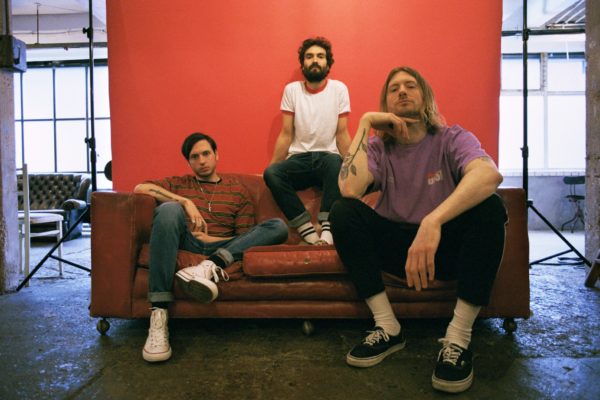 What’s even more encouraging is that when we released the first two singles, people were so stoked about them. Those are the highs. But it can be devastating at times also. When you believe in something so much and you fucking give everything to it and you know that that it has value and you’re in a world that it doesn’t really fit anymore and people are not really bothered or can’t afford to pay you anymore to do what you believe in, then it’s just a really depressing situation.

I love the fact that we have made a record that promotes joy, even though it came out of some really fucking hard times. It’s a really euphoric party album.

OD – The two single that have been released to date (Thrash Metal Cassette and Backfoot) are absolute bangers. These tracks are so infectious, they sound like they almost wrote themselves. Did you have some ideas prior to the writing process or did they just come together really quickly from the get go?

MATT – Thrash Metal Cassette has a great story, which was when we were in Orlando (on another fucking US tour [Laughing]!) I was at the venue and was waiting for our sound-guy to arrive and I just started playing that riff, thinking to myself; “That’s cool” and then I turned around and there was a stage hand over in the shadows and he was head-banging and totally into it! So, I guess from his reaction, I thought; “Okay, I better keep this one” [Laughing].

The whole album is essentially about energy. The chaos of the up’s and down’s while on the road, living in that RV and moving from city to city doing what we do, to anybody that cared to listen to us. Those American tours were just wild and loaded with visceral experiences that translated over onto the album.

The other single “Backfoot“, that came from a really different place. I remember just after I wrote the riff (in the shower), I recorded it on my phone and just kept coming back to it over and over again and that’s how I got that really weird flow with the lyrics. As soon as I got the rhythm for the lyrics, I literally didn’t sleep for about four days, because I fucking knew there was something really wild about that song.

Those four days we a kind of hell because I literally didn’t go to sleep. I was very obsessed with that track and was dead set on finishing it, one way or another.

OD – You’ve recently signed to Parlophone Records (home of The Beatles, Queen, David Bowie, Radiohead, Pink Floyd), this must have been a “What the Fuck” moment for you when you finally singed that contract?

Also, the fact that they released ‘Thrash Metal Cassette‘ as the first single is mental! When I think to myself; “Parlophone fucking singed us!!!” I can’t connect the dots as it just seems like a dream at times.

OD – This being your fourth studio album, do you find that your approach to the process of writing, recording and touring has changed with each release? (2010’s Growing Pains, 2013’s Nature Nature and2016’s Eleven Eleven.

MATT – Yes it was totally different. The reason is that we had decided that this was going to be our swan song! We were done for good after this album because we were just grinding to make ends meat. We were so burned from touring that it was just taking it’s toll and we were cooked. We had a great time touring around the world and it was a great experience but we were totally fucked from it all.

With all of that love for each other and for what we do, we just couldn’t see a way forward that was going to justify the continuation of the band. To be honest with you, there was a time when we didn’t even think we could finish this album as we were so stretched with finances as well as being exhausted.

We made the decision not to give a fuck what anyone thinks, we just wanted to make a great album for us. One that we were proud of and one that we could come full-circle and give it all up, knowing that we maintained our dedication and passion right to the very end.

The week before we got signed to Parlophone, I was at home and the record was finished and even though we were really happy with it, we were really bummed-out about the whole situation. I just thought that was the end of the line for us and the following week Parlophone got in touch and the rest is history.

OD – With regards to touring, I see that you have some dates in June (including Download Festival), then you’re off to American with Shinedown, will this be the biggest sized venues you will be playing in America to date? 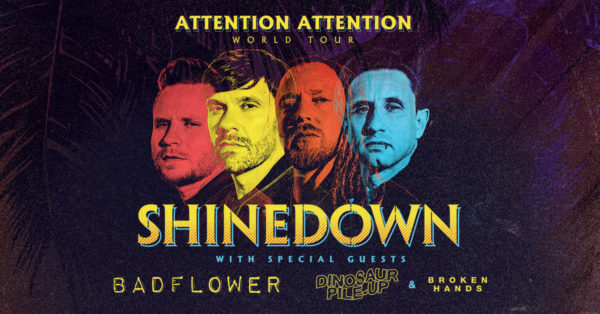 OD – What’s the worst experience you’ve had to date while on tour as I know things can be equally as fantastic as they are bleak at times?

MATT – There’s been a few hairy moments that’s for sure. There’s one story that we think of from time to time and it’s just so fucked up. We accidentally stayed in a “Meth Hotel” once. [Laughing] 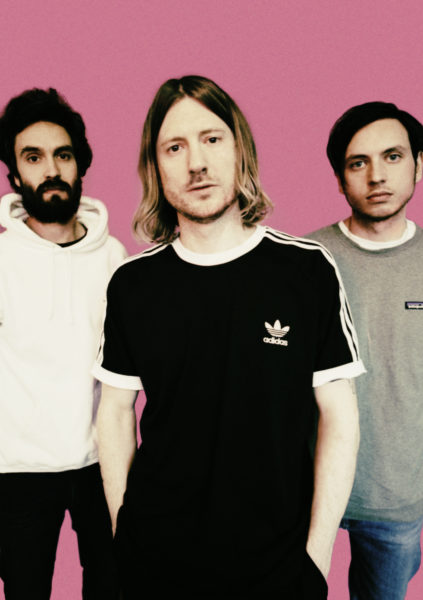 It was a kind of meth den outside of Orlando. We simply had to stay there as we were just so tired. There was a huge horse racing event on at the time and all the hotels were totally booked out. We had come in from the UK did a show and was destroyed tired. Like falling asleep at the wheel tired, so we had to crash out and the only place we could find was this fucked up looking motel.

The place was just so fucked up. The receptionist was asleep with no pants on, when he stood up we were like: ‘What the fuck?‘. He gave us the key to our room and right behind the door was a pile of human toenails [Laughing]. I’m not kidding man. HUMAN TOENAILS!

The sheets on the bed had blood stains and I’m not talking small dots of blood, I’m talking like some poor bastard was knifed or shot on the bed. There was cockroaches in the bath, the mini fridge under the sink had some strange food type stuff in it that was rotten. It was just unbelievable. Oh, yeah, there was flies everywhere also. It was the very definition of a shit-hole but that’s not the best bit!

When we were leaving in the morning at 8 AM, our tour manager was sorting out the checkout process and get the WIFI code which the receptionist didn’t have but tried to sell him some crystal meth. Then all the other people in the motel we watching us and it turns out that it was cheaper for meth addicts to rent a room in this shit-hole than get a shelter/hostel for the night. So, the whole hotel/motel in the middle of nowhere was a huge meth den. We were so lucky that we didn’t get killed or robbed.

Dinosaur Pile-Up’s new album “Celebrity Mansions” is out now via Parlophone Records. Catch them at the UK Download Festival this weekend. Get full details here.

Win vinyl / CD copies of the album by clicking here and answering the question on our facebook page.