DME Announce At The Gates!


It’s almost like the God’s of Metal have been granting plenty of wishes of late! This morning DME Promotions announced At The Gates for a special exclusive one off show in Dublin’s Academy on January 31st. 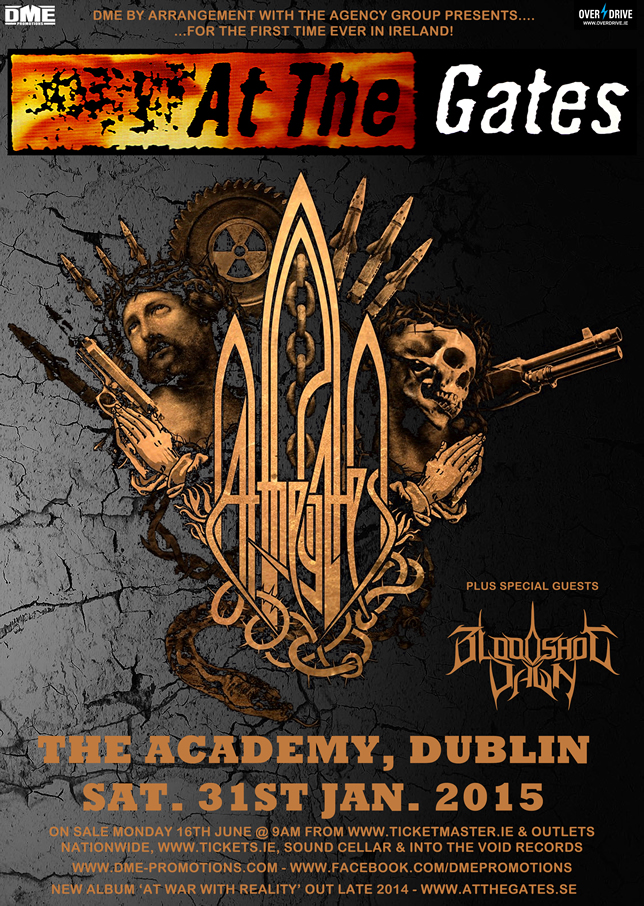 Ahead of their new album, which is due to hit the Metal world up-side the head this Autumn, At The Gates in conjunction with DME Promotions announced this morning an exclusive debut Irish performance for January 31st 2015.

This will see the Swedish Death Metal outfit bring their brutal assault of sonic brilliance to Dublin’s Academy for a night that will no doubt be one for the books.

Support on the night will come from Bloodshot Dawn who will be warming up the pits on the main floor, so make sure to get down early and get stuck in.

Tickets for At The Gates will be on sale MONDAY 16TH JUNE at 9am and are expected to sell out! Don’t miss out on this show!

DME Promotions will have two more heavy weight show’s to announce tomorrow so stay tuned!  Trust us, you won’t be disappointed!

For more information on this show and tickets for many others, just head over to the DME Promotions website here!