The Doors Alive return to Dublin to headline the Academy.


Having been together for nearly a decade now, The Doors Alive capture the true essence of who The Doors really were as not only a band but as four separate individuals. Overdrive caught up with vocalist William Scott to talk about the legacy of the band and what we can expect from their midnight show in Dublin’s Academy on Friday 5th December. 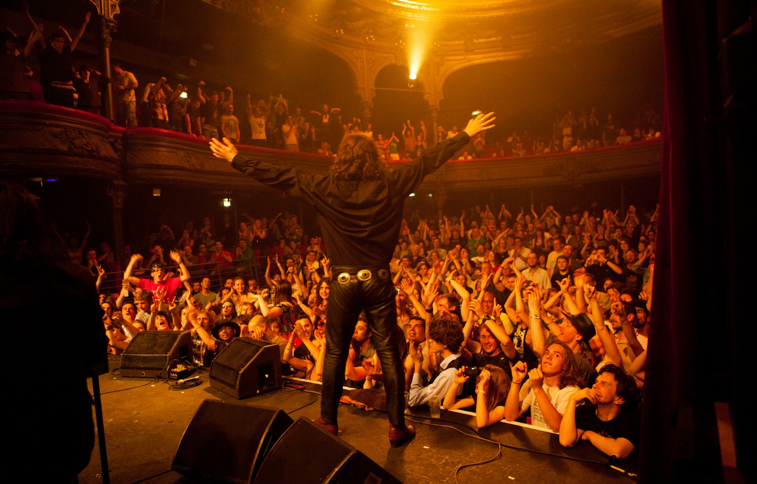 Tomorrow night will see The Doors Alive taking to the stage in Dublin’s Academy for an intense live experience that will leave you hypnotised!

OD –  This will be the 10th year that you have been together; do you ever look back and think about things when you started out?

William – There has been a few line up changes since the band formed, but I have been in the band for six years now. Looking back I guess I’m really surprised at how successful the whole thing has been. We were playing small back rooms in pubs and then in the UK we started playing Academy circuits and then that translated over to Ireland and then other things started to follow and now we are doing this all over the world. I would never have anticipated that it would have gotten this big which it just great! 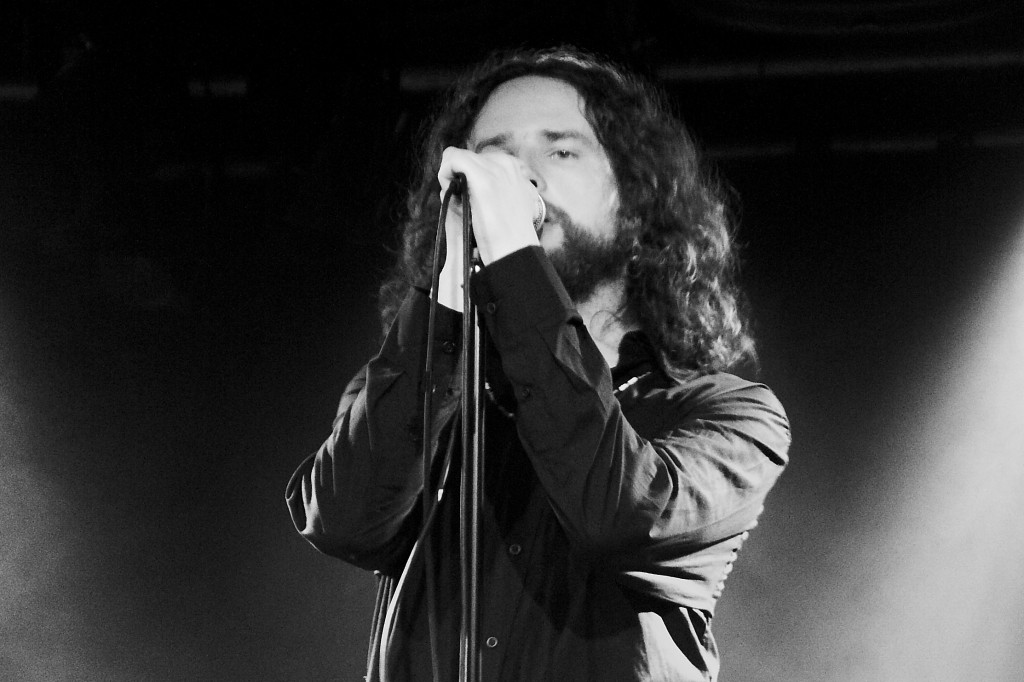 OD –  It seems very clear that you have all collectively spent a great deal of time studying now only the music but the very character of each member of The Doors. Can you talk a little about this process?

William – Yes, definitely we all studied the entire legacy of The Doors and have spent countless hours, days, months and years reading interviews, books, looking at old concert footage, listening to old recordings and searching through the internet and YouTube for any new material that we can possibly find.  It’s still not a finished process at the moment. To emulate someone takes thousands upon thousands of hours learning. Each member of the band does this and we try to be as close to the original member as possible. For me being Jim (Morrision) I just try to get into his mindset and just trying to feel what he is feeling when he performed. Also, things like costumes, they cost a lot of money to get just right and we have to keep changing it up as well as the set lists. With the music, there are a lot of medleys in the set and we have to think about whether it’s going to work in the set and really capture the true essence of The Doors. There is a hell of a lot of work that goes into what we do.

OD –  You sound remarkably like Jim Morrison, was this just something that you were gifted with or did you have to tweak / train your voice to emulate his?

William – Well I’m a baritone and so was Jim (Morrison), so I guess we both have the same kind of voice. However, I had to work really, really hard over the years and I am still trying to perfect what I do. I try different things and it’s kind of trial and error. Some things really work well and others don’t. I just have to keep striving to be the very best at doing this.

The funny thing is, I never actually applied to be in the band, it was my sister to put my name forward after she saw an ad in the NME (New Musical Express) and she never told me. So, I get a call from the guitarist at the time in the band and he asked me to come along and try out. I initially turned it down because I was already in a band and we were really busy at the time. I thought about it and called them back and I’m really happy that I did.

OD – So basically, you own your sister big time!

OD – You have played in Ireland many times in the past, what is it that brings you back here and do you notice a difference between the crowds reaction in different territories?

William – Well, as far as I’m concerned South America and Ireland are for crowd reaction and interaction with the music. We played in South America last year and we are hoping to to go back again next year but the reason I think Ireland and Dublin in particular is a great gig, is because there are just so many people there. The crowd is just completely electric, I mean when you walk out on stage in Dublin’s Academy, you really know you have walked out on a stage. It’s a great city with great people and not just me but we all really love being over there and performing for the Irish people. We are also going to be playing in Galway also this time around, so we are all just really excited about getting down to the West of the country.

OD –  With a series of dates booked from now right up to the new year and there after. Do you have any plans to take the show to America?

William – We have played in South American but not in North America as yet but it’s a dream that we are hoping will become a reality very soon. It’s just that there are already some Doors cover bands that exist over there and it really comes down to money at the end of the day. I have a feeling that we will get to play over there soon.

OD – What is your absolute dream gig to play in present time?

William – Well, from looking back over all the footage and from my extensive research on the band, I would have to say the Hollywood Bowl. I would just love to stand on that stage and get the feeling of what it would be like. To me that is the most iconic show that The Doors have played and it would be just a dream to have the opportunity to play there.

OD –  Have you considered writing original material in the style of The Doors?

William – We do actually jam original material in the style of the band all the time, but we never play it live. They are not full songs but just bits of music that have a huge influence from The Doors.  I work with a Dutch rock/dance band called The Storks, we are all in different bands and this is just a side project. There has not been anything released from them just yet but maybe down the line at some point. The Doors Alive is my main focus in a live setting and everything else that I do is in the studio as I am a singer/songwriter with my own publishing deal. 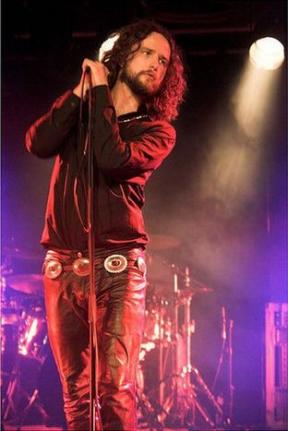 OD –  How accurate did you find Oliver Stones movie adaptation of the The Doors?

William – Well, I have read lots of accounts as you can imagine, it’s a bit glamorised and not entirely accurate. Lots of people think that the movie is not that great but for me it was one of the reasons that I got into the band in the first place as I was a kid when it came out. I think that it’s a great film and really enjoy it still to this day.

OD –  Have you read Danny Sugarman’s “Wonderland Avenue” and if so do you have any thoughts on the book?

William – I’ve read it and I just loved it. I must have read it three or four times. What a life that guy had. Unfortunately, he’s dead now but I was surprised that he lasted as long as he did with all the antics that he used to get up to. (Laughs) It would seem that Danny sort of modeled himself on Jim at times with some of his decision making which for me made the book even more interesting and entertaining.

OD –  What is your favorite song to perform from the set list?

William – The set changes every show. I bet all bands say that, but with us, it really is true. We have to keep changing things up to keep it interesting. If I had to really pick it would be “Been Down So Long,  LA Woman” and “Break On Through”.

OD –  Do you have any memorable (good, bad or strange) stories from the last ten years that you can share with us?

William – I have to be careful here, let me think. We have had very funny and odd things have happen, but one that comes to mind is one time during a performance of “When The Music’s Over” and during the lyric “scream of the butterfly” from the song, and mind you this was in the Winter time in York. A butterfly fly around the venue above everybody’s heads and then flew up on stage and around my head and then out the window. Everybody in the crowd was like “did that just happen?“. It was just a completely surreal experience.

OD –  For anyone that has never seen The Doors Alive before, can you give us a description of what to expect from the live show?

William – Well, its not just a concert it’s an experience. We have studied these songs and taken them apart and put them back together again, we take great care and attention in keeping the true essence of The Doors and really put on a big show. It’s a mass celebration of the bands music and if you like The Doors come along and have a great time, and if you don’t like The Doors, please let us know about it!

The Doors Alive will be performing at Dublin’s Academy at midnight on Friday December 5th. For more information, please check MCD for more details.