Ross Halfin and Rufus Publications have announced the publication of “Edward Van Halen By Ross Halfin”, a 320-page celebration of rock’s iconic guitar player, a man who changed the way rock music would be played forever. 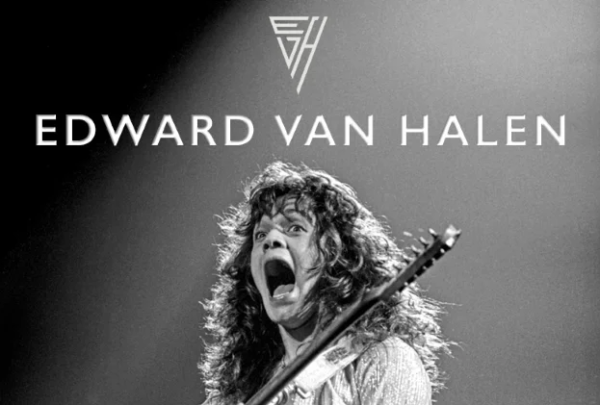 This extensive photo book features many classic and unseen shots chosen by Ross from his personal archive together with an exclusive introduction from Edward’s friend and fellow player Tony Iommi.

Two editions of “Edward Van Halen By Ross Halfin” are available for pre-order. The first retails at £275 and features a 3D lenticular cover, a metal guitar-shaped slipcase, includes some photographic prints, and is numbered and signed by Halfin.

The regular edition comes with a cloth-bound slipcase and is £89. The book measures 240mm x 345mm and is printed on 170gsm art paper.”SABBATH were making the ‘Cross Purposes’ album, and we were doing a song called ‘Evil Eye’,” Iommi writes in his introduction. “I suggested Eddie have a go.

He played it with us and started doing all the guitar parts and solos. I still have a recording of it somewhere, which we may put out at some point in the future.”Edward Van Halen By Ross Halfin” will ship in June.

Eddie passed away in October at the age of 65. His death was announced by his son.

Additional flowers, candles and fan mementoes were placed on Allen Avenue where Eddie and his brother, VAN HALEN drummer Alex, scratched their band’s name into the wet cement of a sidewalk when they were teenagers.

In October, a City Council meeting was held in Pasadena, where a memorial honouring Eddie was discussed. City manager Steve Mermell was directed to come up with ideas for how to best honour the musician.

VAN HALEN was inducted into the Rock And Roll Hall Of Fame in 2007.

This high end, beautifully printed and bound book, with its own cloth slipcase, is a perfect celebration of the life of one of rock’s most celebrated innovators. The book measures 240mm x 345mm and is printed on 170gsm art paper.

Pre-orders can be placed now at this location, with books shipping in early June. 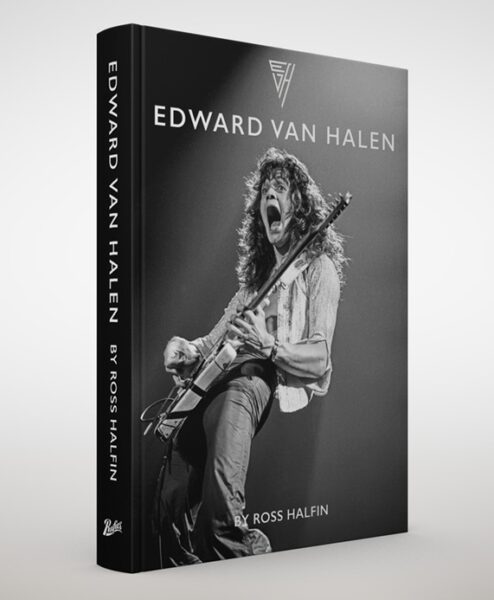