With their 10th studio album having just been released, Electric Six are in find spirits and ready to take on Dublin’s Academy on Saturday 29th of November. We caught up with eccentric front man, Dick Valentine and got to grips with just what’s been happening with the band. 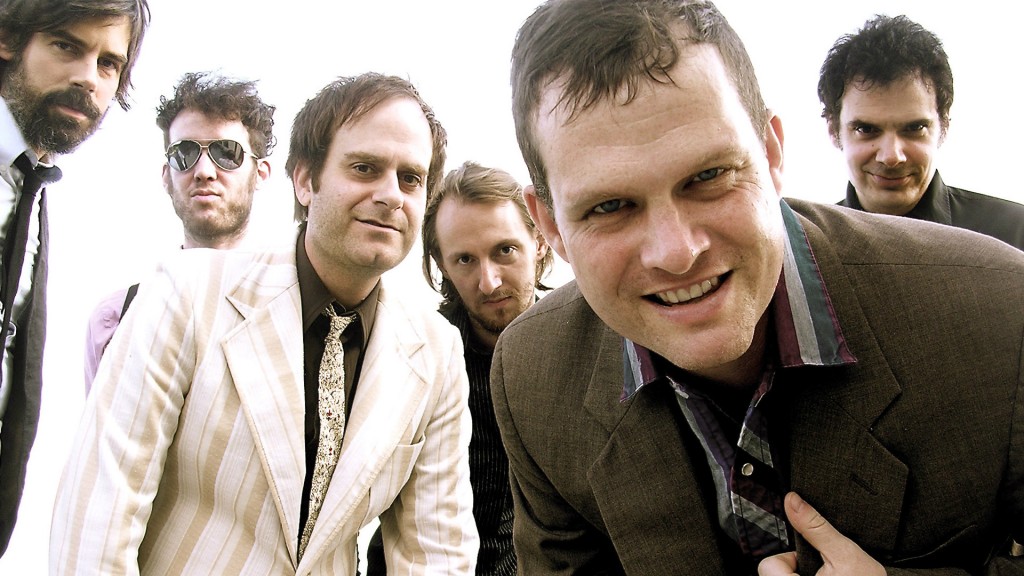 OD –  This is album number 10, which is a great achievement considering the state of the music industry, how much have things changed since the first album?

Dick – Yes, things have changed dramatically since we started out recording. We were signed to a major back then and as we broke away and became an independent band, the process of how we do our recordings has totally changed.
OD – How so?

Dick – Well, we don’t hire in a producer for the albums as we do it all ourselves. Johnny Na$hinal (Electric Six Guitar, backing vocals and bass) did the producing, the drums were mixed by Zach Shipps and we got our good friend Tony Hamera ( The Meatmen, The Volebeats ) for the mastering. We like to have full control over everything if you know what I mean. This way we don’t have to rush and can experiment with different approaches and sounds to the music that we are creating. It just feels so much more free and relaxed for us all collectively

OD –  Let’s talk about the new album, where did the title come from and what’s the reasoning behind this decision?

Dick – Well, the name came from a lyric that’s in one of the songs on the new album “I’m The Devil” and we just thought that it was a good fit for this album. We had come up with loads of other names and this one just seemed right.

OD – Has there been a decision made as to which song will be the first single from the album?

Dick – Over here in America, there really is no need for singles anymore. I know that things are a little different in Europe but not so much need for it over here. We had decided to shoot a video last August, but we have to keep re-scheduling as we are just too damn busy to get it done (laughs). Right now we are undecided as to which song will feature in the video, but that’s totally fine as we have a really cool idea for the concept and it can be used for any one of the new tracks from the album.

OD –  Regarding the writing process for this album, can you talk a little about the way you guys go about this, do you constantly write and if so, is it just riffs or lyrics first?

Dick – Yea, we just keep writing all the time really. There is no set standard as to how we do it because we are all just creating and mixing lyrics and ideas constantly. Like I said before, we have total freedom and as much time as we like to create our music and with that comes a totally pressure free environment for us to do what we do.

OD – Electric Six are one of those unique bands that appeal to many different genres of music fans, was this a conscious decision from the get go or was it something that just happened?

Dick – We seemed to attract a hell of a lot of attention from the fist album (singles “Danger Danger” and “Gay Bar”) and from there we just appealed to a lot of different kinds of musical tastes. We have always set out to just write whatever we feel we want and like to incorporate many different styles in what we do. I was totally into 80’s synth driven music and would write from that perspective and the guys would then just apply the electric guitars and load in that heaver Rock sound, as that’s where they are coming from and before you know it, we have a totally different kind of jam happening. It’s actually quite funny how much things change from when I am coming up with ideas on the keyboard and then watching it transform into something totally different.

OD – You took part in a Kick-starter campaign for your DVD “Absolute Pleasure”, how did you find that process and can you recommend it to any other bands out there? 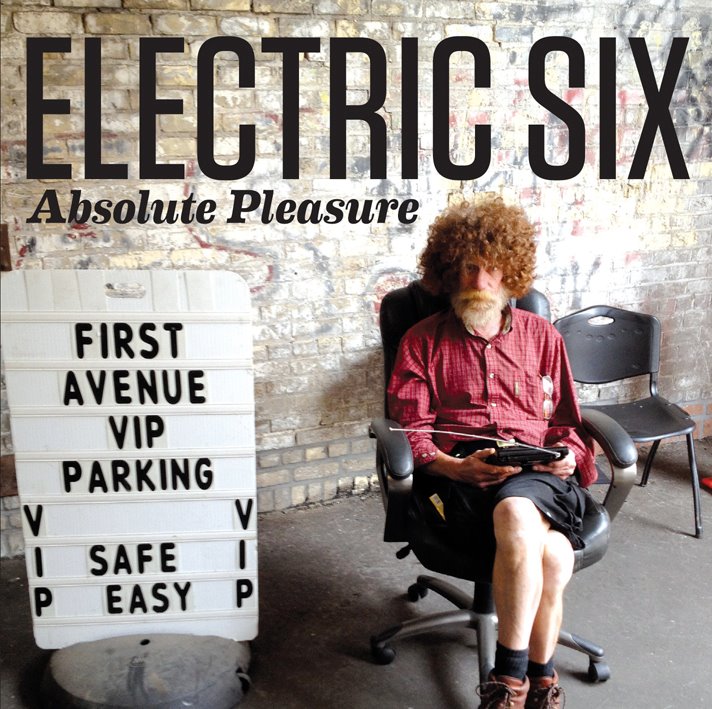 Dick – The Kick-Starter campaign worked really well for us and we had a blast doing it also. On nights off we would just check in and see how the campaign was doing and it’s just amazing to see the figure increasing. On the last night we were all in a hotel room together and were just seeing how it was all going to finish up and on the last minute we got another pledge which was awesome. We actually had a couple of auctions on there in which I would come over to your house and play a show in that persons living room and we all totally thought that it was going to be somewhere in like, Australia as we have a great fan base down there, but actually both of those auctions have been bought by people in Ireland! I can’t say where the gig will be happening, but all I know is that I will obviously there for he show on November 29th and will have to come back to do these gigs in a short while after (laughs).

OD –  Do you have any tips for looking after your voice when touring?

Dick – Actually no not at all. I just get up there and do what I do. After a few shows I just sound kind of frog-like but then it just mellows out and works for me the whole tour. So, no I don’t gargle with ginger or anything like that. I just jump right in (laughs).

OD –  Can you talk a little about the cover of “Human Zoo” and the concept behind the image? 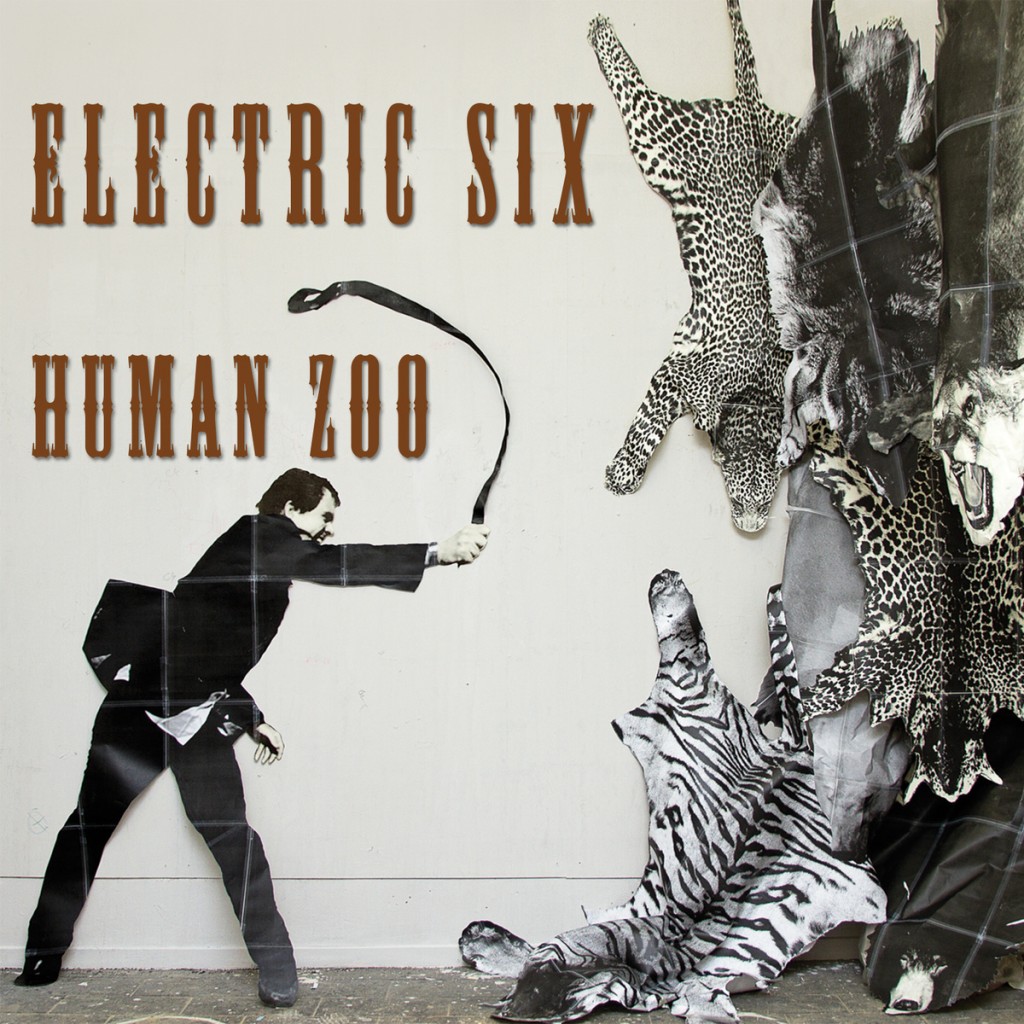 Dick – Well, we got an artist called Andrea Mastrovito to work the cover for us and it just so happened that Andrea was a fan of the band so it all just worked out fantastic really. As an artist Andrea really understood us as and since he truly utilizes a wide-range of materials and media, we just knew that he was going to come up with something that was perfect for “Human Zoo”.

Electric Six will be performing in Dublin’s Academy on November 29th (Saturday) and will be pulling out all the stops from their illustrious back catalogue. Tickets for the show are on sale now and available from Ticketmaster.

For more information on the show, please check out MCD for door and stage times as well as ticket availability. 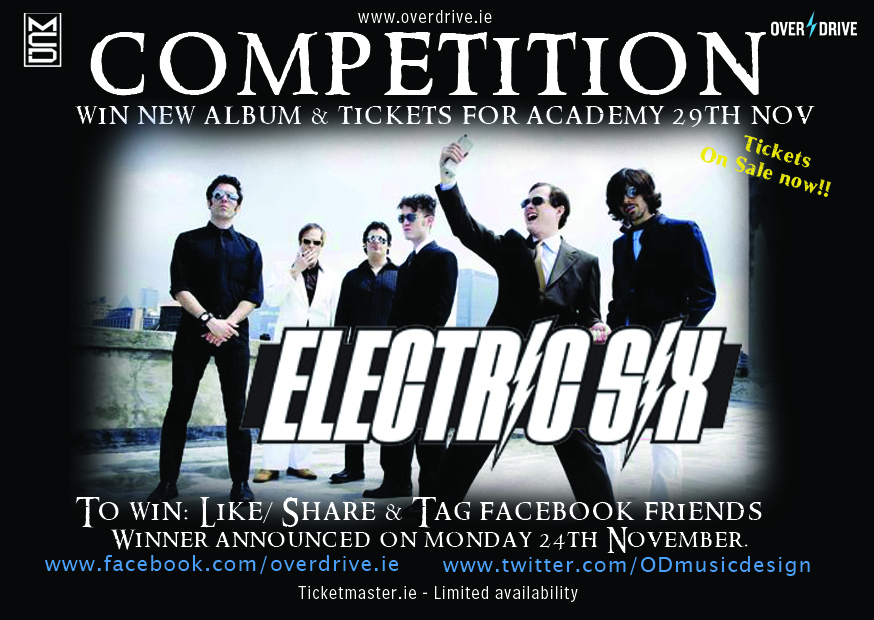 Click on this image and be in with a chance to win!