Norwegian progressive extreme metallers ENSLAVED have revealed a tour trailer for their upcoming Ireland, UK and EU tour, ‘Springrite 2013’. The tour is in support of their new album ‘RIITIIR’, which was released on the 1st of October 2012.

See below for the tour trailer details:

Tour dates and tickets can be found on the band’s Facebook page, here: Enslaved/facebook 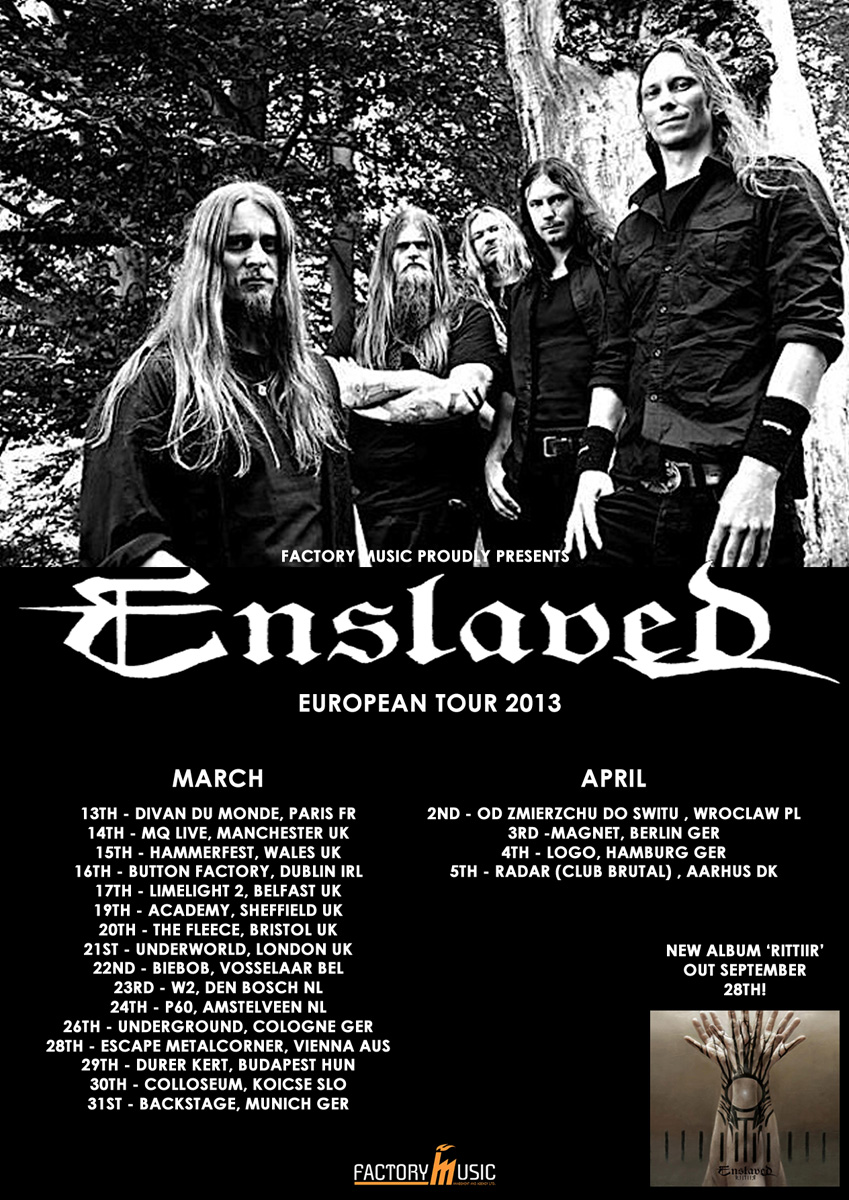