FEATURING INTERVIEW – SEPULTURA: ANDREAS KISSER – “We are not a 35-year-old band that releases a new album just to play the ‘old stuff’.


The heaviest export to every emerge from Brazil – Sepultura – are back with an album that could very well be the best release since the bands infamous classic back catalogue. Guitarist Andreas Kisser took some time out to speak with Overdrive about ‘Quadra’ and their return to Ireland this June; for Sunstroke 2020. 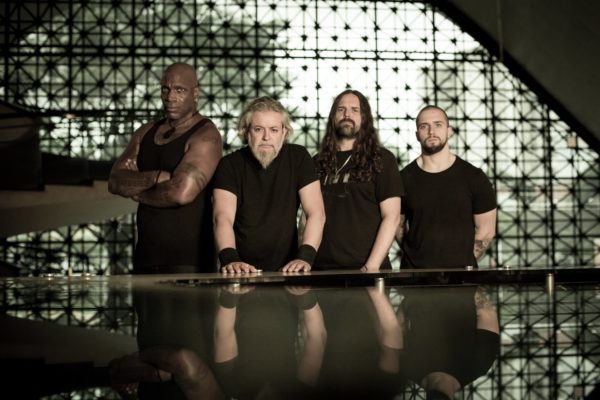 With a dominating presence in the metal scene since the late ’80s, Brazilian legends, SEPULTURA have encountered their fair share of problems along the way, from an internal split of the band’s founding members to management and line-up changes and much more.

Today, what stands before us is a focused, tight and energised Sepultura that have just released an album that is nothing short of a triumph.

Whether you’re still hung-up on the bands past or just discovering them for the first time, “Quadra” is an unmistakeable beast of an album; that deserves your full attention.

We talk with original member, Andreas Kisser about the bands’ leap of faith towards their future and of course, “Quadra“. 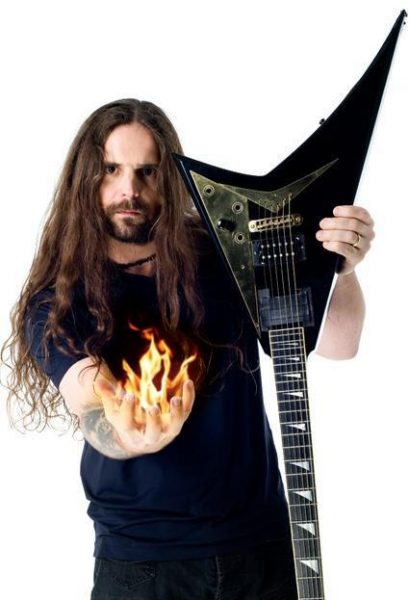 OD – So, Sepultura are back with new album “Quadra”, and this time around you have stated that you guys revisited the the “old thrash feeling of ‘Beneath the Remains’ and ‘Arise’ seen through the eyes of today“. Was there anything in particular that inspired you guys to take this sonic approach?

ANDREAS – Well the album is kind of divided into four parts. A lot of the influence for this album came from geometry and numerology, which is where we got the title “Quadra” from.

The number ‘4’ was really important for us to visualise when it came to translating it to the overall concept, sound and layout of the album.

I have to say that [previous album] ‘Machine Messiah‘ was a very big influence on the direction we took with this new album. One side of the album was kind of building on what we had created with that album, and then the other side was kind of like a ‘Gremlin‘ effect [Laughing]. You know, when you add something else and it turns more aggressive.

Dividing the album into four parts gave us a kind of pathway for creation. Like, say, side one is very much inspired by the early Sepultura sound. Think along the lines of “Beneath The Remains’ and ‘Arise‘ etc. It’s very much based on the bands that we used to listen to, bands that inspired the classic Sepultura sound.

Then side ‘B’ is focused on the more percussion era of Sepultura, thinking along the lines of ‘Chaos A.D‘ and ‘Roots‘. It’s just a very groove-driven part of the album. And then you have side ‘C’ which was inspired by the instrumental side of things we’ve done in the past. with the use of orchestra etc.

And finally side ‘D’ is very much addressing the slower stuff that we’ve done in the past, kind of like the Massive Attack cover ‘Angel‘ we did back in 2003.

In general terms, we have an influence on every side of the album that has helped to define who Sepultura have been, and who we are now. When we were putting the album together, we had certain codes for the tracks rather than actual names. Like ‘Track 1, Side 3‘ etc…

We just knew that this was not necessarily gonna be a straight forward album and wanted to experiment as much as possible with our capabilities. This was a very helpful process for us and it played a huge part in the final outcome of the album.

OD – So, it’s pretty obvious that you approached the recording/writing of the album with a physical LP in mind, a vinyl record, rather than just a streaming platform.

ANDREAS – The vinyl format is very special to us and it’s great to see it make the comeback that it already has and long may it continue. We had a traditional physical copy of the album in mind when we were writing it and I think that it flows so well, with each side being a statement in its own right.

OD – With tracks like ‘Raging Void’, you play around with tempos that still maintain the overall groove that we’ve all come to love from Sepultura. Having seen some of the studio footage the was released last week of Eloy laying down his drums it’s apparent that the drums and vocals took a major step forward for this album. Would you agree?

ANDREAS – Yes, for sure. I mean, he’s [Eloy] has gotten better at what he does over the last 10 years and continues to push the boundaries with each album, as we all strive to do. 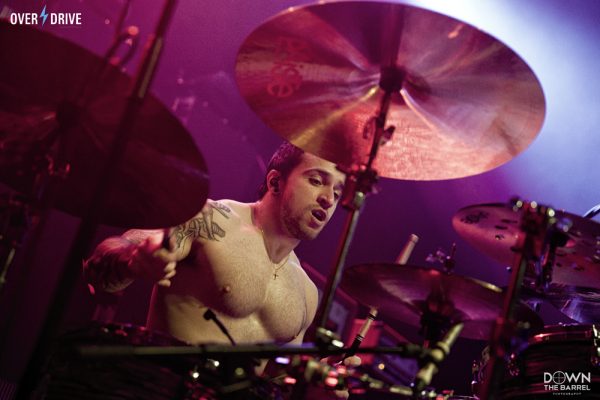 Down The Barrel Photography for www.overdrive.ie © 2020

I just keep thinking to myself, how can he [Eloy] play any better and then he goes and just pushes things to the next level [Laughing]. This album actually started with Eloy and I. He would send me over sample drum loop ideas, and I would send the same kind of ideas of riffs etc back to him. Derrek’s vocals on this album are just amazing!

I personally think it’s his [Derrek Green] best work for sure. His evolution has been apparent throughout the previous albums and just like [Eloy] and really all of us, Derrek has really pushed his capabilities to another level here. 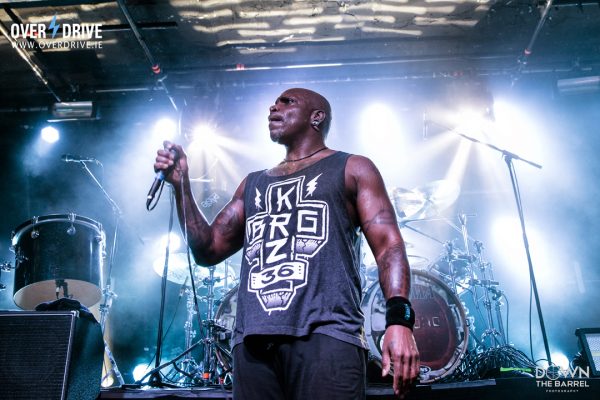 Down The Barrel Photography for www.overdrive.ie © 2020

From working with Ross Robinson to Jen Bogren, the Sepultura sound has changed and we’ve learned so much. Just being able to work the way we do now with early ideas back and forward. Trying new things and looking to evolve, this is the most exciting time for me in a musical capacity.

We are still learning and still growing. Sepultura has always have had great drummers and without this, the band wouldn’t be able to translate the sound we want.

OD – Form the overall recording sessions on “Quadra” which track are you most anticipating to perform live?

ANDREAS – That’s a hard question. Hmm, ‘The Pentagram‘ and ‘Guardians of Faith‘ come to mind straight away. We have so many great songs on this album, that it’s very hard to choose. We are rehearsing the album in the next few weeks before we get out on the road, so I’ll have a better idea of what works best live.

OD – There is a lot more unpredictable melody on this album that I expected. It’s dark but plenty of light and shade, minor and major keys, and of course the strings. Was this the influence of Jens Bogren once again?

ANDREAS – During pre-production, we already had some ideas for the orchestral parts I created with a friend of mine, and then Jens took it to another level. I always leave room to try things and give it a chance and Jens is a visionary when it comes to things like this.

OD – Did most of the ideas that you had in the studio come to be on the album; as I know that’s part of the process also?

ANDREAS – Yes, actually we were really lucky because most of the ideas that we had in the studio worked out for us. That’s why there are tracks with choirs like ‘Isolation‘, that was not really a ‘fleshed‘ out idea prior to entering the studio. Jens just understood the idea and what we were trying to achieve. It was a really great combination to work with and have already worked together on ‘Machine Messiah‘, it was just a natural instinct to continue with our journey.

OD – Who is the guest vocalist on ‘Fear, Pain, Chaos, Suffering’ and how did that come about?

ANDREAS – It’s a female singer from a band called Far From Alaska and her name is Emmily Barreto. That band are not metal at all but have a very interesting sound; and a great international career.

OD – How did that come about?

ANDREAS – I met that band last year when I was invited to perform on a TV show that they were also on. We just hit it off immediately and when we were doing the album, that track was the last we were working on and Emmily’s voice just seemed so right for it.

She is an amazing performer and a great person to work for. It was great to have that opportunity and it really gave the song some direction.

OD – Sepultura are returning to Ireland in June for Sunstroke 2020 (click here for tickets) alongside Deftones,  Mastodon, Gojira, At The Gates etc.

You’ve had a long history of performing in Ireland. However, this will be the very first outdoor show for Sepultura. It’s only taken 35-years for it to happen!

ANDREAS – [Laughing] Yeah man! We are so looking forward to Sunstroke. We have never played at an outdoor festival in the country. The European festivals have so much more flavour and atmosphere and I’ve no doubt in my mind that Sunstroke will be another welcome addition to the Summer.

We have some great fans in Ireland and we always enjoy coming over there and can’t wait for this show. The line up is really strong and the fact that a lot of our friends will be there on the day makes it that much more awesome. 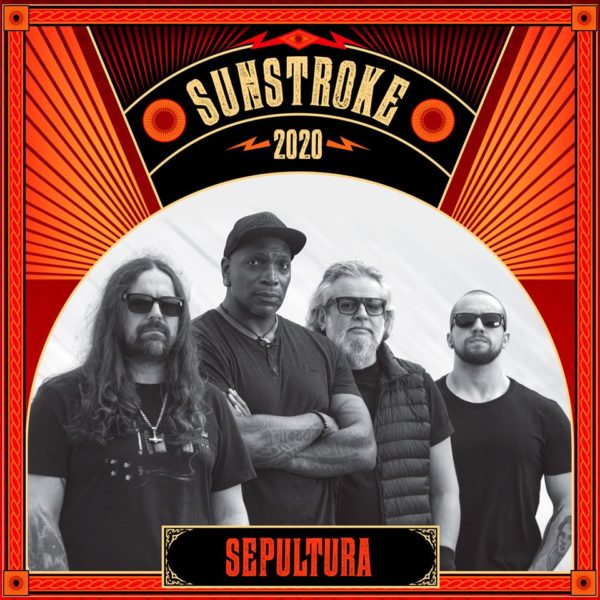 Also, I have to say, there are so many Brazilians in Dublin that I’ve actually been walking around and can hear people speaking my language on the other side of the world. It’s disturbing. [Laughing]

OD – When it comes to selecting setlist it must be difficult to focus on the older material as you are naturally excited about the new material, does that frustrate you and do you ever get sick of performing tracks like “Roots” etc?

ANDREAS – [Laughing] Well, personally I feel that as long as we have a direction to the setlist, it all comes together. We can do many different types of Sepultura shows. Stuff that looks at a certain era of the band, acoustic stuff, new stuff, a mix of just everything, only a Max (Cavalera) era, or perhaps just the Derrick stuff etc.

Whatever concept/direction there is, we can find the songs to fit or represent that specific element of the bands’ history. For now, we are concentrating on and are very excited about ‘Quadra‘. We are a 35-year-old band that has just released an album. We are not a 35-year-old band that releases a new album just to play the ‘old stuff‘. [Laughing]

We just arrange the old stuff around the new material and it always works. You can expect to hear just as many classics as you will the new stuff.

When mixing the old stuff with the new stuff, I see it as kind of a challenge and we really work on the setlists as we are touring. Some changes will happen as we get used to mixing things up but it works out in the end.

OD – Of everything you’ve achieved to date, what are you most proud of?

ANDREAS – Honestly, I’m most proud of being in a band that is 35-years-old and talking to you today about our new album and the shows that are ahead of us. This is a dream for me. I’m so proud of this band and the new album. It just feels really great to still be here doing what I love doing.

After so many different changes that we have had over the years from singers to managers as well as the changes in the industry we work in, to still be here, releasing albums, touring the world and playing in front of live audiences, that’s my biggest achievement to date and I’m extremely grateful for it.

‘Quadra‘ is out NOW via Nuclear Blast. Grab your copy here.