FU MANCHU ‘CLONE OF THE UNIVERSE’ WAS RELEASED LAST WEEK. HAVE YOU HEARD IT YET?


Fu Manchu finally released ‘Clone of the Universe’ via At The Dojo Records last week. Get a full listen to the album right here! 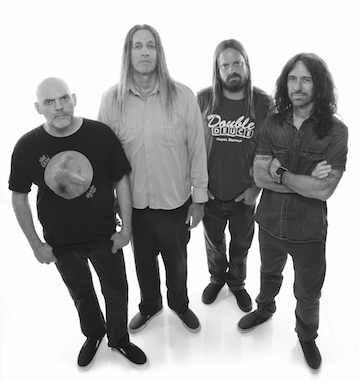 Southern California’s hard-rock legends FU MANCHU released their long-awaited, 12th studio album, ‘Clone of the Universe‘, on Friday 9th February, via their own At The Dojo Records.

In true Fu Manchu style, the album takes the listener on a cosmic journey, layered with a healthy dose of riffs to accompany you as your mind leaves the atmosphere. A highlight on the album is “IL Mostro Atomico,” which features guitar legend, Alex Lifeson, from the platinum-selling, Rock and Roll Hall of Fame band RUSH.

Stream the full album below:

“In the summer of 2017, I was approached by the band to add some guitar to the tracks they’d already recorded for IL Mostro. I’d known of Fu Manchu for many years and thought that it would be a fun project to work on, as I typically come from another guitar direction and welcomed the challenge to do something a little different. The track was already quite dense with a riffy guitar presence and it forced me to think in terms of rhythm, ambience and edge. I really had a lot of fun and my only regret is I had a few other conflicting projects that didn’t allow me the time to spend on filling in more space.” Alex Lifeson (RUSH)

“We recorded the full song in 1 take. After listening to the song with all the effects/noises, Scott Reeder asked me to try 4 lines of words in about the exact middle of the song. I went home that night and wrote the 4 lines of words and they fit perfectly. Then we got word that Alex Lifeson (RUSH) agreed to play some guitar on the song………HOLY SH*T……………We sent him the song and said to play whatever – wherever he wanted to. He sent back the song with awesome riffs / Sci-Fi effects / and even some pick slides!!!!!!!!!! He made the song 10000000 times cooler / better!!!!!! Can’t wait to play this 18-minute song live!” Scott Hill (RUSH) 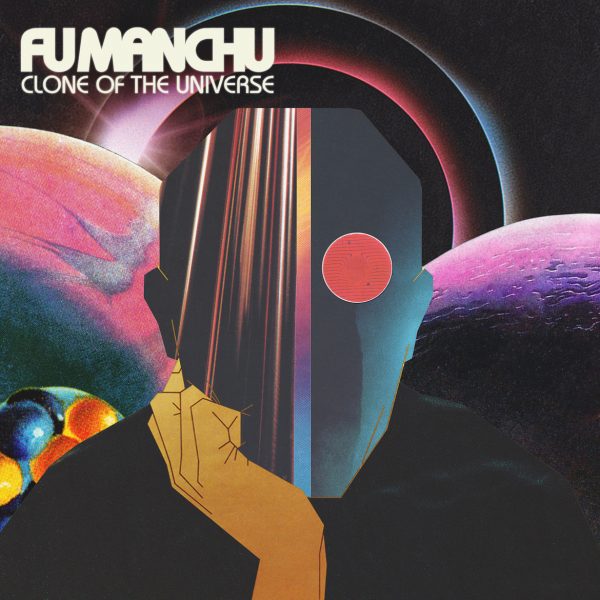 Clone Of The Universe marks a new chapter for the “fuzz rock” pioneers as they mix straight-ahead blistering rock with unexpected time shifts, featuring tracks like the roaring cuts “Don’t Panic” and “(I’ve Been) Hexed” and the dynamically complex “Clone of the Universe” and “Slower Than Light.”

The centrepiece of the album is “IL Mostro Atomico,” an 18 minute 8 second, sidelong epic featuring a special guest performance by Alex Lifeson, guitarist and songwriter of the legendary band RUSH. Heavier than anything they’ve ever done and broken into 4 distinct sections, it’s new ground for a band that’s been pushing the boundaries of “fuzz and wah” since its formation in 1990.

The album was recorded and produced by FU MANCHU and Jim Monroe at The Racket Room in Santa Ana CA, as well as additional recording with Andrew Giacumakis at SUSSTUDIO in Simi Valley CA, and will be released worldwide for streaming and on vinyl and CD on the band’s own AT THE DOJO label via Cargo Distribution. FU MANCHU is Scott Hill (vocals, guitar), Bob Balch (Guitars), Brad Davis (Bass) and Scott Reeder (Drums and Percussion).

FU MANCHU will kick off their world tour in support of Clone of the Universe with a performance at Amoeba Records in Hollywood (Feb 8th) and two sold-out album release shows at Troubadour in Los Angeles (Feb 9th) and at The Casbah in San Diego (Feb 10th), which will be followed by a European and U.S. headline tour. Tickets are on sale now here. 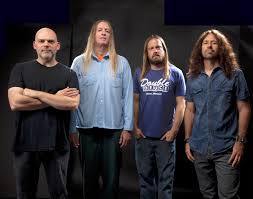 For More Information Please Check out these sites:
Visit the Band Website here.