It’s a desperately foggy January night in Dublin and the temperature is nosediving fast. The Button factory kicks the New Year into high gear by playing host to ex-Queensrÿche frontman Geoff Tate’s Operation Mindcrime on the 30th anniversary of his former band’s momentous third album of the same name. 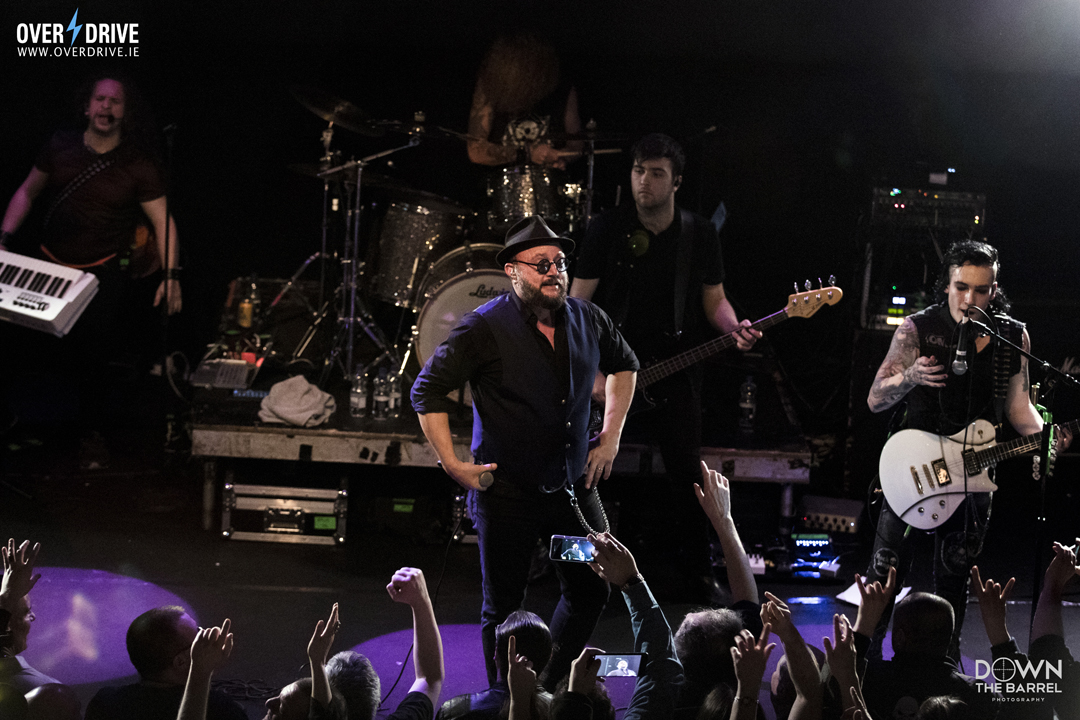 The album is to be played in its entirety tonight and the old-schoolers are pushing through the doors in droves to hear the 30-year celebration of Queensrÿche’s ground-breaking record and the iconic frontman’s delivery.

As we hear the sound check in progress, we can’t but not feel excited for this night. But by 8.15 pm, we still hadn’t entered the venue. The doors opened at 7 pm and the weather isn’t helping. Thankfully, the security kindly allowed us all indoors (sound out lads!) into the lobby to escape the cold outside. Finally, at almost 9 pm, tonight’s opening band The Truce immediately get their show on the road. Led by Kamila Butler, The Truce does their best to lift the spirits of the venue after their painfully long wait outside the venue. 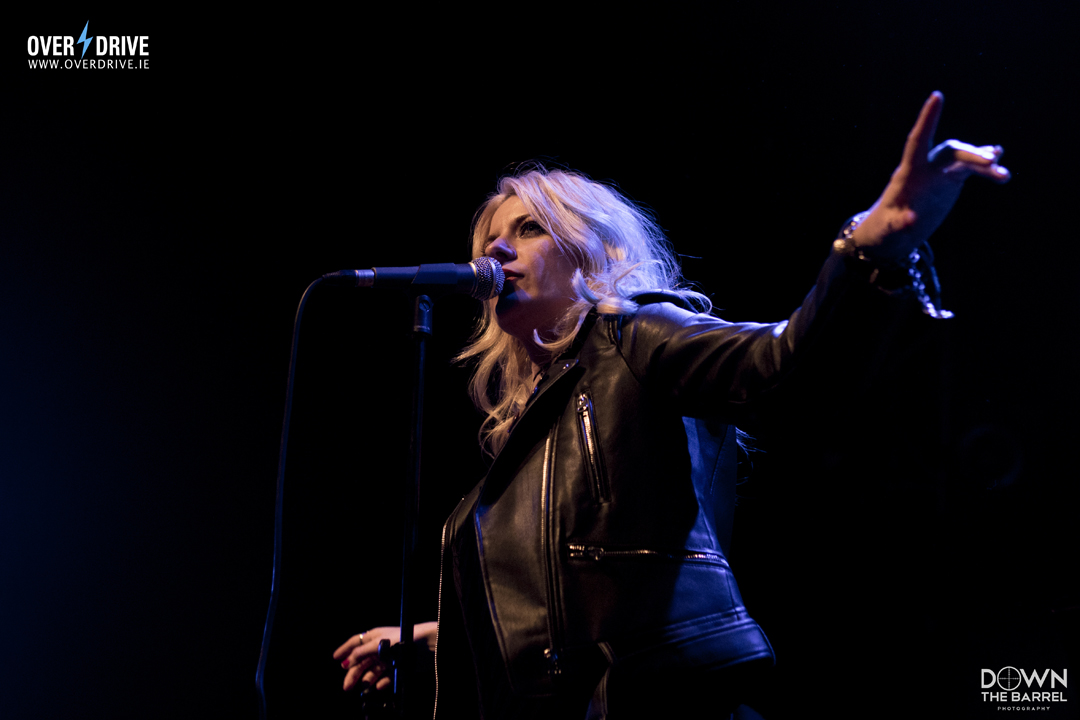 With a mixed bag of original material and some covers AC/DC’s “Touch Too Much“, the crowd get stuck in on the backing vocals, despite a 2nd mic being on stage. The backing vocals issue ceases with a follow-up cover of Gary Moore/Phil Lynott’s “Out in the Fields” before their final song ‘Sleeping Dogs’. 2/5

Due to the delay tonight, unfortunately, Emily Tate (Geoff’s daughter), and her band Til Death Do Us Part didn’t get to play tonight, which is a real shame. 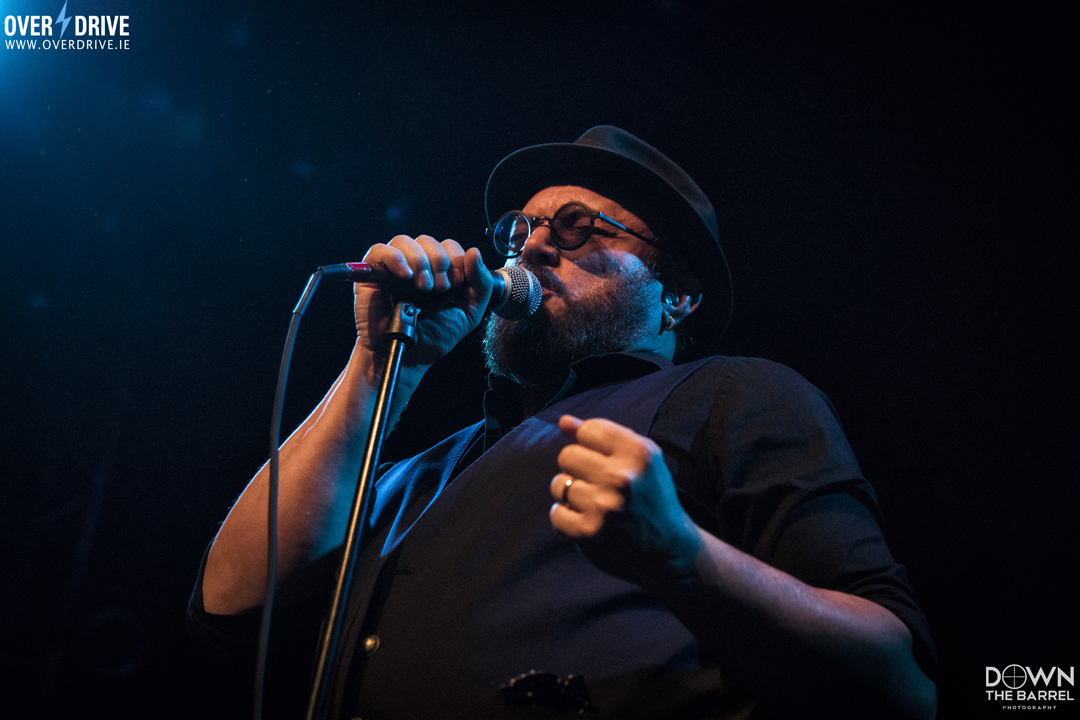 Kicking off their European tour in Dublin, Tate’s bandmates appear first and get into a proggy power metal intro, and Tate himself calmly struts from behind the stage and gets stuck into the meat of the night, opening with ‘Revolution Calling’. But from the beginning of the night, guitarists Kierian Robertson and Scott Moughton’s channels are plagued with connection problems, but these are quickly addressed by the 4th song into their setlist.

Starting out with radio jacks, they are promptly both replaced by good old-fashioned and trustworthy guitar cables (if it ain’t broke, don’t fix it, right?). Diehard Queensrÿche fans are singing along to every word of this legendary album, as a Tate and co. belt out the entire rock opera opus from front to back. Tate states that he’s been in Ireland for about a week and has been happily indulging in the odd full Irish breakfast and a pint of Guinness (or three), a night.

Despite all that went on with Queensrÿche in 2012 (where Tate left and filed suit against the band for rights to Operation Mindcrime and Operation Mindcrime II), Tate still has the lungs to hit the high notes 30 years on after the original recording. He obviously still loves the music from that record and despite OM2 not getting nearly enough attention as its predecessor, the enthusiasm for the performance of the original material is still very real and present – you can tell by the size of the smile on his face. Tate’s daughter Emily joins him on vocals for “Suite Sister Mary“, and there are a few tender father and daughter moments in the song, where you just know that he is immensely proud of his little girl who has flowered into a frontwoman in her own right. 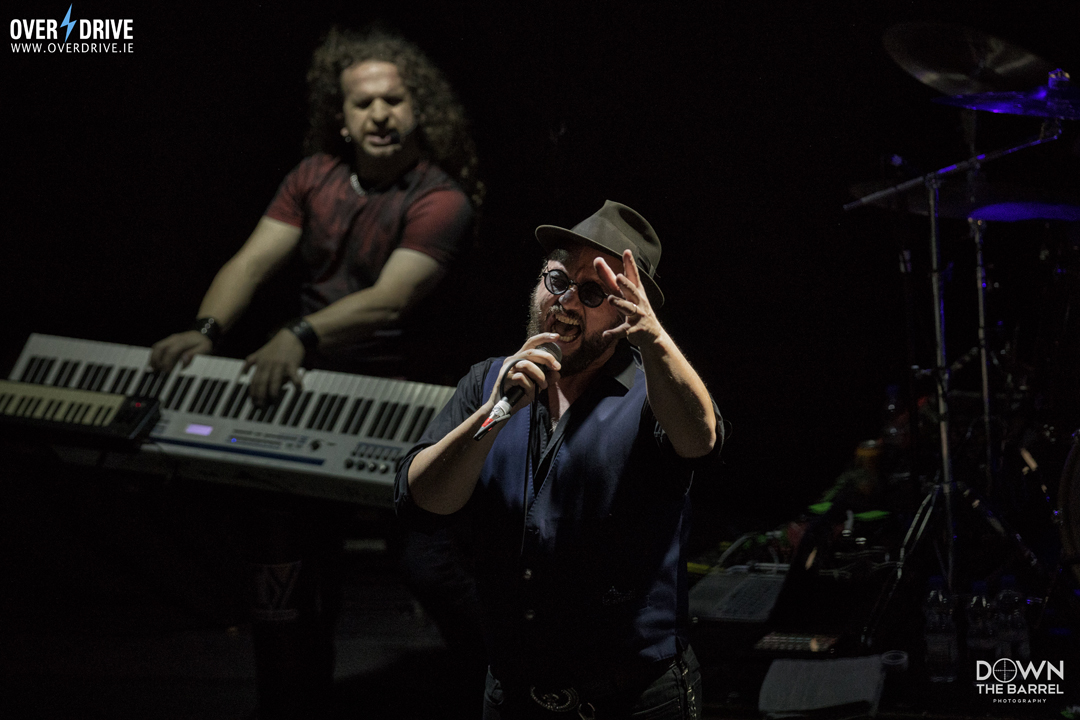 By the time “Eyes of a Stranger” comes around, he is just melting into his kit. The night ends with ‘I Don’t Believe in Love’, and the group retires behind the curtain only for a short while. They re-emerge and Tate pleasantly informs us that he receives hate mail if they don’t play ‘Silent Lucidity’ (and according to him, a lot of babies have been made to this song!). It’s a tender ballad and couples sway together, revelling in a singalong that everyone knows. But the quiet ambience is soon forgotten as Operation Mindcrime belt out ‘Empire’ and ‘Jet City Woman’ to leave a ringing in the ears to satisfy the most elusive of metal fans. The night ends with bows and flashes from phones and cameras, the band thanks us all for coming, and Operation Mindcrime calls it a night. 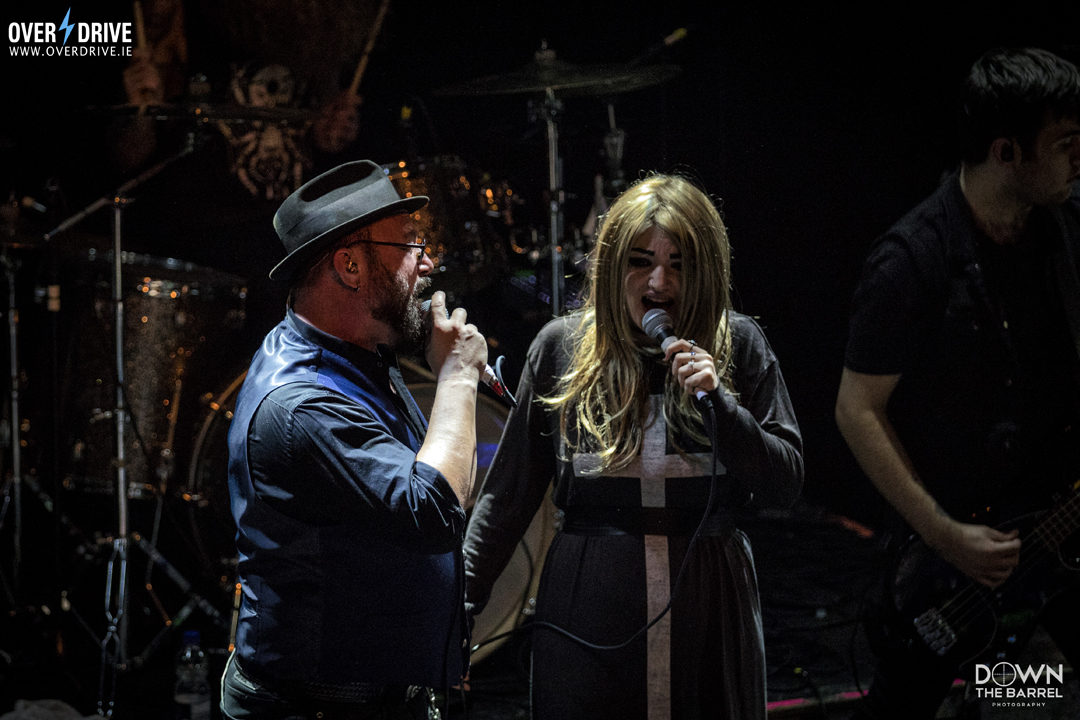 It was excellent to see an icon like this clearly still loving his craft and bringing a younger generation along for the ride, and another 30 years from now, we may still be remembering this night as the anniversary of the operatic groundbreaking phenomenon that catapulted Queensrÿche into the spotlight with Tate at the helm. 4/5