One of the fastest rising bands to emerge from the multi-genre metal kingdom has to be GHOST. With their brain-hacking elusive mystic and impressive stage show, the band have a lot to live up to when referring to the hype that surrounds them. Tonight they plan to lay waste to Barcelona and Overdrive are front and centre to capture the whole spectacular event! 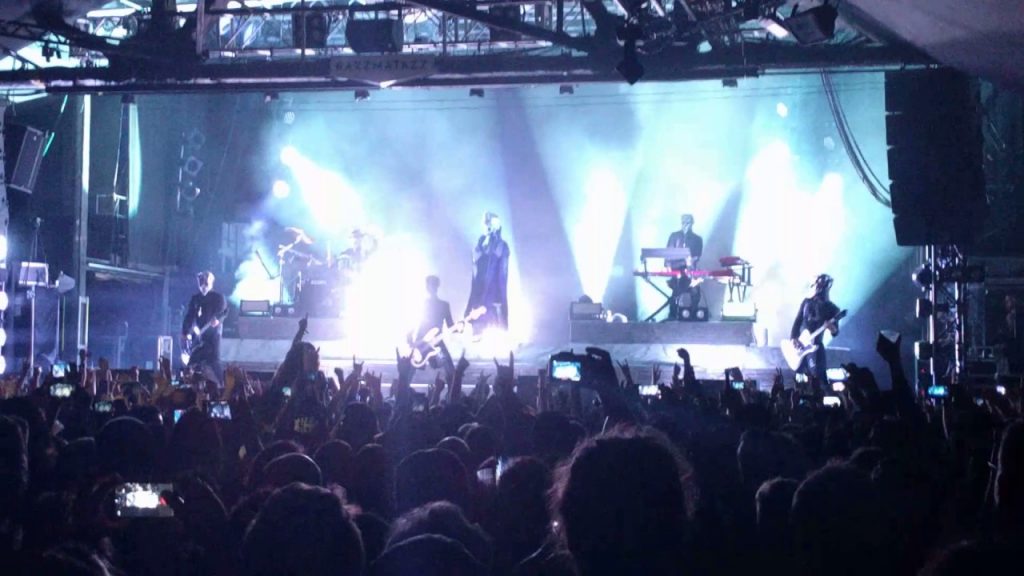 Getting to the venue early was a  good move on my part as there was already a big queue of fans outside the Razzmatazz, a glorious dive venue, reminiscent of an abandoned 1970’s discotheque, vaguely spooky and dark and quite frankly, the perfect venue for tonight’s gig.

Opening act, Zombi, a synth-wave duo hailing from Pittsburgh, politely introduce themselves and while their sound, on paper at least, shouldn’t work in a live setting, it does work, spectacularly, and they soon fill the hall with their dark electronic music, think John Carpenter meets classic arcade games, the neon purple and blue lights marrying the sound in perfect harmony, creating the ideal pre-headliner atmosphere as the venue fills up.

There’s a half hour gap between the two acts tonight, and this is where it really starts to get interesting, the house music changes to a simple piano composition and then to church organ music as smartly dressed Ghost crew prepare the stage with well a crafted ritual, eventually unveiling the church altar themed set. The room crackles with electric enthusiasm as the lights go dark and the nameless ghouls emerge, launching into the opening song, Square Hammer, as Papa Emeritus III, resplendent in his mitre and robes, appears on stage through a fog of dry ice. When he sings “ 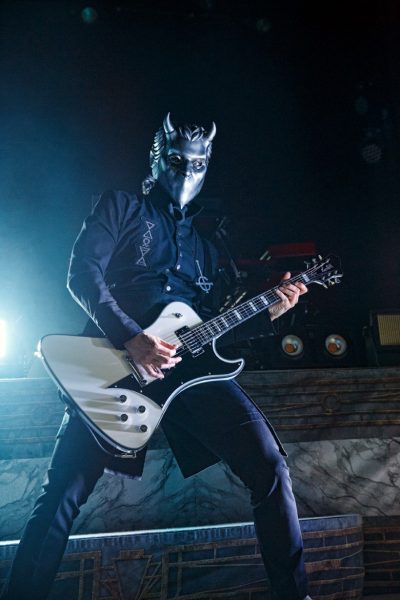 The room crackles with electric enthusiasm as the lights go dark and the nameless ghouls emerge, launching into the opening song, Square Hammer, as Papa Emeritus III, resplendent in his mitre and robes, appears on stage through a fog of dry ice. When he sings “Are you ready to swear right here, right now before the devil?” it’s clear from the rabid reaction from the locals, that yes, they are indeed ready to swear! The fans are a joy to watch, every fist in the air, bouncing up and down, and they keep it up all night, this is how you rock out!

All three full-length releases are represented tonight, the bulk coming from Meliora and Infestissumam with two tracks from the debut, Opus Eponymous and the showmanship from the band is truly spectacular, The Nameless Ghouls don’t just play their instruments, they perform with them, showboating and playing in formation, showing their appreciation of their fans with simple, courteous bows and often flamboyant hand gestures as The Papa waltzes across the stage with the arrogant swagger that only the finest of rock stars can muster, preaching to the congregation before the Sisters Of Sin deliver the Eucharist during Body And Blood. 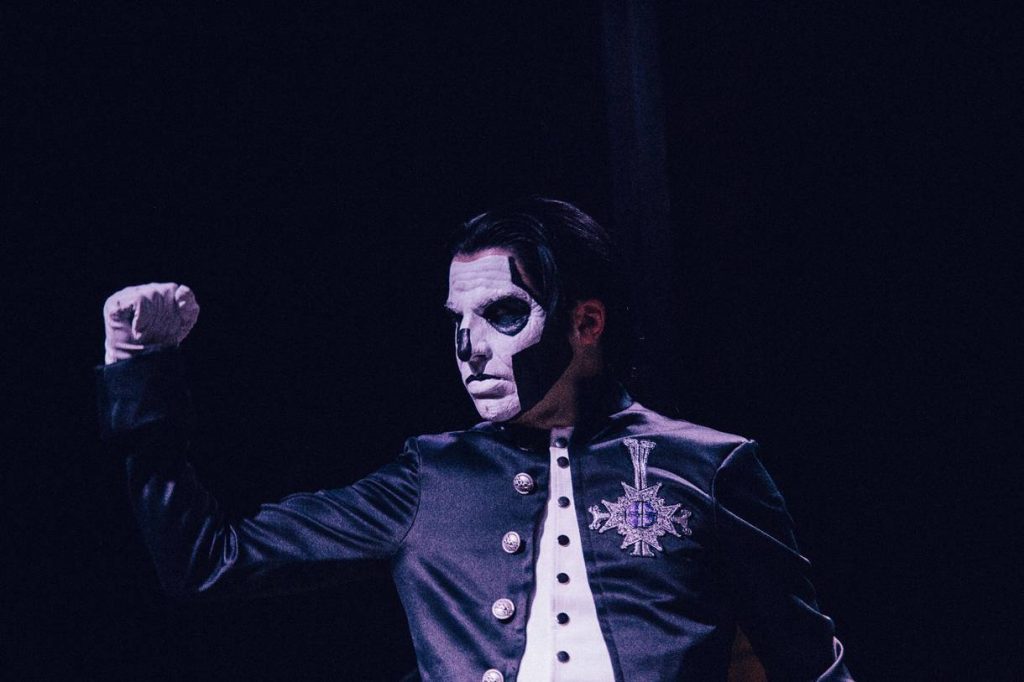 A quick costume change during some guitar duelling from the Ghouls as The Papa re-emerges in formal evening wear, for a show stopping performance of “He Is, the stage draped in white light, turning everything monochrome, evoking the art deco style of the Meliora artwork. It’s clear from the strength of Ghost’s performance tonight that things will only get bigger for the band, and they truly deserve every bit of it, these are not words I use lightly – they are the natural successors to the triumphant days of Ozzy Osbourne and Dio. The Papa promises to return as the band close the show with a short encore of Monstrance Clock with the crowd in fine form as they sing along. 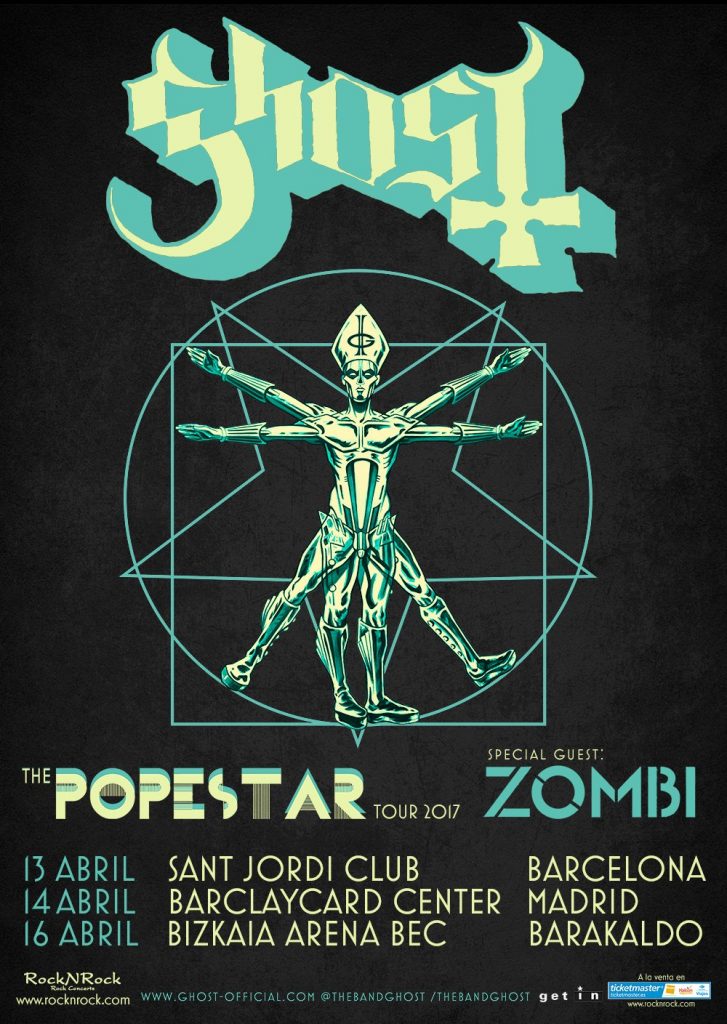