The countdown is on as GWAR gets ready to release their bone-crushing, corpse-grinding new opus “The Blood of Gods” out October 20th via Metal Blade Records.

As the world continues hurtling through space towards a great conflagration of death and destruction, your alien overlords have dropped “El Presidente,” the second single from the album.

Hopefully, this will speed things along! Head over to metalblade.com/gwar to listen to the track and pre-order your copy of “The Blood Of Gods.” Digital pre-orders come with instant downloads of both “Fuck This Place” and “El Presidente.” Which you can hear in full below:

Additionally, Beefcake the Mighty, has issued a brief “State Of The GWAR Union” address. Watch it below:

Concerning the album; “The Blood of Gods” chronicles the rise of humanity against their makers and the massive battle between GWAR and the forces of all that oppose them. Along the way, the band challenges the sins of humanity from politics, pollution, and organized religion, to fast food, and factory farming. Humans are shown as what they are; a parasitic disease that must be eradicated before they suck the planet dry! 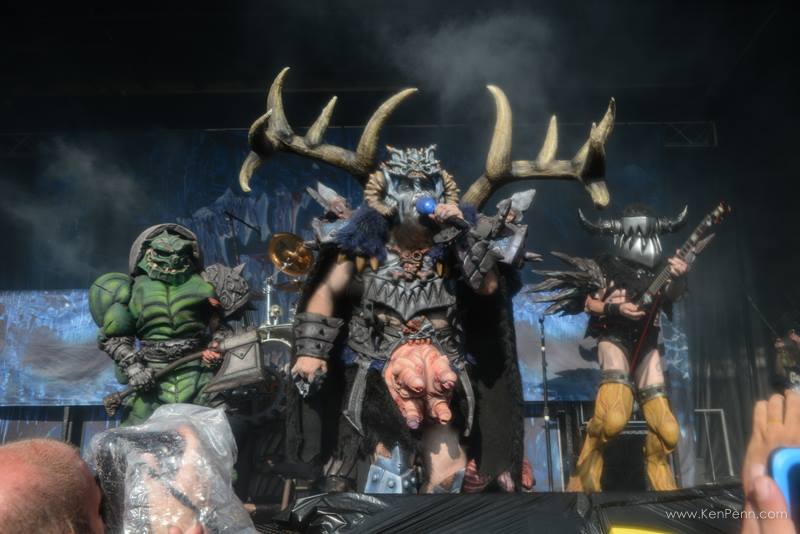