Hulk Hogan on his dreams to join Metallica!!! Yeah Right! 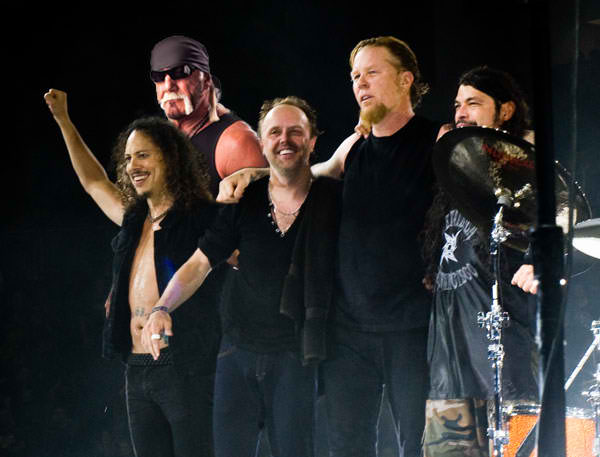 It was reported in 2009 of  Hogan’s original desire to audition for Metallica when they were seeking a new bass player.

“The truth is, I played music for many years before I ever got into wresting and when I heard Metallica was looking for a bass player, I would’ve quit wrestling like that (clicks finger) to get into Metallica,” Hogan told Kerrang!.

Can you imagine the disaster of what might have been if this muppet actually managed to convince Lars and the lads to accept his bass duties? We shudder to think.