With a career that has lasted the best part of 45 years and enough band line up changes to confuse even the most dedicated fan, UFO are heading back to Ireland for a show that will see them dip into their rich back catalogue as well as launch some new material from the bands latest release ” A Conspiracy of Stars” on April 21st in Dublin’s Academy. 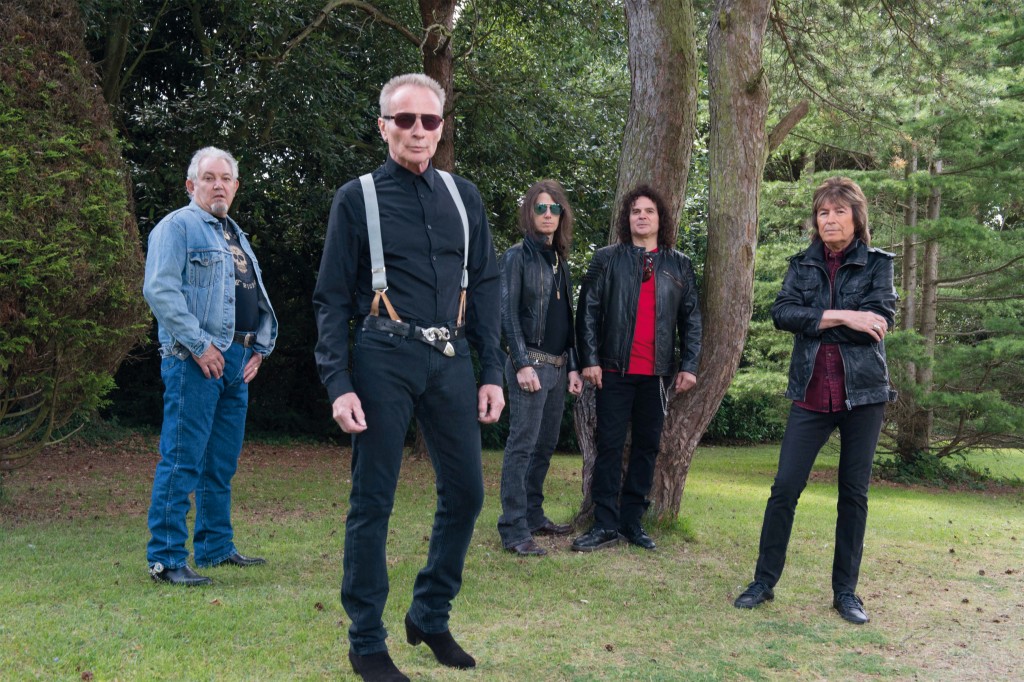 There are not many bands that can deliver the same punch that they did back when they were whipper snappers, however UFO are an exception. Having penned some of NWOBHM’s classic tunes such as “Doctor Doctor” and “Lights Out”, Overdrive caught up with original founding member and vocalist Phil Mogg, to talk about the bands new album and their forthcoming Irish show on April 21st.

OD – How are things going in the UFO camp these day’s and are you excited about getting out on the road and playing new material from ” A Conspiracy of Stars”?

PHIL – Yeah, it’s been a plus and it’s been a pain because were going what do we keep and what do we let go? We’re stuffing in 3 new songs from the new album stuff, but were dropping old stuff too, which is hard because you never know what the audience want. We dropped quite a lot of old stuff, but retained ones that have been with us since that start being popular.

OD – Having formed back in 1969, you must have seen so many different phases and genres of music come and go, but what we know as Rock / Heavy Metal is still going strong, why do you think this is?

PHIL – I think rock derives from the most basic form of you know– if you go from blues or rock I don’t think you could get any more fundamental than that. It’s the most basic form of music no matter how much you tidy it up it’s still rough and ready. Me personally, I was in clothes shop recently and some of the music they play in there actually makes me despair.

I think just the general as you look through H&M and Topshop they play music that is so awful they make me want to leave and I wander round sometimes thinking, what happened to purple haze? I remember when that became popular. I found it so exciting and that stuff still sounds exciting as when I first heard it. Maybe somebody else is still discovering it and saying “hey I really like this”, but If I wanted my nephew or somebody to experience it I would take them to a live band cause I don’t think you can top it. Plus, you can tell a fraud immediately. It doesn’t take a long time to find out if a band is any good or not and realize that they’re rubbish.

OD – “A Conspiracy of Stars” marks the bands 13th studio album album; when you started out did you ever believe that you would still be releasing albums in 2015?

PHIL – No, it became the hobby that possesses you the one that I’m gonna buy that I have to have that. It suddenly becomes something that you think “well if it lasts for a while that would be great”. I really enjoy having the privilege to be playing in band.

OD – UFO has had a very tempestuous relationship with Michael Schenker with him leaving and rejoining multiple times over the bands history. How are things between you guys now?

PHIL – He lives down the road from where I am now, so we bump into one another from time to time. Last time I saw him he was coming out of Morrisons and I was checking to see what he had in his bags (laughs). No there’s no animosity at all, we rehearse in the same place. We get on and all of that was all so long ago it’s all misty.

OD -Can you talk about the title of the new record and it’s meaning?

PHIL – Well,  I nicked it off a song we had and ended up not doing the tune at all, but I really liked the line. The other title we liked was “Gun Smoke”, but the Yanks said “no that used to be a programme on TV” and you get to the point well does it really matter? So basically, we stuck with “Conspiracy of stars”. I had just finished reading a book about conspiracies of things too ,so it worked.

OD -What is the idea behind the album artwork? 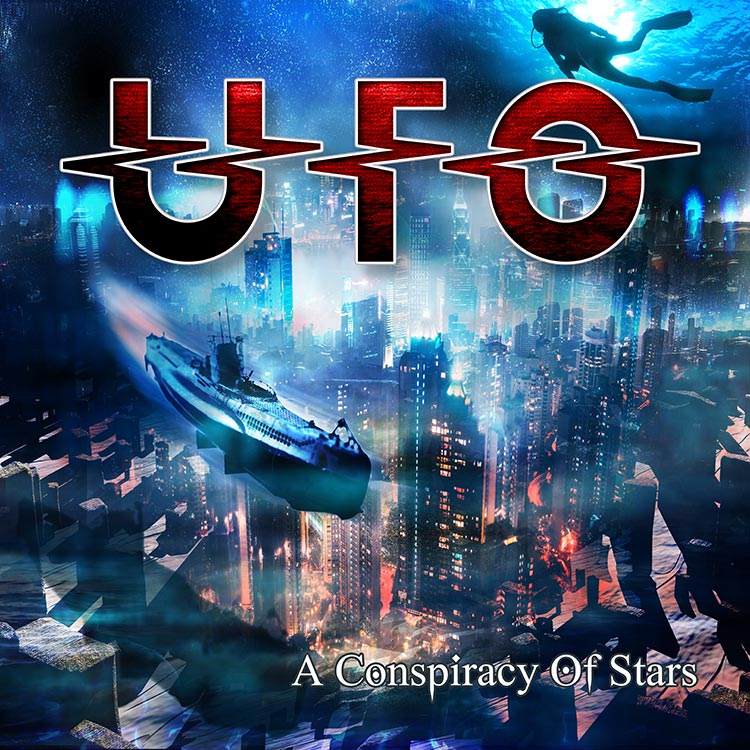 PHIL – I was more intent on the underwater city; funnily enough I just took the CD out of the sleeve a short while ago and realised that there’s a fucking great big hole on the frogman image where his ass should be ( laughs). I never noticed it before and I’m just thinking I’m sure a hole is not meant to be there (laughs). I like half of the album cover but you can never please everyone. It’s all about compromise in this band (laughs). As much as I’d like to line them up and shoot them, I had to go with the majority – It is democracy you know? I do like it, I would have just preferred for it to lean more toward the underwater city.

OD – Looking back over the bands discography, what period stands out the most for either good or bad memories?

PHIL – I think when we got into the lights out album period even though the previous ones had done very well. That’s when we changed producers and it radically took off. You could tell it was start of the something happening, so from that period on it was very good. 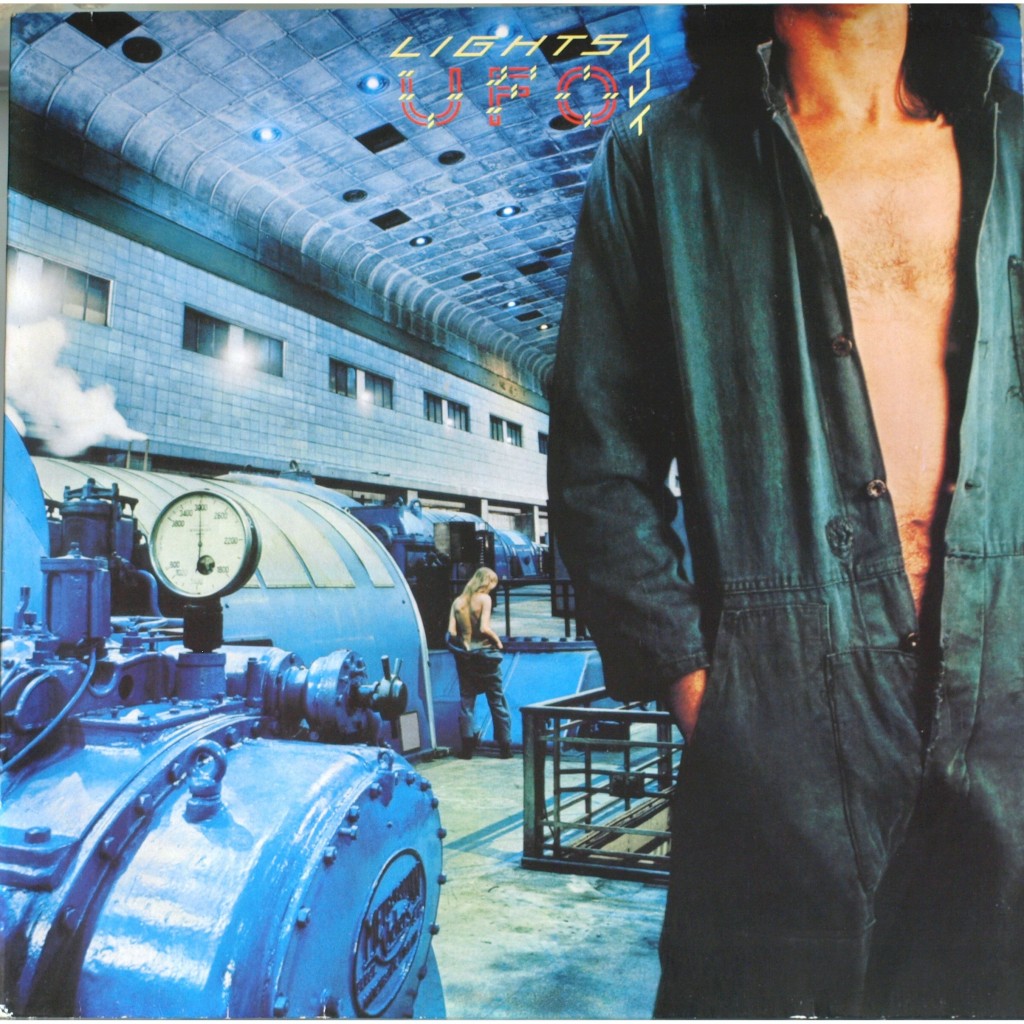 OD – Back when the band started, there must have been a very tight knit scene between all the bands such as Zeppelin / Sabbath / Priest etc. Was there any rivalry at all or did you all get on? 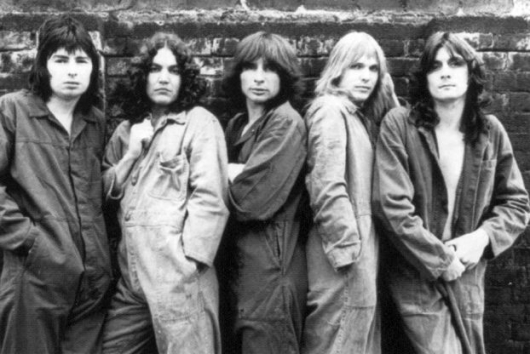 PHIL – Well bands that we were playing with at the time were like AC/DC, Judas priest and Cheap trick. It was more that everybody was out to have a good time, you know. Obviously like a football team, you were competitive and you’re like “We’re gonna wipe you off the stage tonight” and you tend to wonder what the other bands really think of you.  But at the end of the day we would all just hang out in the bar and have a good time.   That was the general forecast unless you were a miserable sod.

OD – Ross Halfin has documented a lot of UFO‘s career through the early years, did you guys tend to request Halfin for your shoots and if so, what do you think makes his work stand out from all the other togs?

PHIL – He came along to do house photography for Sounds with Gary Bushell . Then he ended up on the road for us and was taking really cool shots and turned out to be very good. He just came into our world and was really good at what he did. Ross had an edge and did very well, and still does. I’ve seen his latest stuff and it all looked very good,  he just happened to be at the right place at the right time.

OD – How does it feel when you see Iron Maiden using “Doctor Doctor” as their official intro tape for their live shows?

OD – What can we expect for the set-list for the Dublin show on April 21st?

PHIL – We haven’t been in Dublin in 4 years, so I’m not sure what the crowd will want. We have stuff of the last album and we got three numbers off of this new album Then we shifted through older stuff. We’re doing 80s stuff too so there’s quite a mixture. It’s going to be a classic UFO show with some new material thrown in for good measure!

OD – What’s been the most insane memory that you can think of regarding backstage antics from your time in UFO?

PHIL -Well I think it should be stupid instead of insane. In general you know when your in a band and it’s all very fresh and everything’s possible, nothings out of reach. That can be very dangerous.

I think just ending up in someone’s apartment or someone’s hotel with a bunch of people you didn’t know and you have no idea how you got there, and if you can’t find anyone in the band, then you know our in trouble. You’ve got no one else to figure how to get out of there with you ( laughs). Probably more terrifying than insane. I’m not too keen on that anymore. I like to have the option of a front door and a back door, if you know what I mean (laughs).

OD – Have you any final words for the Irish fans ahead of the show in The Academy?

PHIL – We’re really looking forward to it. It’s been too long since I’ve seen you.

For your chance to win a pair of tickets and an exclusive meet and greet with UFO, simply click on the graphic below and share / like on your facebook page, tagging Overdrive! We will pick a winner on Monday 20th April (day before the show)! 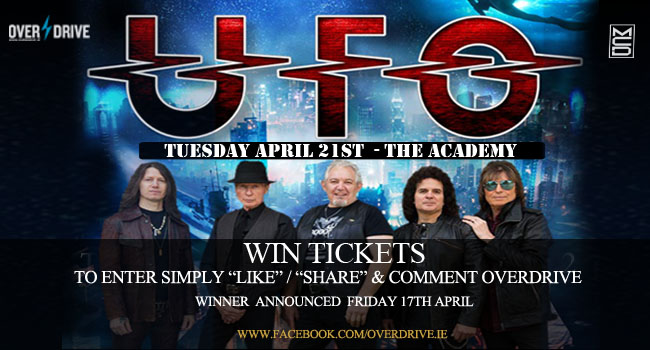 Tickets on sale this Thursday at 10am from ticketmaster.ie and outlets nationwide priced: €26.00 includes booking fee