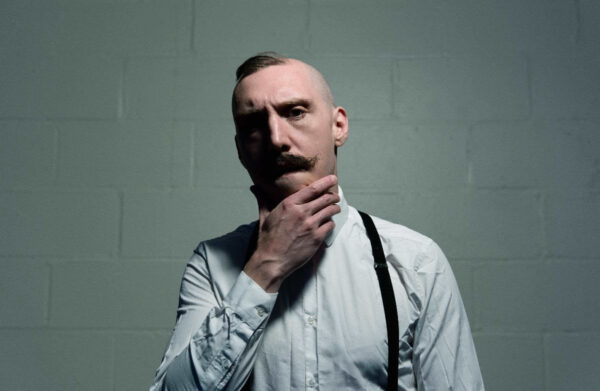 JAMIE LENMAN has today launched pre-orders for his brand new mini-album of original material ‘King Of Clubs,’ due out 25th September through Big Scary Monsters.

This is a record returning JAMIE LENMAN back to his roots as a songwriter, whilst also allowing him to push his creative mind with it not being a full-blown, full-length album.

‘King Of Clubs‘ is a follow up to 2018’s brilliant ‘Shuffle‘, his 3rd full-length solo album and a record of reinterpretations and covers that incorporated pop tracks, pieces of literature, film scores, computer game music and more.

Watch the video for ‘I Don’t Wanna Be Your Friend‘ below;

From JAMIE LENMAN on the video and its special guests – “I actually had the idea to get a bunch of different people from cool bands all miming the song BEFORE we all went into lockdown, so then when we came around to doing it, it was perfect timing. Of course, then everyone started making these kindsa videos, but whaddyagonnado. It took me about six weeks to edit cos I had to match everyone’s footage together but I was just so overcome by everyone’s commitment to it that their energy kept me going. Some of these people I’ve never even met, but they’re all my heroes and it makes me really proud that we represent a little community calling time on all this antisocial bullshit.”

Also, speaking on the new single, JAMIE said – “This was the last song we recorded for the album, nasty brutish and short. I was really excited to do something that had a sort of a punk feel, even though it has this huge metal breakdown in the middle. It’s like a little tour of all my previous stuff in one song – from the band days past Muscle Memory through to now. Lyrically it’s very angry or rather fed up. I’d been growing tired of the various reasons people give to excuse their awful behaviour for a long time – “I was drunk, I was angry, I didn’t mean it” etc – and they just bubbled over into this song. I hope it can make some people question their actions a bit.”

ALL physical copies (LP/CD) of the ‘King Of Clubs‘ mini-album will also feature specially recorded acoustic/unplugged versions of each track.

And on the extra, bonus acoustic tracks – “I was hoping to put the record out on a ten-inch disc but for various reasons, it just wasn’t possible, and since the whole thing fits on one side of a twelve-inch, I was at a bit of a loss as to do with the other half. Then in January I had a very quiet month and my wife was ill in bed for weeks so I had a lot of time to myself with minimal interaction, and I just started working on these acoustic versions in my home studio. They were supposed to be very stripped-back affairs but before long I was playing trombone and trumpet, banging pots and pans, the works. In the end they came out even more experimental than the original tracks! The acoustic versions are very definitely not part of the album – they’re not meant to be listened to in the same sitting, this isn’t Muscle Memory 2.

They’re just there as a little bonus for people who fork out for the physical versions of the record, more bang for your buck. A product of accidental isolation, even before we found ourselves where we are today.”

Working again with producer Space (Idles, Black Futures), the pair came up with a word, ‘neisty’, to guide them as to how it should sound – “A perfect mixture of nasty and nice. I see this record as the closing chapter in a very creative and enjoyable period working with Space – the last piece in a very loose trilogy with ‘Devolver’ and ‘Shuffle’ before it, white red and black. It’s the angriest and most political record I’ve made since Muscle Memory, a painful place to be. I wouldn’t have wanted to make a full album like this, I think it would have been too much.”

Live wise, there will be some dates to announce in the next month for 2021 but JAMIE LENMAN can now reveal he will be playing a full electric live show as a ‘pay-what-you-want‘ deal on Sunday, September 27th at 7 pm with Vans For Bands, streamed over on their Facebook and also on his.

He will also be performing his 4th ‘Total Request Live‘ show on his Facebook page on Tuesday 21st July at 7 pm. Tune in for a live chat, live songs, covers, rarities, Q and A, a quiz and more.

This follows other recent shows for the likes of Dork Magazine (as part of their amazing ‘Homeschool’ Festival), 2000screens (the online 2000trees Festival in early July), Kerrang! Radio, PRS, Ticket Master and more. 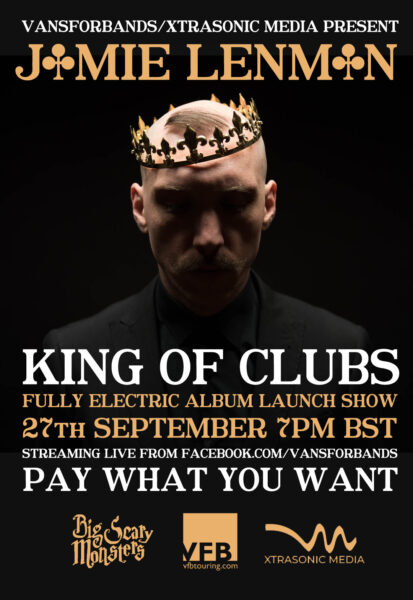