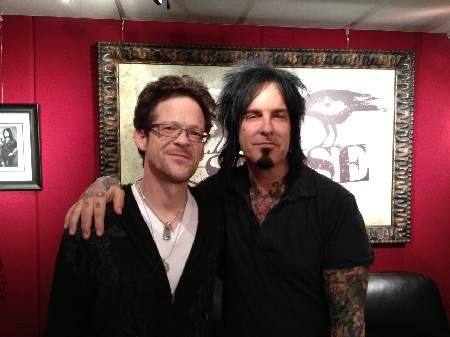 “Metal”, the debut EP from NEWSTED, sold around 6,200 copies in the United States in its first week of release to land at position No. 62 on The Billboard 200 chart.

“Metal” was released on January 8 exclusively via iTunes. The EP was made available as a physical CD on January 15.

By purchasing all four songs, you will receive a copy of Jason’s handwritten lyrics.

“Soldierhead”, the first video from NEWSTED, can be seen below. Directed by Leon Melas, the clip was filmed on December 15, 2012 in an abandoned factory in California.

In a recent interview with Sonic Excess, Newsted stated about the video shoot: “It’s just a simple thing, and I just wanted to capture the band. There is no heavy concept, no literal thing about bullets chasing your head or any of those things. It’s old-school metal and most likely will be black and white. It was shot in an old factory. It was a gnarly, dusty, old factory and it had energy. That is what I will describe it as. I haven’t got to play to the camera like that for a long time, and I was really going for it. The soldier version is something everyone will have. An HD version will be available on iTunes, but I want everyone to have it for free across the world. I want it to be the tip of the spear for everybody to see and hear what exactly it’s all about.”
https://www.youtube.com/watch?v=ve6VO7m72rM&feature=player_detailpage