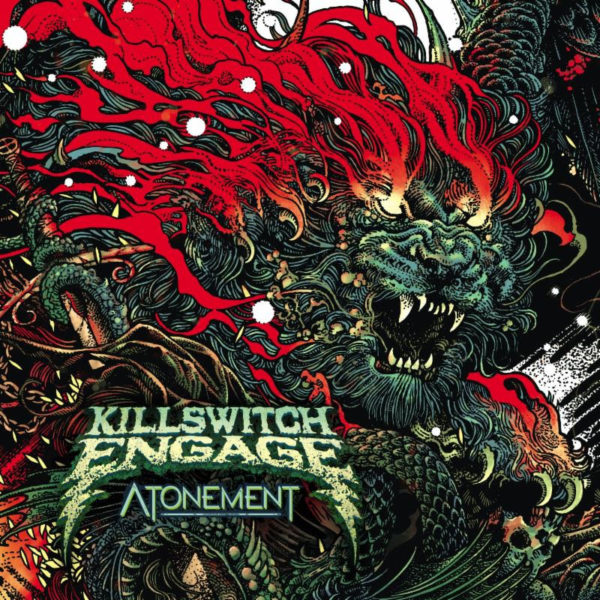 “‘Unleashed’ is about inner passion and rage coming up to the surface,” explains singer Jesse Leach.

“We all have that wild within that often stays dormant until a tragic event triggers and awakens it. This song is about that awakening within. I feel we were able to capture something raw and intense on this song and I’m stoked for everyone to hear it! The new album Atonement is a reflection of perseverance and passion through the trials and suffering of our existence.”

Atonement is the culmination of a trying and turbulent two-year period. KsE started kicking around ideas for the album as early as 2017. The band recorded the bulk of the material separately on both coasts.

However, in the middle of the process, a polyp developed scar tissue in Leach’s throat, forcing him to undergo surgery. The intense three-month recovery ended with speech therapy, vocal therapy, and scream therapy. The band ultimately emerged with an album that is further evidence of their undeniable legacy as one of the most enduring metal bands of the last two decades and beyond.

The elaborate illustration on the Atonement album cover was created by talented UK-based artist Richey Beckett (Metallica, Mastodon) with the band’s own Mike D’Antonio handling art direction and layout duties.

The album is available for pre-order here. Check out the full run of European dates below; 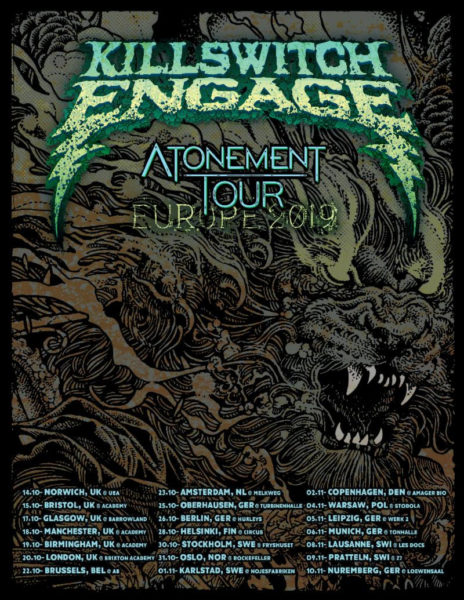 The band have also shared the first song “Unleashed” – watch the visualizer for the song below.