Not since Slipknot, has a band generated such controversy about the hardships of where they originated from, but KING 810 are preaching to anyone that will listen about the daily stress and survival tactics they have had to endure to survive in their hometown of Flint Michigan. 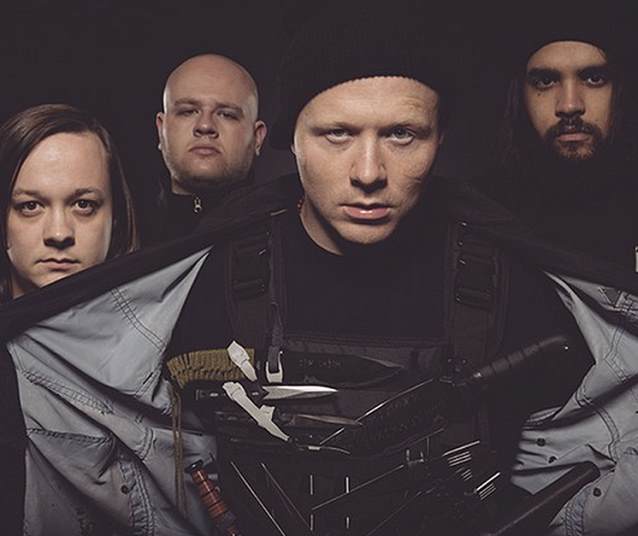 The band have been the topic of many media outlets in the music world and as the debut album “MEMOIRS OF A MURDERER” is set for release on Friday August 15th via Roadrunner, time will tell if they are just another hype band or if they actually have the chops to stick around and produce a level of high quality music.

“MEMOIRS OF A MURDERER” is available now for pre-order at the iTunes Store, with exclusive bundles on offer at the Flint, Michigan-based band’s own store.king810.com. All pre-orders will receive three instant grat album tracks, “Killem All,” “desperate lovers,” and “Fat Around The Heart” with additional tracks to be revealed in the coming weeks. Furthermore, the official companion video for “Fat Around The Heart” can be seen below.

KING 810 will spend its summer heralding “MEMOIRS OF A MURDERER” on the 2014 Rockstar Energy Drink Mayhem Festival. The annual trek hits the road July 5th at San Bernardino, California’s San Manuel Amphitheater and then travels through the summer. From there, KING 810 will cross the Atlantic for a tour of the UK, slated to get underway in late September – for complete tour details and up to the minute ticket information, please visit king810.com/tour.

“MEMOIRS OF A MURDERER” – which follows the recently released prelude to the album, “proem” – is a striking and important body of work from the newest members of the Roadrunner Records roster (see attached tracklisting). Told in three movements, “MEMOIRS OF A MURDERER” is the embodiment of David Gunn’s life within the pressure cooker of Flint, MI, fired by Gunn’s brutally honest narratives and starkly poetic lyricism. “MEMOIRS” sees Gunn confronting the violence that plagues the streets of Flint, perfectly capturing the despair that infects the lives of those who reside in the belly of the beast. “MEMOIRS OF A MURDERER” is a remarkable journey through the post-millennial American wasteland, terrifying, tragic, and ultimately transcendent.