It’s nearly here! Yes folks! The new KVELERTAK album ‘Nattesferd’ sees it’s highly anticipated release this coming Friday May 13th and Overdrive can’t wait for it! If you feel the same way about this album, then get stuck into a song by song breakdown from the band themselves!

In a recent interview with Rolling Stone, Kevertak broke down each of the tracks on the bands third album Nattesferd, which is will see a worldwide release on Friday May 13th via Roadrunner Records.

Having been interviewed by Overdrive a couple of times, with the most recent being last November while the guys were on tour with Slayer and Anthrax across Europe (see full interview here). The new album is finally ready to drop and we couldn’t be any more excited about it! 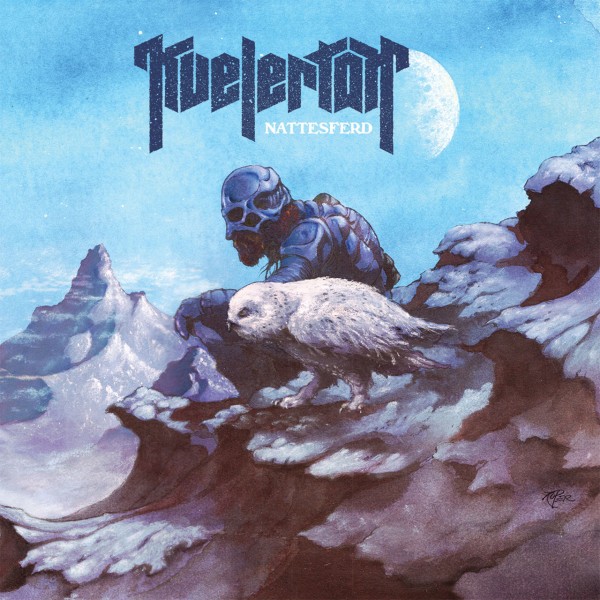 Erlend Hjelvik: “Dendrofil,” I think that word almost translates itself. I’m not sure what the English word for Dendrofil is, but it’s a sexual orientation where you’re really into plants and trees. And the “Yggdrasil” is the Tree of Life in Norse mythology. So that’s what the title means. It’s the first song on the album and one of the first ones we wrote for the album.

Vidar Landa: It’s the first one from this album that we started playing live on the last tour we did. It’s just a long song with almost blast beats all the way through. We also put in a little horn section and a tuba and trombone on it. 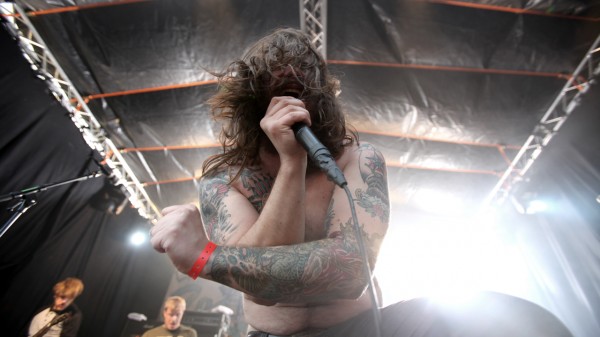 Hjelvik: It’s the first single on the album and also one of the first songs we wrote. It has a super Eighties vibe to it. I don’t think it’s actually too different from “Kvelertak,” the last song on the second album, when it comes to vibe. I think it does a lot of the same stuff.

Landa: There’s no overdubs at all on that song when we recorded it, except from the vocals we did afterwards. All the solos and everything that’s going on is just the way we recorded it live, which is pretty cool.

Hjelvik: It’s been funny how controversial the song has been with our fans, but I love that people have a reaction to it and can’t ignore it. To me that’s a good sign, even if it’s probably the least representative of the album.

Hjelvik: I guess it’s one of the most Kvelertak-typical sounding songs, even if it’s kind of hard to define it. It’s very “Scandi-rock.”

Landa: Maciek [Ofstad, guitarist] plays an amazing solo on that song. It’s probably one of the coolest solos I’ve heard, ever. I’m really happy with that song. 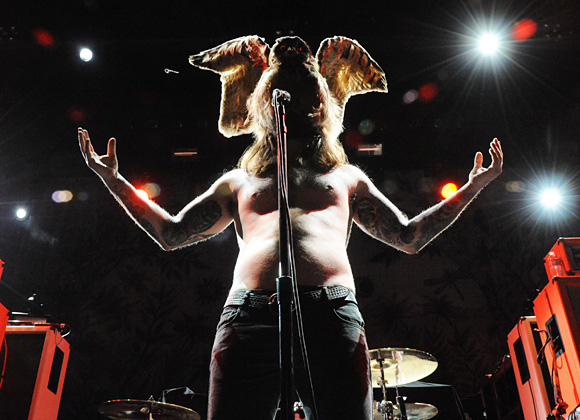 Hjelvik: The title translates into “Blackness” in Norwegian. To me, it sounds like a mix of [Survivor’s] “Eye of the Tiger” and Mercyful Fate, so it’s one of the cooler songs to me on the album. It’s got a mid-tempo rock groove. It’s a little slower than anything we’ve done before.

Hjelvik: Our Illuminati song! We’ve been accused of being affiliated with the Illuminati before, so I thought it would be cool to write lyrics about that. It’s about sacrificing children to a big bronze god named Molloch, from Biblical times. We want to do the same thing to ensure that our harvest will be plentiful.

Hjelvik: The lyrics are inspired by H.P. Lovecraft. It’s one of the slower songs on the album, but one of my favourites. In my opinion it’s one of the best songs we’ve ever written.

Landa: It’s one of my favourites on this record, too. I love how we get to use the 12-string guitar and acoustic guitars on that song. I think it turned out really good, the way we recorded it in the studio. It’s kind of a new sound for our band; I think it stands out in a way.

Hjelvik: Yeah, we haven’t done anything like that before, so it’s cool it actually worked. 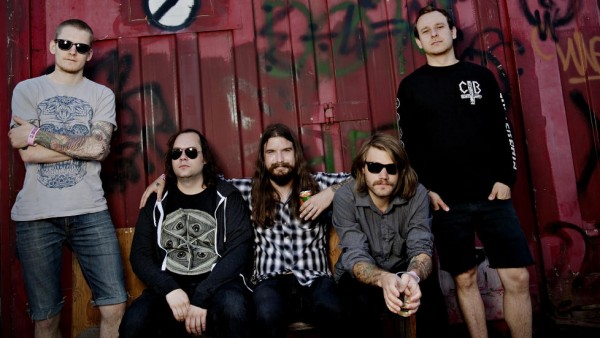 Hjelvik: It’s a little different from anything we’ve done before. It has more of an Iron Maiden groove than other stuff that we’ve done, so it’s more … groovy, the way the riff goes when it starts.

Landa: Yeah, I love how it goes from very raw and fast to switch over to get more melodic at the end. Again, I feel like I’m saying every one is my favorite song off the record but this is definitely one of them and it’s a really cool song to play live, too.

Hjelvik: This song is about one of the most famous witch burnings in Norway. It happened at the end of the 1800s. I just thought it was interesting; it’s still happening in parts of the world today so I just wanted to write a song about that.

Landa: It’s definitely our longest song. We spent a lot of time getting that together. It’s a very “jammy” song, like the whole intro before the vocals kick in. I love how it goes from this proggy, jammy stuff to like “Rocking in the Free World” in a minor key, and almost turns into a pop song. There’s so much cool guitar work on it: It starts with a bunch of finger-picking and then it goes over to playing with a pick. It’s very fun to play. There’s a lot of stuff happening. And I really think we get to use the three guitars; they really come through in that song.

Hjelvik: It’s the third Nekro song we have done. There’s one on each album. The first was “Nekroskop” on the first album and the second one was “Nekrokosmos.” So this is a song title that’s been stuck in my head for a long time. Same with the riff – that’s a riff we had before we wrote the first album and we’ve never been able to do anything with it. So it was cool to revisit that and make a song. It is the most “doom-stoner” thing we’ve ever done before, so it’s cool to try and do something new that way. I think it works great as an album closer.