LAMB OF GOD have shared a new video for ‘Resurrection Man (Live),’ from their newly released ‘Live From Richmond, VA’ package.

‘Resurrection Man (Live)’ is available to watch right now below…

Guitarist Mark Morton declares, “‘Resurrection Man’ has been a fun song to watch the fan reaction to and a fun one to play live for the first time. We wrote the music for that song quickly and spontaneously in pretty much an afternoon in our jam room. Willie freestyled the opening riff and we built from there. Sometimes it’s cool to just let stuff flow without overthinking things to death. I feel like ‘Resurrection Man’ is a great example of that.”

Live In Richmond, VA features the first of LAMB OF GOD’s two ultra-successful live stream events from September 2020, in which the band performed their critically acclaimed, self-titled album Lamb Of God in full, plus an encore of four songs including “Ruin,” “Contractor,” “512,” and the debut live performance of “The Death Of Us,” a new song the band wrote and recorded in quarantine for the Bill & Ted Face The Music movie and soundtrack.

To buy tickets for the UK shows, please contact box offices or buy online via this link and here. Tickets for both tours are on-sale here. 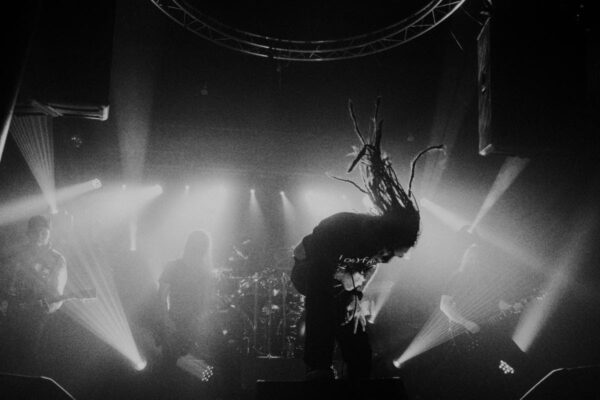