Overdrive attended the second night of ROYAL BLOOD’s two night residency in Dublin’s beautiful Olympia Theater, to see if they are still worthy of the very public love affair between the general music press and the Brighton two piece. What we encountered was a huge fucking wall of sound! 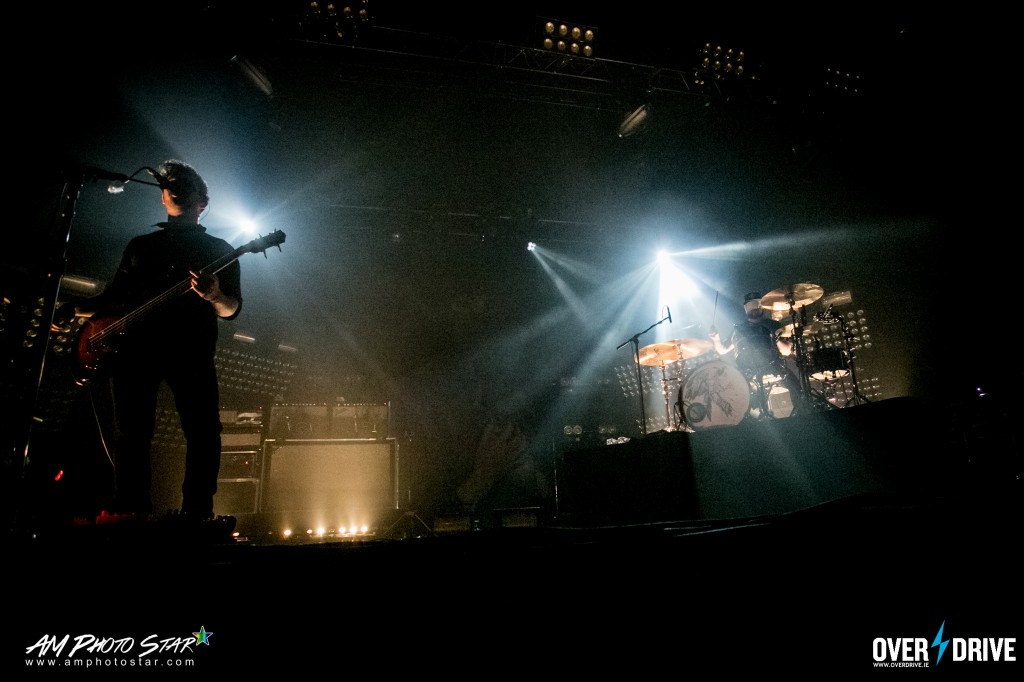 With a packed to the rafters venue for tonight’s second performance by ROYAL BLOOD, it becomes apparent very quickly, that as of this moment, the Olympia is the very epicenter of the Dublin hipster contingency. There are more hair willies & beard combos floating around here, that it begins to look like the males in the crowd were all manufactured from a factory somewhere that are specialists in vintage / kitsch, high brow and low maintenance man dolls. I’m surprised there is no draft Kale on tap in the bar tonight, but alas, that is a different subject all together. We are here to witness the return of ROYAL BLOOD to Ireland after they pulled off a blistering set in the more intimate surroundings of the Academy in Autumn last year. 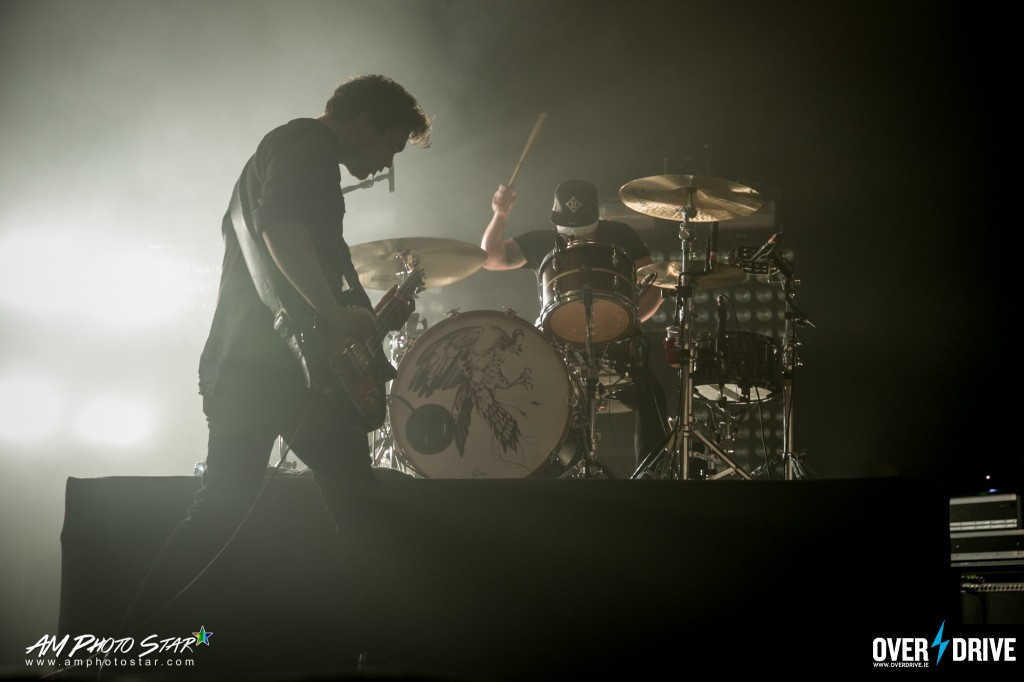 With a simple, but effective lighting set up and the now iconic album artwork hanging in majestic glory from the rear of the stage, Royal Blood make their way towards their weapons of trade. Drummer Ben Thatcher, is led to his stage right drum riser, by a roadie; due to the fact that he is blindfolded, yes blindfolded. For what reason, we don’t know and to be honest, we don’t really care as he launches into fist track of the night “Hole“, with such intensity and visceral passion, one can simply not deny the huge sound that Royal Blood achieve when experienced live.

Mike Kerr cuts a sharp figure, as he stands before his pedal board and does fantastic things with his bass guitar. With the audience in the palm of their hands, we are treated to “Come On Over” which causes mild heart attacks from members of the sweaty floor.

Fists are punching the air and cute little mosh pits open up around the venue while the packed two tier balcony’s have punters standing on their feet and singing every word to each song. With little stage banter from Kerr, apart from “are you fucking ready Dublin“, Royal Blood just keep to the business side of things and smash through a set that is exactly 70mins in duration. 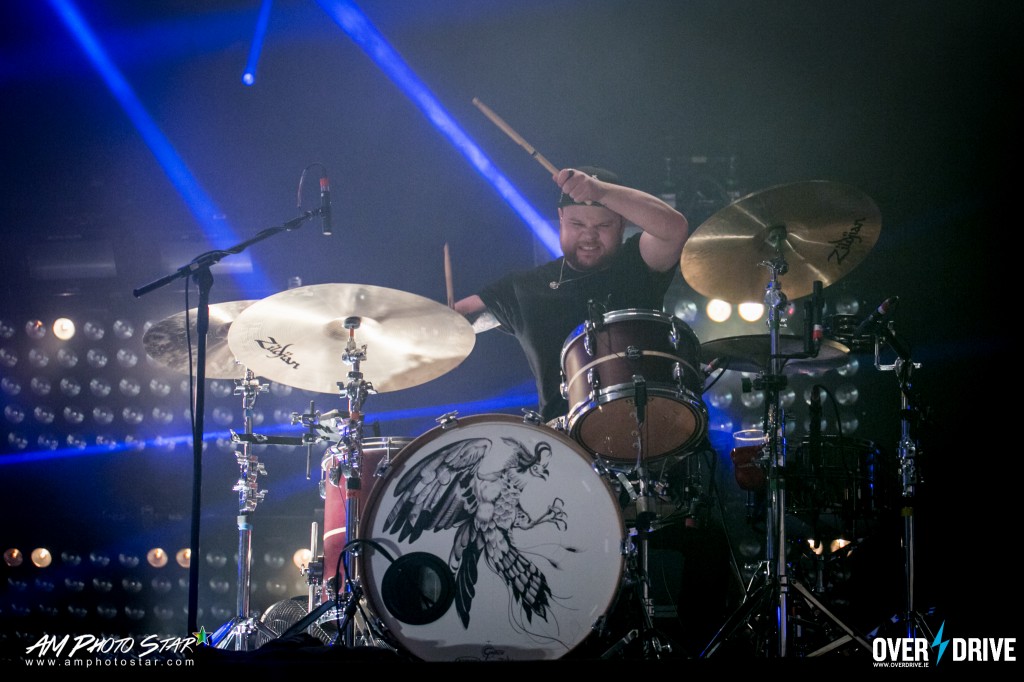 Considered to be modern classics, “Figure It Out” and the epic “Little Monsters“, sound huge tonight and with a few new tracks here and there, the guys manage to keep the level of power and high energy at a consistent level throughout the entire show.

Ending on “Out Of The Black” see’s Thatcher wander out to the front of the stage and down on to the adoring fans in the front row. There is a crush of excitement from the crowd and a frenzy of hands stretching towards Ben, who seems genuinely blown away by the reception he and his mate are receiving, which is totally understandable seeing as there was only a handful of people who attended their debut show in The Workman’s Club back in March of last year.

As the climatic ending to the show see’s the boys batter the living shite out of the drum kit, the house lights come on and with no encore, it’s all over. Punters squeeze out the doors and make their way to the merch stand where they pay a pretty price for the bands branded shirts.

All in all, you have to hand it to Royal Blood for being a band that challenged the mainstream and won. Whether you like them or not, Royal Blood have brought real live musicianship back into the charts and are opening doors for people into the world of Rock, which can only be a good thing.

Check out more pictures from the show below. 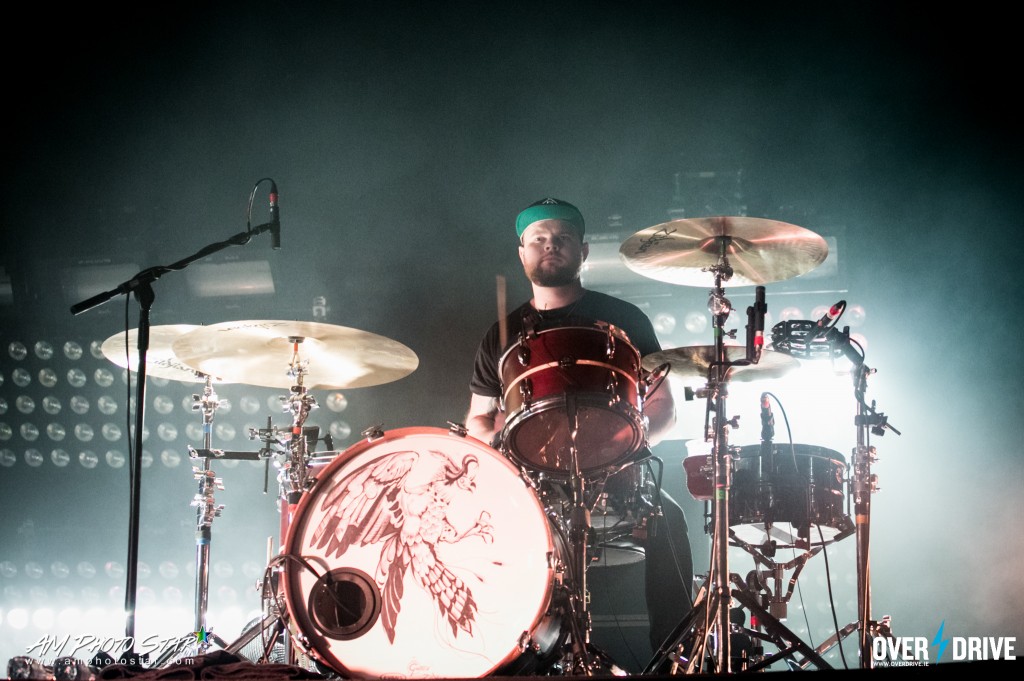 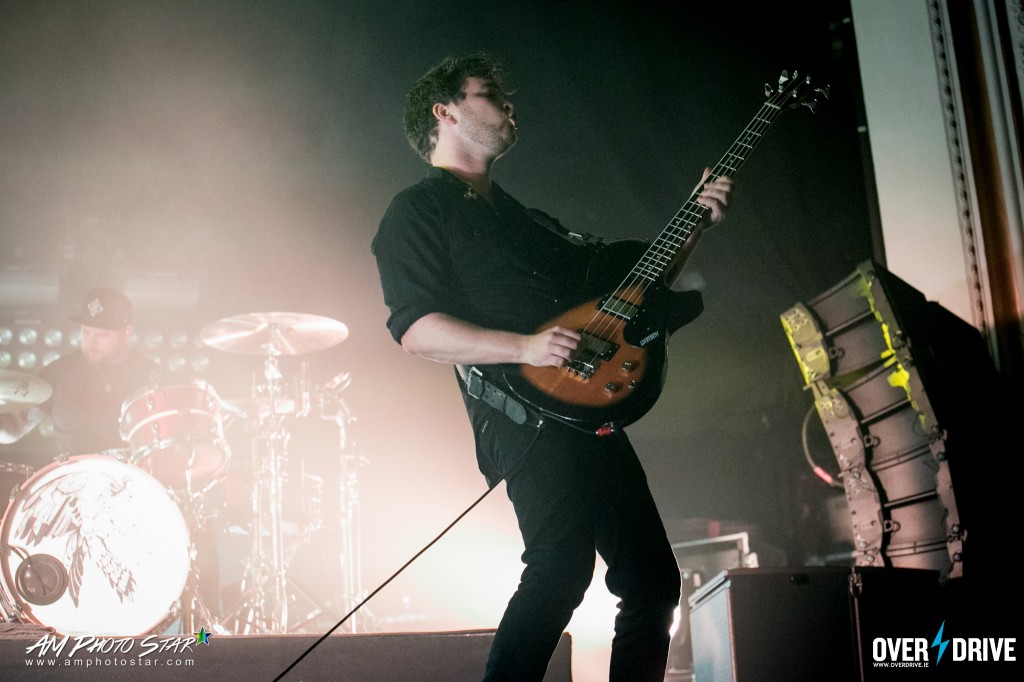 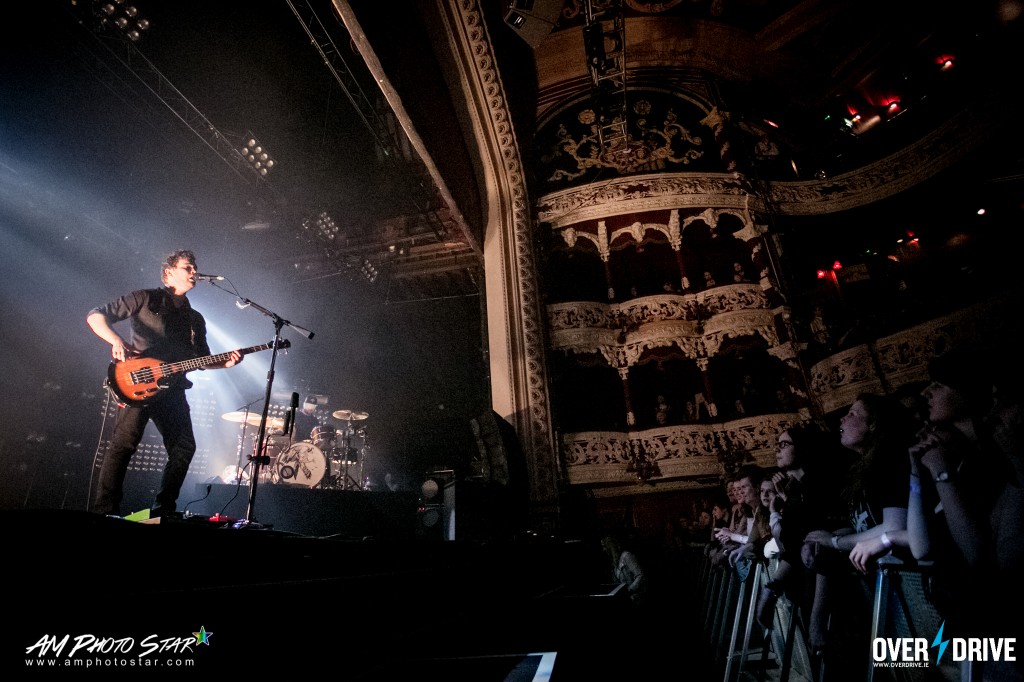 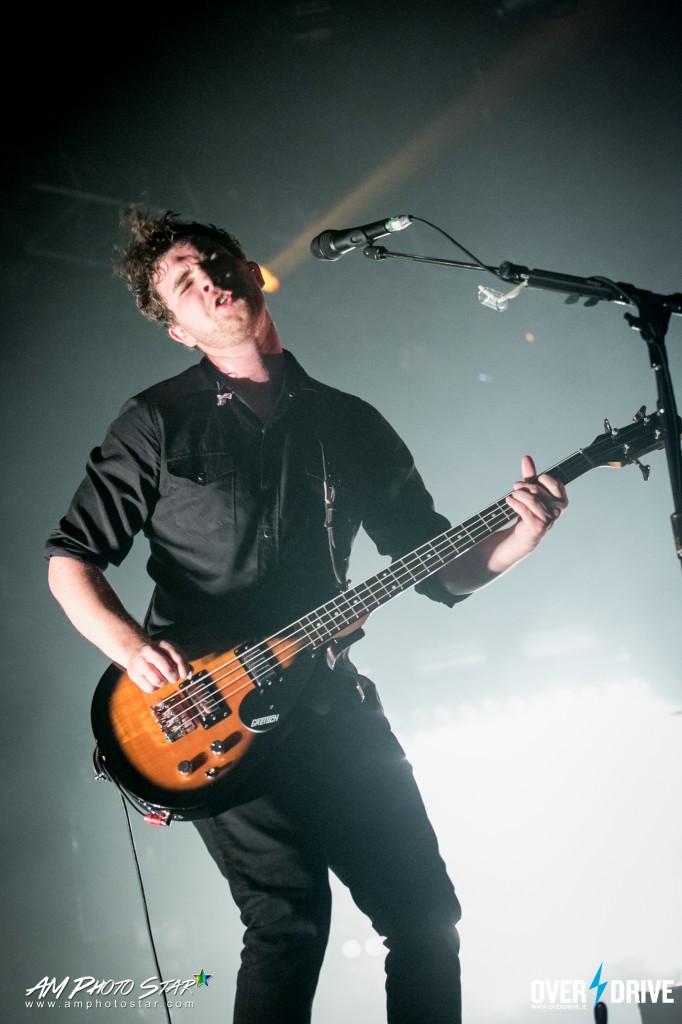 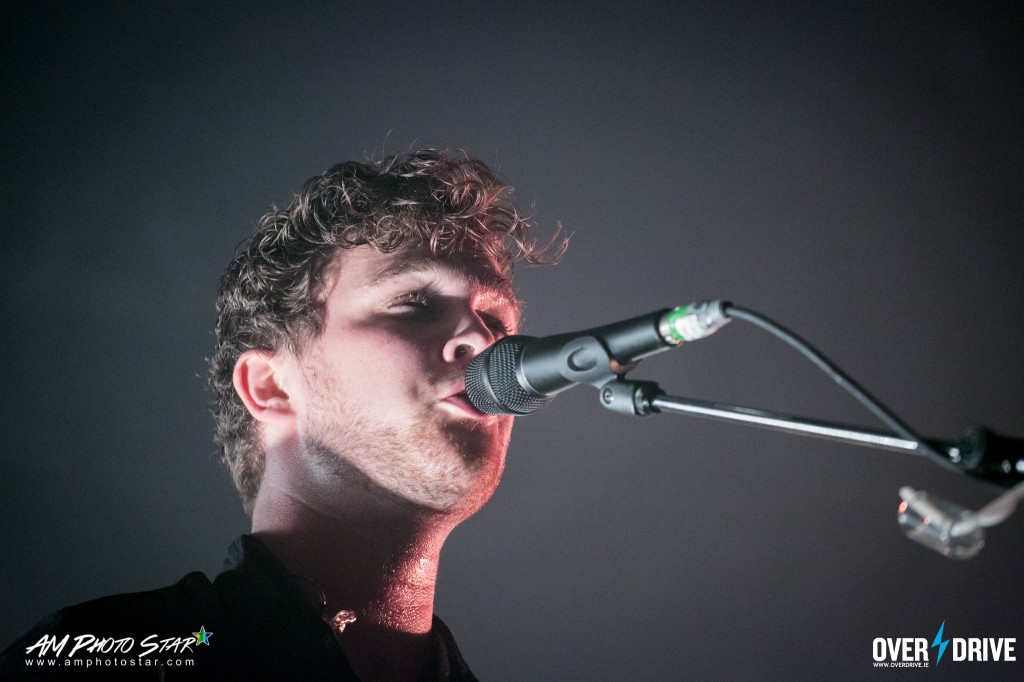 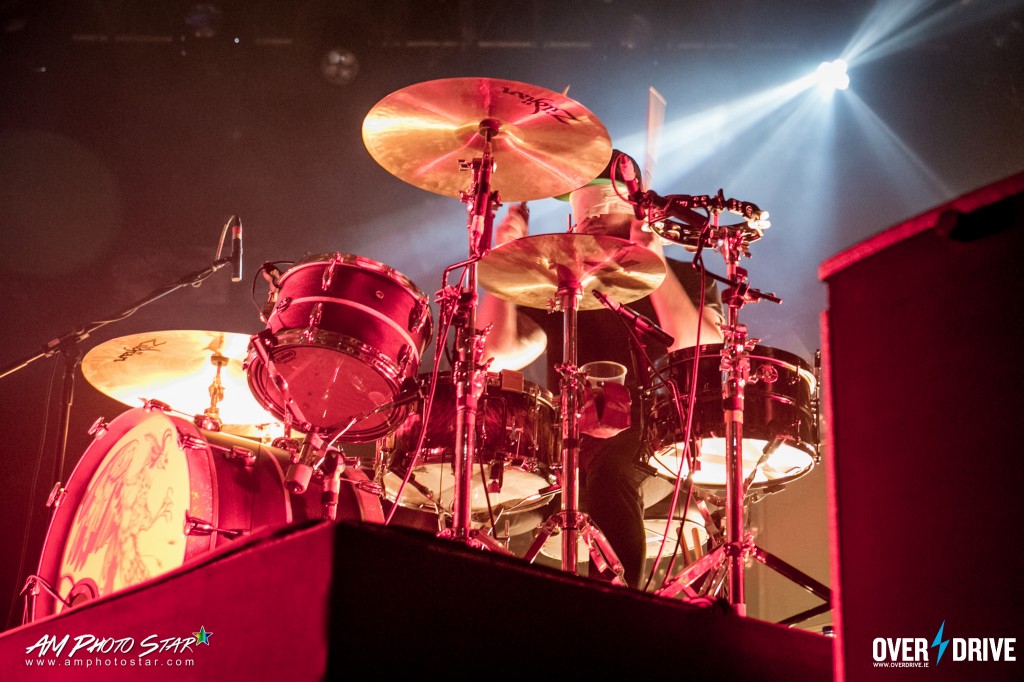 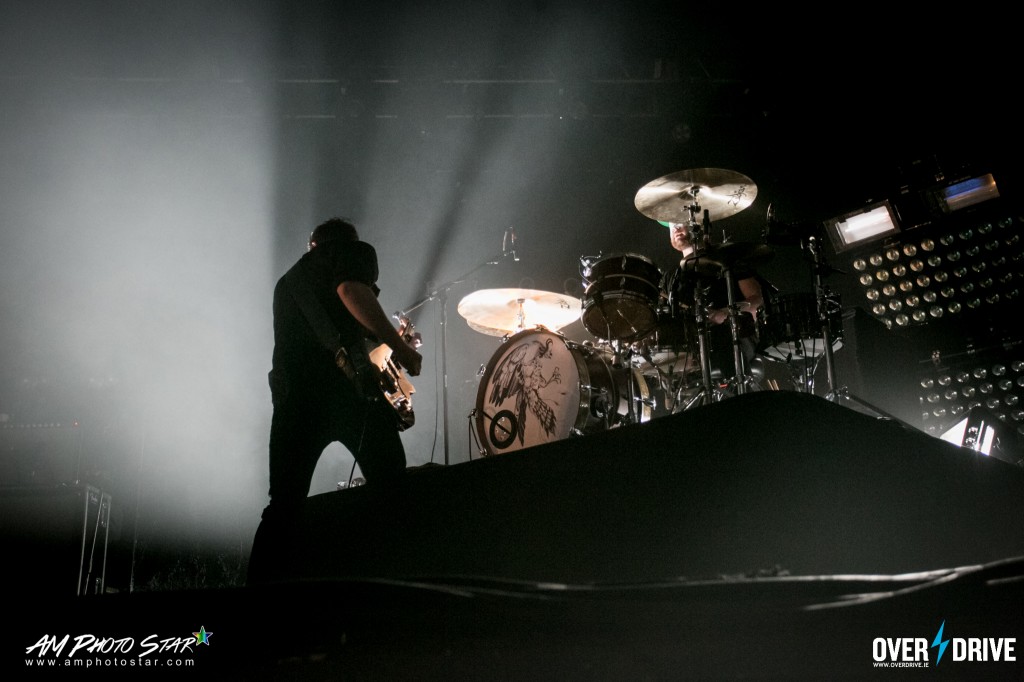 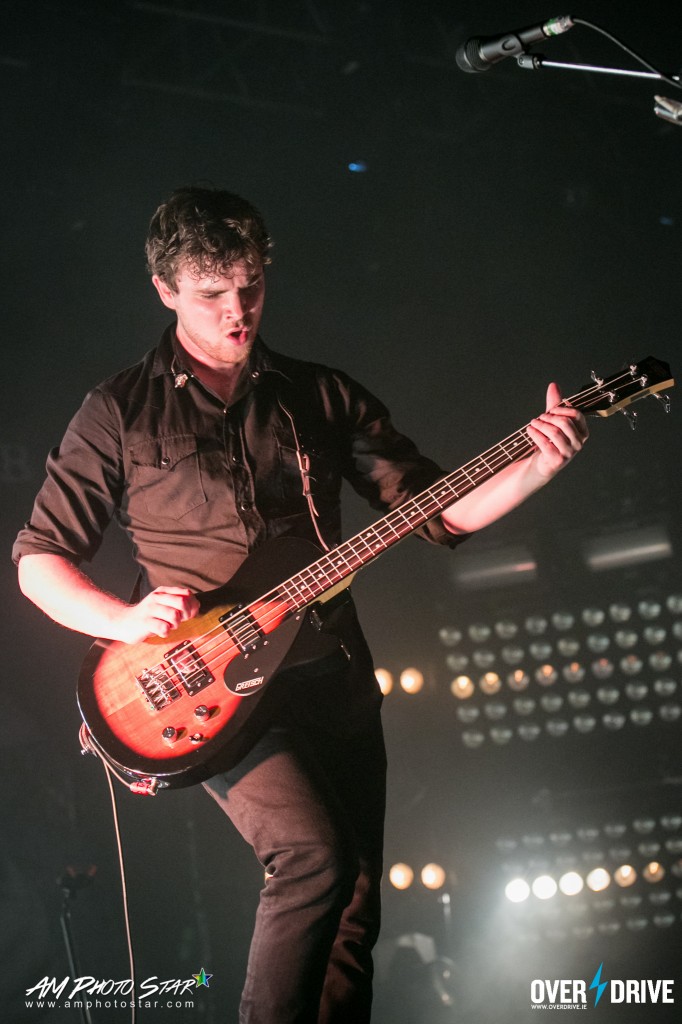