Liverpool based heavy experimental collective of 5, Loathe, have announced that they will be supporting Bury Tomorrow on their upcoming twenty-two date UK run. 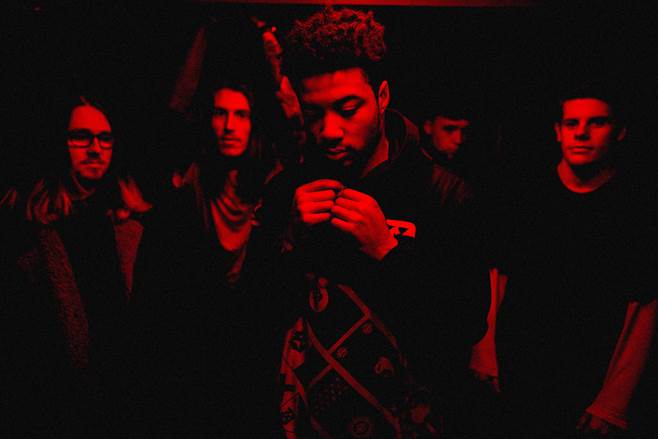 The tour has been dubbed ‘The Stage Invasion Tour’ and will see Bury Tomorrow and Loathe hitting a run of smaller venues around the UK.

The dates will kick off on 19th October at The Booking Hall, Dover – taking the quintet from places such as Plymouth in the south west to Bridgend Wales, Norwich, a Loathe home town show in Liverpool on 2nd November, up through Middlesbrough to Aberdeen and Edinburgh Scotland plus many more locations. The full list can be found on the graphic below.

The shows in Norwich, Peterborough, Doncaster, Huddersfield, Milton Keynes, Worcester and Bournemouth are already sold out!

LOATHE’s commanding debut record ‘The Cold Sun’ is out now via SharpTone Records. 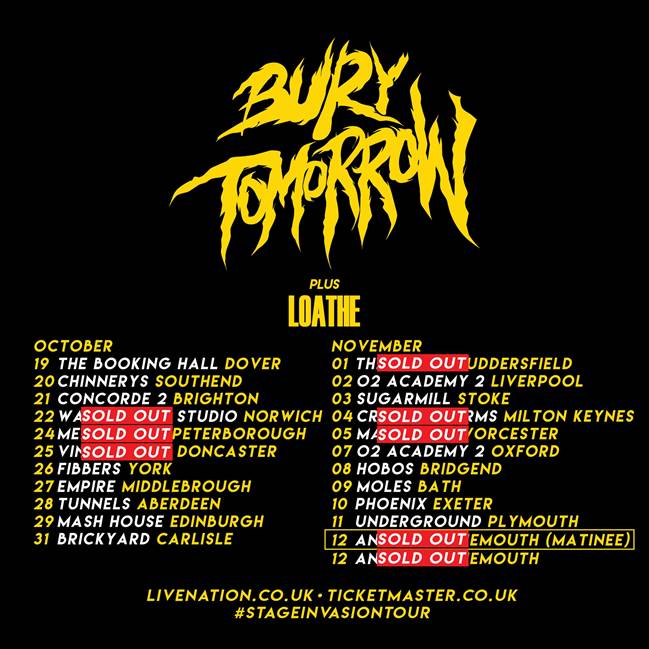