Just when you think Machine Head’s Rob Flynn was all out of surprises, he goes ahead and drops the news that Decapitated guitarist Vogg and Devilment drummer Matt Alston will be on the forthcoming MH dates…

They will join MACHINE HEAD on the first leg of its 25th-anniversary tour for the band’s classic debut, “Burn My Eyes“. The trek will kick off in Germany on October 5 in Freiburg, and continue across Europe, wrapping in Dublin, Ireland on November 8.

Building on MACHINE HEAD’s “An Evening With…” format, these shows will be a three-hour musical extravaganza, comprised of two parts: Part one will feature a battery of MACHINE HEAD’s modern classics, such as “Imperium“, “Halo” and “The Blood, The Sweat, The Tears“, featuring guitarist/vocalist Robb Flynn and bassist Jared MacEachern performing alongside Kiełtyka and Alston. Part two will feature “Burn My Eyes” played in its entirety for the first time ever, with original drummer Chris Kontos and guitarist Logan Mader joining in.

Kiełtyka stated about his new gig: “It’s a huge honor to be able to play at the same stage with the mighty MACHINE HEAD. I grew up on their music and when I heard I will join them on this tour, I was literally stoked!

“As a 13-year-old, I was learning songs from ‘Burn My Eyes’ who is still one of my favorite albums EVER, that album had also a big influence on my playing and my guitar skills.

“MACHINE HEAD is not just a band, it’s an institution who has still a big influence on how all metal scene looks like, so for me as a musician and also a metal fan it’s something special to be able to be a small part of it.

“That will be definitely a huge lesson and experience for me to be a part of such a professional team. Adventure begins, I cannot wait!

“To all DECAPITATED fans: I will see with you also during DECAPITATED shows in 2020. We do plan also to compose new music for next album so keep an eye on more news! 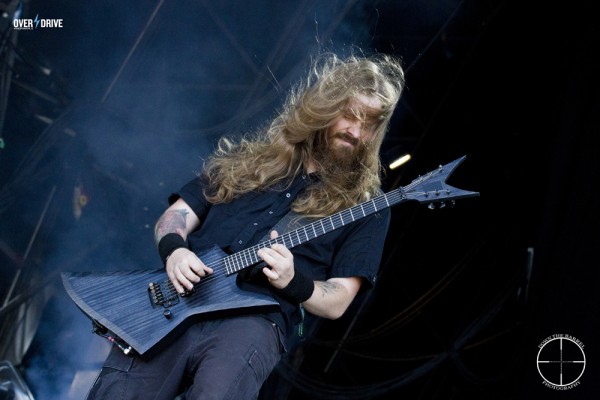 Waclaw “Vogg” Kieltyka shredding the shit out of Bloodstock 2014. © Down The Barrel Photography 2019 for www.overdrive.ie