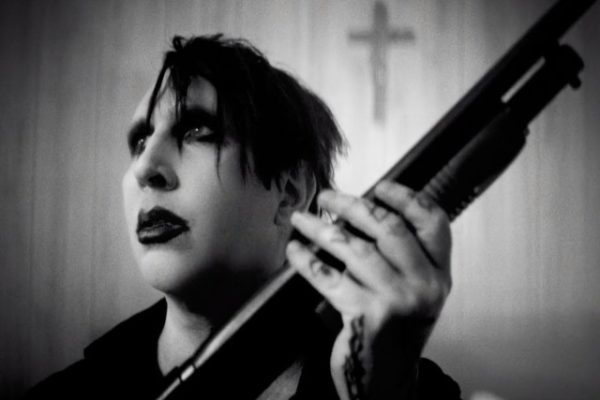 The allegations come from Dan Cleary, who previously worked with Manson as a tech on the road and then later as his personal assistant in 2014-2015.

Cleary first came out against Manson this past September via this Twitter thread, detailing some of the abuse he says allegedly took place against Manson‘s ex-fiancée Evan Rachel Wood.

Now, Cleary has come forward to recount concerning behaviour he claims to have seen involving Manson and his current wife Lindsay. Speaking via his Rare Form Radio podcast, Cleary had the following to say about that (via Huffington Post):

“I saw some physical abuse as far as like pushing and throwing things at her and a lot of like violent outbursts around her – breaking things. A lot of mental abuse and name-calling and threats.”

“There were times when Manson would tell her that he’s going to kill her and cut her up and that I’m going to bury her in the desert – me. He would leave the room and I would [tell her], ‘You’re going to be fine. I’m not going to do any of that. Let’s get you to a hotel.’”

Notably, Cleary didn’t identify Usich by name in the episode, instead referring to her as his “then-girlfriend” and “now-wife”. Cleary also mentioned on the episode that he regrets not coming forward of the abuse he allegedly saw sooner, offering:

“I mean I spoke to his manager about it, but the manager seemed to know all that and didn’t really care a lot. Everyone in his world… knew what was up and no one seemed to be concerned very much, and so neither did I. That’s on me.”

“There’s people saying that I’m complicit because I saw this stuff happening and I didn’t do anything and I’ll accept that. There is some truth in that.”

This story continues to unfold…