Mastodon has revealed a new beer and it’s called ‘Ancient Kingdom’. All you need to know right here.

Progressive rock/metal quartet Mastodon are no strangers to the world of craft beer.

Following two successful collaborations with Danish brewery (and Decibel Metal & Beer Fest alumni) Mikkeller, the band have announced ‘Ancient Kingdom’, a Czech pilsner and the third in the series.

“Couldn’t be more excited to be collaborating once again with one of our favourite and internationally revered breweries Mikkeller,” Mastodon drummer/vocalist Brann Dailor says. “Ancient Kingdom is the perfect name for this beautifully brewed Czech Pilsner. We hope to swill a few with you on our European tour this winter, or on the beach this summer! Breach the walls of the ancient Kingdom and discover the bountiful riches hidden inside.”

“Our third collaboration with Mastodon is possibly going to be the best one so far,” agrees Mikkeller’s Mikkel Borg Bjergsø. “Not only did we agree on my favorite beer style at the moment, but the label and packaging came out amazing, and Brann and the guys named the beer after what I think is one of the top songs off of Emperor Of Sand. We always have a great time working with Mastodon, and we look forward to catching up with them early next year when they return to Europe.” 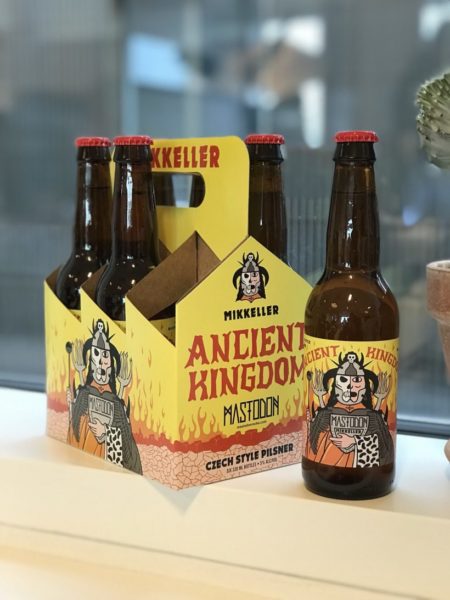 Ancient Kingdom will be available starting November 23 from Mikkeller at their locations and in the brewery’s webshop. Mastodon will tour in Europe in early 2019—dates here. 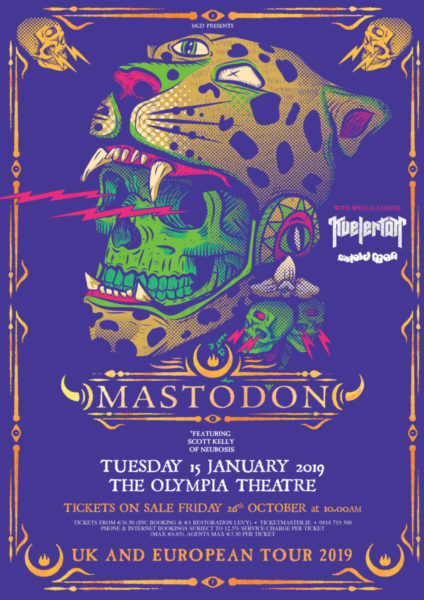