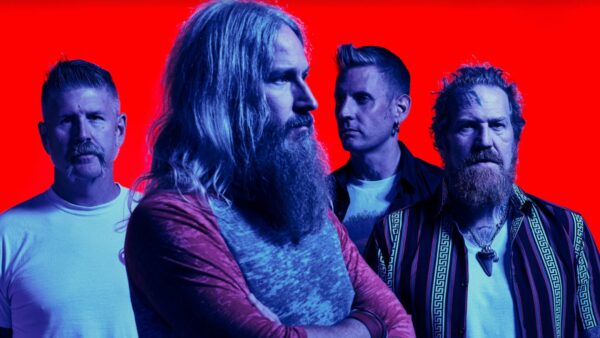 The new album, which is the follow-up to 2017’s ‘Emperor Of Sand’ – on October 29th via Reprise Records.

Hushed And Grim was forged over the past year in Mastodon’s hometown and was produced by David Bottrill, who’s perhaps best known for his work with Tool, Muse, and Peter Gabriel.

Coming in at 15-tracks and two discs, it’s a lengthy, ambitious effort from the sludge-ridden titans and one that has been influenced by the loss of their friend and longtime manager Nick John, who passed away in 2018.

To mark the album announcement, Mastodon have released a video for the new single Pushing The Tides which you can watch/hear below…