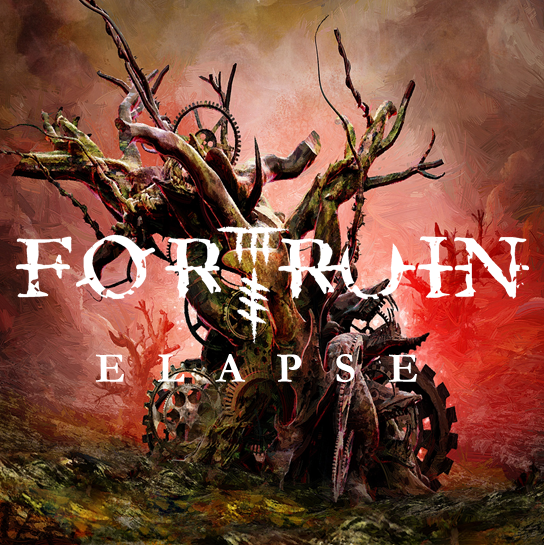 Following the first digital single from the EP, “Fuel To The Fire” [listen below] the project was keeping busy during a few years in hibernation, with Murphy focusing on other musical projects such as tribute acts LOST PARADISE and KATATONIK and their continuation as original act THE GRIEF.

It was, in fact, the COVID-19 lockdown and pandemic period that inspired the new material which was recorded in John Murphy’s converted barn over the last 6 months with the first offering being ‘Elapse‘ – a collection of 4 impressively arranged/recorded tracks that are brimming with Murphy’s technical, anthemic and crushing vision and the best part? This is only half of the tracks! Another EP – ‘Relapse’ –  is due to follow in the near future. So, keep your eyes peeled to the For Ruin socials for regular updates.

The EP marks the band’s first release in 7 years – the previous release being the band’s 3rd full-length titled Ater Angelus, released in August 2013.  The band took a hiatus after this period for several years, playing only sporadic shows in the period since.

Founder and now sole member John Murphy re-ignited the band’s spark over the past 2-3 years, writing a range of new material. Once a home studio renovation was completed, he began to refine and record songs aimed at both FOR RUIN and also the doom band he is active in, THE GRIEF (read our interview with The Grief here).

The 8 songs have been mastered by Marko Tervonen (The Crown) during August 2020 at Studio-MT, in Sweden. Artwork for both EP’s comes from Ken Coleman (Morbid Angel, The Cranberries etc) and track 4, The Measure of a Man, features a guest bass performance by Pete Lawlor who has played on all the band’s releases since Last Light (2009).

The EP is available now digitally on Spotify, Apple Music, Bandcamp & all other common streaming platforms.