Just about every band member from every metal band in the greater Dublin area is under Vicar Street’s roof tonight. The reason? Swedish extreme metal scientists Meshuggah are undergoing a master class of, well…. mind boggling, outer planetary musicianship. Get our take on the night below. 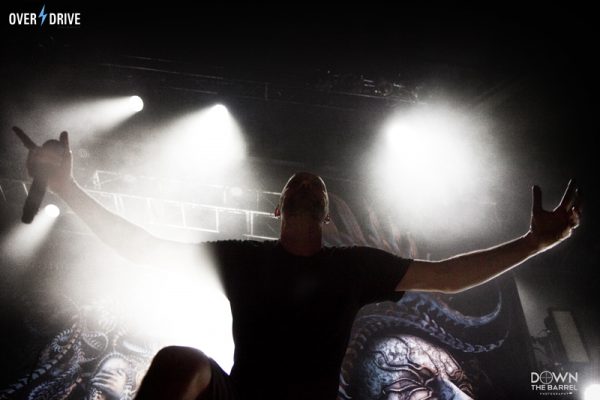 With The Academy being the original venue for Meshugga’s return to Ireland, public demand for tickets influenced an upgrade to Vicar Street and tickets naturally disappeared quicker than Tomas Haake’s kick drum pedal. 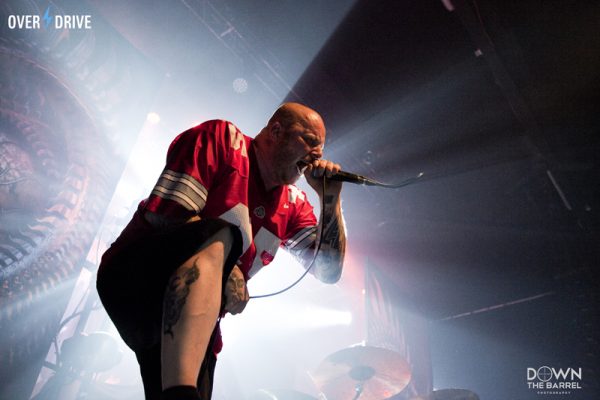 As the dark corners of Vicar Street began to fill with hordes of excited punters, it becomes apparent that there is a very eclectic mix of music fans here tonight and not surprising as the spectacle of seeing Meshuggah lay waste to Ireland’s capital is one, that simply cannot be reproduced by any living band this side of our known universe.

As the lights plunge into darkness, a thunderous roar of approval greets The Hunted, who launch a fierce attack on the senses with opener, No Compromise which has to be said, offers one of the best sounds I’ve witnessed from an opening band in a long time. Frontman Marco Aro is in fine form tonight with crystal clear vocals and a huge shit-eating grin on his face, as he rips the bollocks out of ‘99‘, ‘Hollow Ground‘ and ‘Time (Will Not Tell)‘. We are even treated to a few pirouettes, much to the amusement of the packed venue. 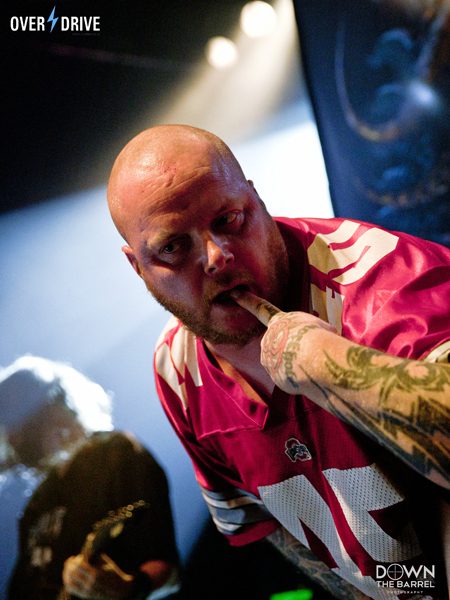 Demanding the crowd to get into the spirit of things and ‘take the fucking floor’, Aro lunges from left to right of the venues wide stage, stoking the embers of the now rabid crowd. Guitarists Jensen and Ola shred through rippers D.O.A, Bury the Dead and final blistering knock-out, Hate Song.

The Haunted pulled off one hell of a performance and although we all know that what’s coming up next, there is no denying that their purpose tonight was to warm-up the sold out capacity, to which they exceed on every level. 4/5

The electricity in the air is electrifying with the anticipation of tonight’s headliners. Excited banter fills the confines of the venue, as we all wait patiently for the arrival metals finest sonic architects. An eerie pulsing tone emerges from the house PA indicating the beginning of what will no doubt be an unforgettable master class in sonic mind-fuckery.

With a compressed sound that hits you dead straight in the abdomen, Meshuggah sound immense. Opening with Clockworks, their cacophony of brutality swishes between moments of horror and claustrophobic beauty, while freefalling down a rabbit hole of time signatures and stunning arrangements that have a large portion of the venue shaking their heads in disbelief. 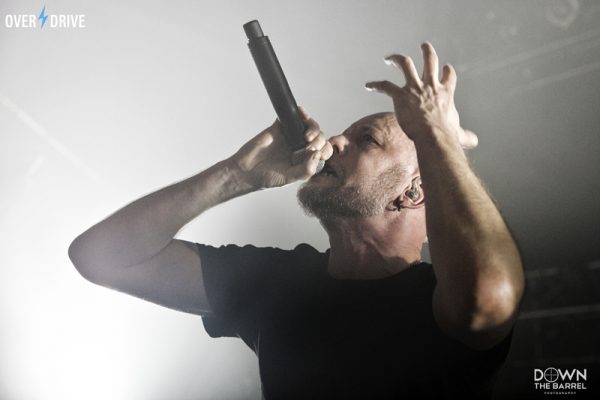 Born in Dissonance launches silhouettes of body parts from the main floor into the spectacular universe created by the outstanding lighting show which explodes in perfect unison from the stage. Our Gods of the evening are shrouded in mystery from the stage, as they construct a fractal matrix of musicianship, offering gifts such as Lethargica and the title track of the recently released ‘The Violent Sleep of Reason‘.

The intensity of Meshuggah’s performance tonight is relentless. The effect of their music, twinned with the manic and equally beautiful lighting show can somewhat instil a peculiar feeling at times. Almost like drowning or being smothered with a sense of falling beneath a tremendous force, Meshuggah creates landscapes that at times seem void of oxygen then, just at the point of no return, you are launched into a utopia of breathtaking magnificence. 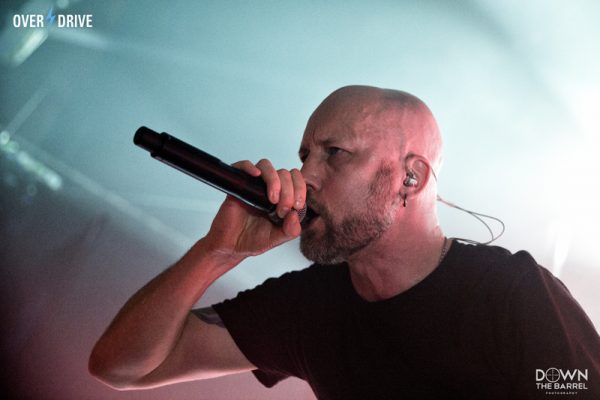 The sheer intensity of ‘Bleed‘ turns Vicar Street on its head and as Tomas Haake unleashes his God given gift from the lofty heights of the drum riser, we are treated to one last journey down the wormhole with Demiurge and Future Breed Machine before the Stockholm natives bid farewell and leave eleven hundred punters picking their jaws up from the beer-soaked floor. Utterly fantastic. 4.5/5

Get the full photo gallery below. All images  – Down The Barrel © 2017