Metallica will be streaming a special benefit performance in aid of the Californa Wildfires that recently ripped through the state. The show will take place tomorrow (November 9th) via the bands’ official YouTube and Facebook platforms. 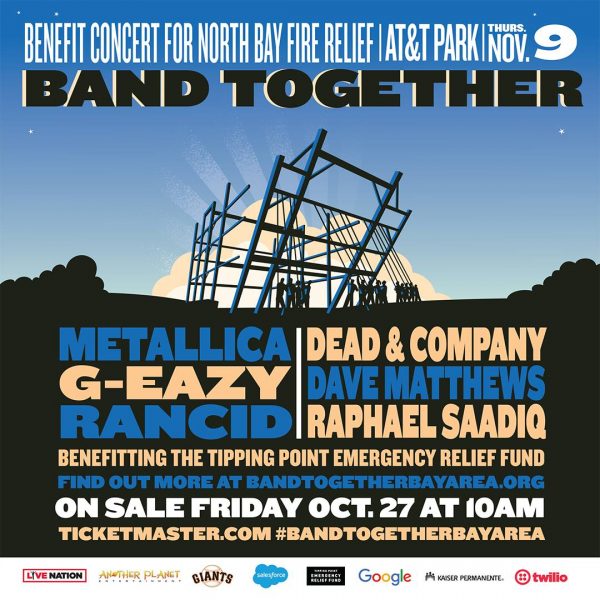 Having recently completed a series of UK and European dates, Metallica will perform at tomorrow’s Wildfire Benefit show in California, titled ‘Band Together Benefit Show‘.

The five-hour event will also feature Rancid, Dave Matthews, G-Eazy, Raphael Saadig and Dead & Company and will be held in San Francisco’s AT&T Park starting at 5.45 PST which will be 01.45AM GMT.

The concert has been organised to raise funds for those affected by the recent wildfires in California, which have left 42 people dead and saw more than 8000 homes and buildings destroyed.

Money raised will go towards Tipping Point – a charity that fights poverty in the Bay Area.