METALLICA TEAM UP WITH HASBRO ONCE AGAIN, FOR ‘CLUE’ BOARD GAME…


If Metallica‘s version of ‘Monopoly‘ didn’t satisfy your board game urges, the legendary thrash metal band have newly partnered with the mystery board game franchise, ‘Clue‘. 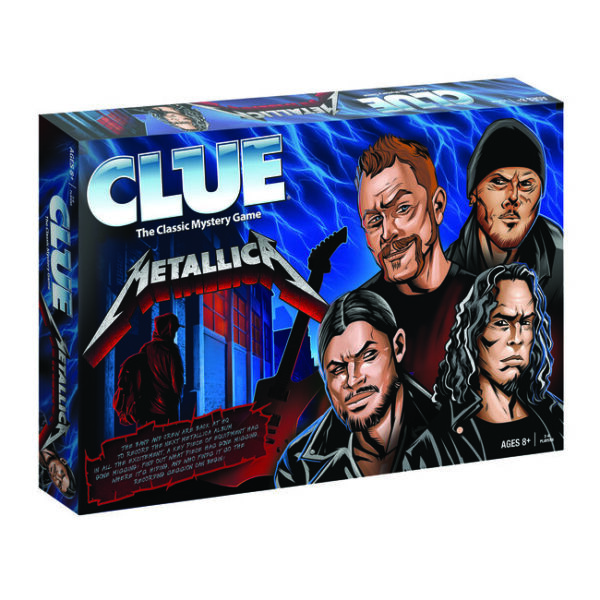 Metallica ‘Clue‘ comes about a decade after the band partnered with Hasbro for Metallica Monopoly.

In this remastered version of Clue, players must split up and scour Metallica HQ for a missing piece of crucial equipment. Players must figure out what piece of gear has disappeared and where it’s been hidden. Find the gear, so the band’s recording session can get back on track.

With game art by Maxx242, Metallica Clue is available exclusively at Metallica.com just in time for Christmas. 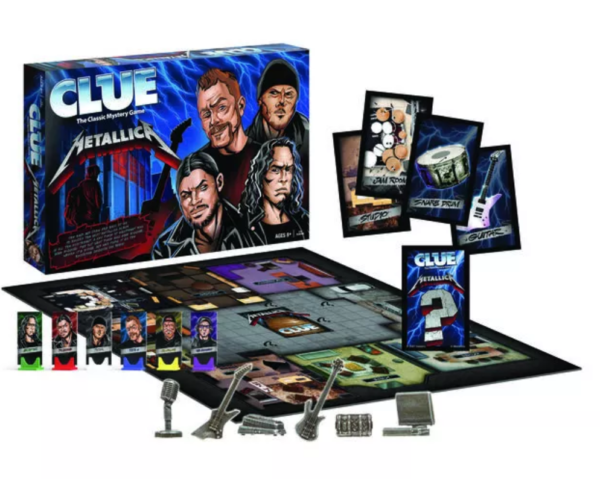 In other Metallica news that band have released pro-shot footage of them performing ‘Fight Fire With Fire‘ at ‘Welcome To Rockville‘ this past week. Check out the footage below…

The footage is taken from the band’s first headlining set at the Welcome To Rockville festival on Friday, November 12th at the Daytona International Speedway in Daytona Beach, Florida.

Welcome To Rockville, a four-day rock festival, kicked off its 10th edition on November 11th at a new home in Daytona Beach.