MONOLORD SHARES “WHERE THE DEATH MEETS THE SEA” FROM FORTHCOMING ALBUM ‘RUST’.


MONOLORD SHARES “WHERE THE DEATH MEETS THE SEA” FROM FORTHCOMING ALBUM ‘RUST’. 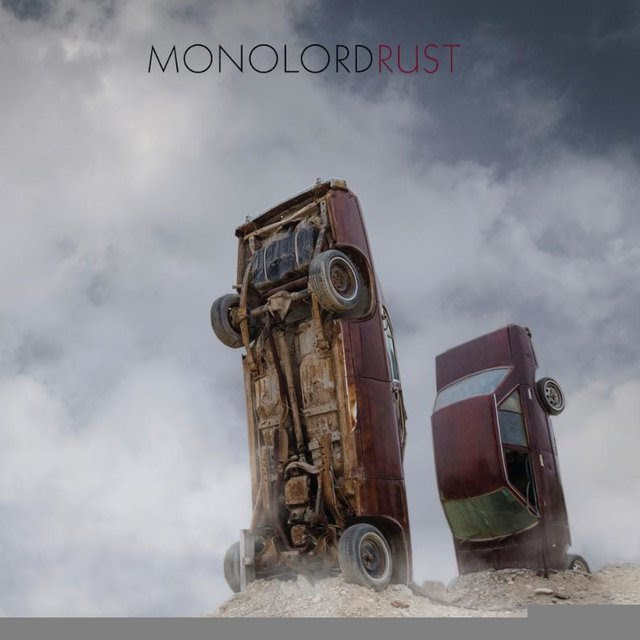 Monolord is a rare breed: A band both encompassing and transcending genre; a vortex of heavy rock density that consumes all others.

Their thunderous, tuneful heft has built a rabid international fan base in short order since their 2014 debut. But Rust, the band’s third full length, truly exemplifies why some refer to them as the Nirvana of doom. 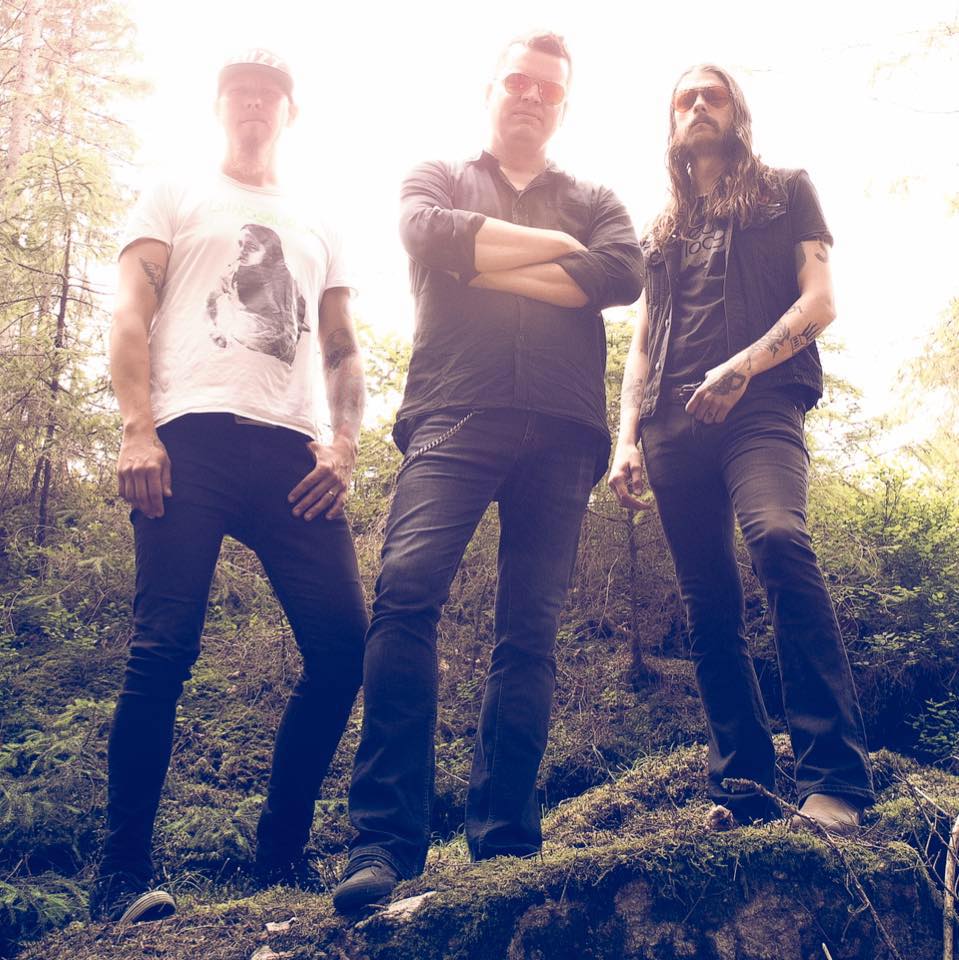 The band previously released the title track, which also features John Gamino (Mondo Drag) on keyboards and Trevor Church (Beastmaker) playing a guitar solo at the end of the tune. Hear and share “Rust” via the link below;

Monolord’s enveloping, syrupy sludge is a vibe, it’s a state of mind. Not riffs for riffs sake, but a collective buzzing, rattling and rumbling that’s more total environment than a collection of songs. Together, guitarist/vocalist Thomas Jäger, drummer Esben Willems and bassist Mika Häkki create a massive, dynamic sound with ultra-low frequencies serving as its fourth member.

The album opening song “Where Death Meets The Sea” is available to hear on the link below:

“We’ve always been inspired by great band musicians – as opposed to technical solo peacocks,” Willems says. “Because that force of a band really playing together as one single unit is incomparable. At its best, it’s just unstoppable.” And, Monolord is truly unstoppable, on record and on stage. “A heavy groove that contains both bombastic overkill and a lot of dynamics is what we always aim for in Monolord; in playing, in song writing and arranging, in recording,” Willems says.

Album opener “Where Death Meets the Sea” perfectly exemplifies their mastery of dynamics and hooks with a driving, infectious buzz saw riff that lesser bands would ride off into the sunset, but Monolord uses subtly to spur the song’s skull rattling rhythmic core ever onward.

Jäger’s watery vocals glide over ominously building verses that erupt with the song’s insistent refrain. Being such a tight rhythmic unit, it sounds almost like an early ZZ Top record played at half speed. “Dear Lucifer” squeals and hums with slow deliberation as Willems summons Dale Crover pummel with chasm-like low-tuned toms and syncopated cymbal crashes. The album’s title track is also its

The album’s title track is also its centrepiece, opening with a dramatic, shimmering Hammond organ intro as Jäger sings, “you are the reason that I lied/ You are the reason that I cried/ Please don’t wait until tomorrow/ There’s only pain, hate, grief and sorrow.” Suddenly, the band kicks in with a bellowing line down-tuned to B that nosedives down the guitar neck as the drums hammer down for the kill. Elsewhere, tastefully understated guitar harmonies elevate the behemoth churn of “Wormland” and apocalyptic album closer “At Niceae” simmers in a slow build of rumbling guitars and rolling drum triplets.

Monolord formed in 2013, quickly recording their 2xLP debut Empress Rising, which RidingEasy Records released in April 1st, 2014. The second album, Vænir, followed April 28th, 2015. The 2-song Lord of Suffering / Die in Haze EP was issued in late 2016 amid the band’s relentless touring schedule in order to tide fans over until the next full length. Vænir landed on countless Album of the Year lists in 2015, and Rust is poised to open an entirely new range of possibilities for Monolord.

Rust will be available on LP, CD and download on September 29th, 2017 via RidingEasy Records. Pre-orders are available at RidingEasy and Bandcamp.

Monolord will join UK Doom-trio Conan on a gargantuan co-headline 21 date roll over the Continent.

Starting at the Soulcrusher Festival in Nijmegen, Holland on October 7, 2017, it takes in France, Spain, Belgium, Denmark, Czech Republic, Austria, Switzerland and Italy before winding up twenty-one days later in Siegen, Germany. 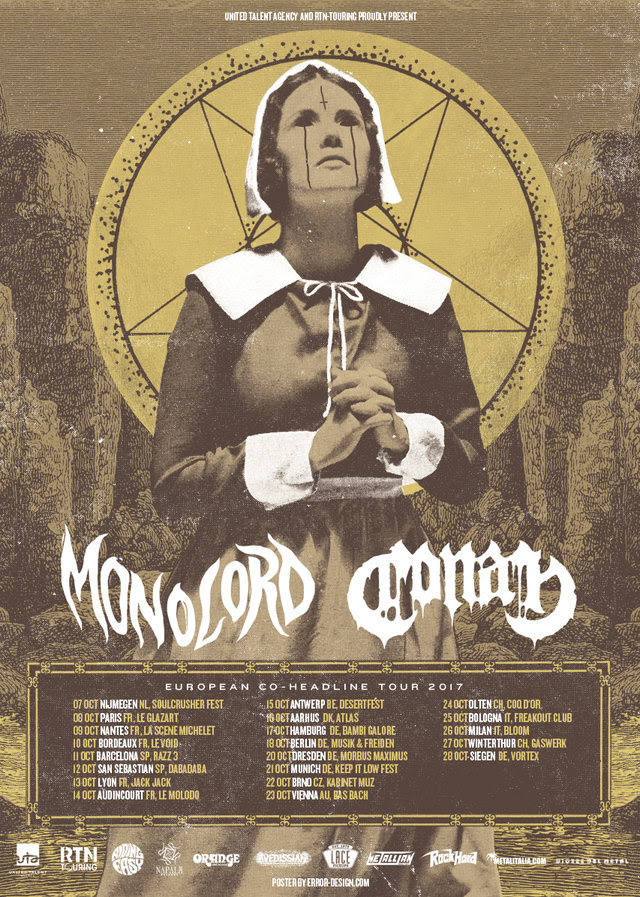