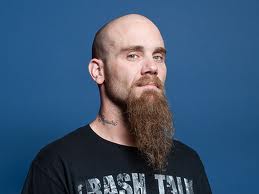 While little details were revealed, the Mondo Generator camp has announced that their vocalist/bassist Nick Oliveri (ex-Kyuss/Queens Of The Stone Age) was involved in a rather serious looking car accident this past Monday, June 24th. The band said of the accident:

“We’re sending many many well-wishes and hang in there’s to Nick! He was involved in an auto accident late Monday night. He was shaken up, and you can probably see why if you look at the car, but it’s nothing he won’t recover from. Get well soon brother!”

You can find the aforementioned picture of Oliveri‘s totaled car below: