With the summer festival season now in full swing across Europe and a cascade of local gigs being announced from Dublin Metal Events hosting a wish list of gigs from Skid Row, Evile, Queensryche, Nile, Alex Skolnick Trio to the mighty Exodus and L.A sleaze merchants Buckcherry and MCD bringing Lamb of God and Hatebreed to town things can’t possibly get any better right?

One of the remaining highlights of the summer calendar has got to be the rather surprise announcement that Nine Inch Nails are headlining the Belfast Belsonic Festival with support from And So I Watch You From Afar on Wednesday 21st August and will be playing along with Monday 26th August’s heavy bill of Gojira, Bullet For My Valentine and Bring Me The Horizon who will close the festival. 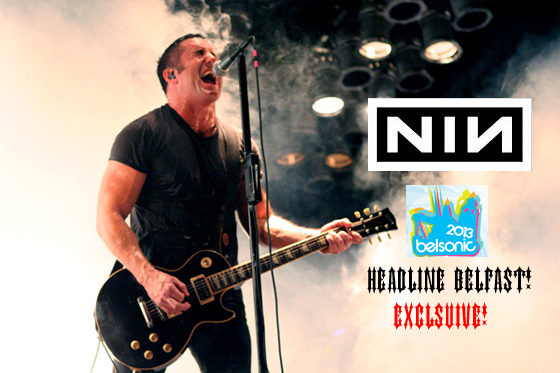 The Festival which takes place in the city’s Merchants Square will see a rather mixed bag of performances from the likes of Basement Jaxx to Jake Bugg taking the stage over a series of eight gigs throughout.

NINE INCH NAILS‘ new album, “Hesitation Marks”, is scheduled for release on September 3. The follow-up to 2008’s “The Slip” will contain 14 tracks, including first single “Came Back Haunted”, the video for which is being helmed by acclaimed filmmaker David Lynch.

According to RollingStone.com, “Hesitation Marks” will feature guest appearances by a number of musicians, including guitarist Lindsey Buckingham of FLEETWOOD MAC; bassist Pino Pallidino, who is currently a touring member of THE WHO; and KING CRIMSON’s Adrien Belew, who recently left NINE INCH NAILS just a few weeks after he was announced as a new member of the Trent Reznor-led group. 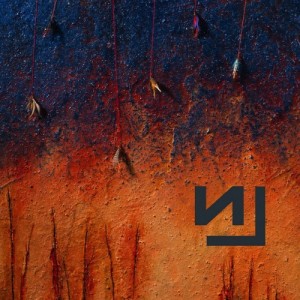 Six years after his NINE INCH NAILS contract with Interscope Records expired and he became an independent artist, Reznor has signed a new deal for NINE INCH NAILS with Columbia Records, marking NIN’s return to the major label industry. Reznor’s other act, HOW TO DESTROY ANGELS, made a deal with Columbia last year, so extending the partnership to NINE INCH NAILS doesn’t seem like much of a stretch.

Reznor officially resurrected NINE INCH NAILS a few months ago after a four-year break for an extended tour that will kick off the summer.

The band is performing at a number of other festivals, including Lollapalooza, Outside Lands, Leeds, Reading, Made In America and the Voodoo Festival.

The new band lineup will debut on July 26 at the Fuji Rock festival in Japan. The show will mark NINE INCH NAILS’ first live performance in nearly four years.
Reznor officially put NINE INCH NAILS on hiatus after the final shows by the last version of the group in September 2009.

Since then, Reznor and collaborator Atticus Ross have scored two films, including “The Social Network”, for which they won a Golden Globe and an Academy Award in 2010.
Along with Reznor’s wife, singer Mariqueen Maandig, Reznor and Ross also launched HOW TO DESTROY ANGELS, whose debut disc, “Welcome Oblivion”, came out in March.

For more information on Belsonic, check out the website and get your self a few tickets.