OVERDRIVE DISCOVER – UNDER. A BLISTERING, THUNDEROUS THREE-PIECE FROM STOCKPORT UK.

Describing themselves as an ‘Acid Nightmare from Stockport‘, UNDER specialise in creating tempestuous riffs, loaded with visceral energy and dark, doomy, sky-cracking fuzz! Don’t believe us? Then step inside and see for yourself. 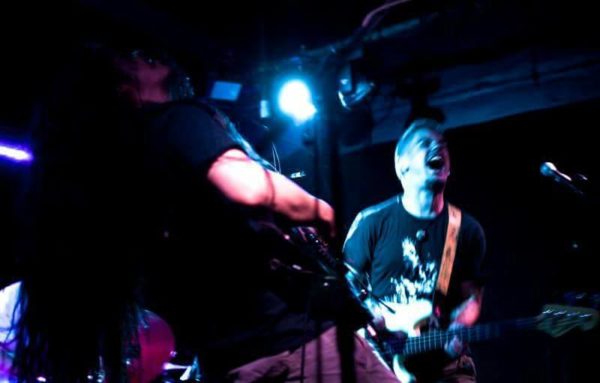 Hailing from the Greater Manchester area of Stockport, UNDER are an impressive three-piece who craft a truly magnificent sound indeed.

Sounding like Electric Wizard and Monolord free falling on a special batch of Albert Hofmann’s finest, UNDER bring a quality strain to the slow n’ heavy genre thanks to their eclectic ability to pen wonderfully captivating music.

Their third studio release, ‘Don’t’ Be Naive‘ boasts nine absolute bangers that drift through deserted swamps, reeking of Alice In Chains and YOB in places and let me tell you, folks, it’s fucking glorious!

The guys took some time out for our ‘Discover’ series, so get stuck in…. 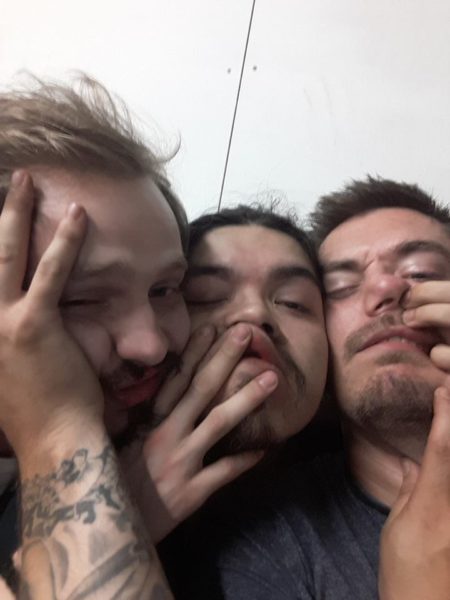 Simon Mayo (Guitar & Vocals) – We’re a three-piece from Stockport, myself on guitars, Andy Preece on Drums and Matt Franklin on Bass. When we moved on from our older band we wanted to focus more on utilizing everyone’s unique vocal capabilities.

Matt Franklin (Bass and vocals) – We’re heavy, we’re weird, we let the audience decide what they want to call us. Somebody recently suggested “uneasy listening” as our genre – we like that.

SIMON – I produced our first 2 releases: ‘First Attempt’ and ‘Slick’ (pictured below). And we decided to work with Rian Gamble for ‘Stop Being Naïve’. It was nice to step back from the engineering side and enjoy the recording process as a musician.

MATT – We’re heading back to the studio soon to record our craziest track to date for a forthcoming and currently secret split with a certain excellent UK heavy band.

Andy Preece (Drums and vocals) – There is no one musician/group that inspires us. We’re way too contrarian to stay into any one thing for more than a month or so.

MATT– So far, our only gigs have been on the underground scene so we owe it an awful lot. A Manchester promoter called Eytan started booking us off the strength of a live recording from our first gig and that early support got us noticed by others. We’ve been embraced by a scene that we barely belong too and the support we have received has been very welcome.

ANDY – It’s never been our intention to achieve commercial success, make money and build a career on the back of this band alone. As such the ‘state of things’, the advent of free streaming and digital download dominating music consumption doesn’t concern us in the least. The great thing about the internet is it allows as many people over the world to listen as possible.

You won’t have to spend your hard-earned cash taking a punt on an obscure band from the arse end of Stockport. This means a greater diversity of tastes in listeners which is a very cool thing, even if it comes at the expense of musicians having a decent salary.

SIMON – If we wanted to rake in the dollars we would have tapped out awhile back and play some trap-tween-vapour-dub-core [sic] shit. We just want to do our thing.

MATT – We get stoned and try to out-weird each other. It’s hard work but we’re up to the task.

MATT – Probably Boss Keloid so we can kiss lovely Steven on the tour bus.

ANDY – We played with Part Chimp recently and would love to do more shows with those guys.

MATT – It would be very difficult to choose any one album. Anything that pushes the boundaries of its genre gets our attention. That aspect is important to us, there is nothing worse in music than being stale and unoriginal.

MATT – We’re booking a small UK tour and heading back to the studio to record that track for the split that may or may not be with Queen.

MATT – You can find out everything you need to know about us on this link.

UNDER ‘Don’t Be So Naive‘ is out now! You can grab yourself a copy via the official Bandcamp link here. 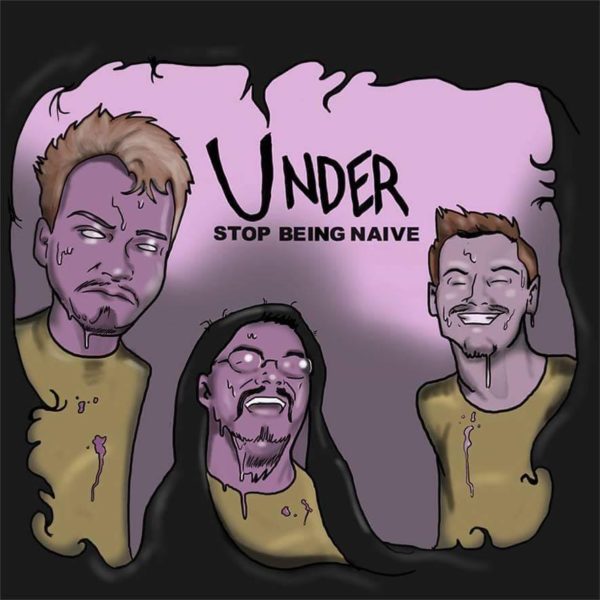