Paradise Lost who are currently on tour in Europe with label-mates Pallbearer and Portugal’s Sinistro have announced a run of shows in the UK and Ireland for February 2018. Full details below;

DME Promotions will be hosting the UK doom legends on February 20th in Belfast’s Limelight 2 and Dublin’s Tivoli Theatre on the 21st. Tickets on sale from Friday, October 13th priced £20  – Belfast and €25.00  – Dublin via Ticketmaster and Sound Cellar.

“With only London and Damnation Festival covered whilst in the UK on the current tour, we set about planning a more comprehensive set of UK dates to follow in February 2018. We look forward to bringing Medusa live to the four corners of our fair isle and hope to see you all there” 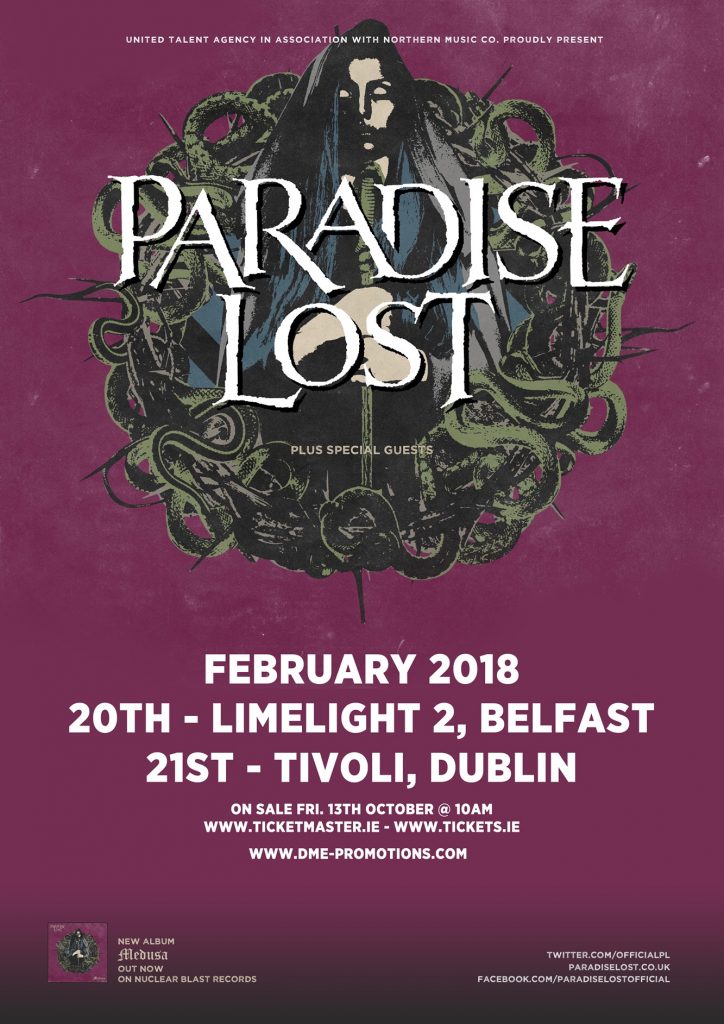 Tickets are on sale now also via this link.

‘Medusa’ is Paradise Lost’s 15th studio album and their first for new label Nuclear Blast. Released in September the album showcases some of their darkest and heaviest material to date.

‘Medusa‘ is now in stores and you can order the physical editions as well as special merchandise here:

Or get the digital version here:
Or in the band shop: 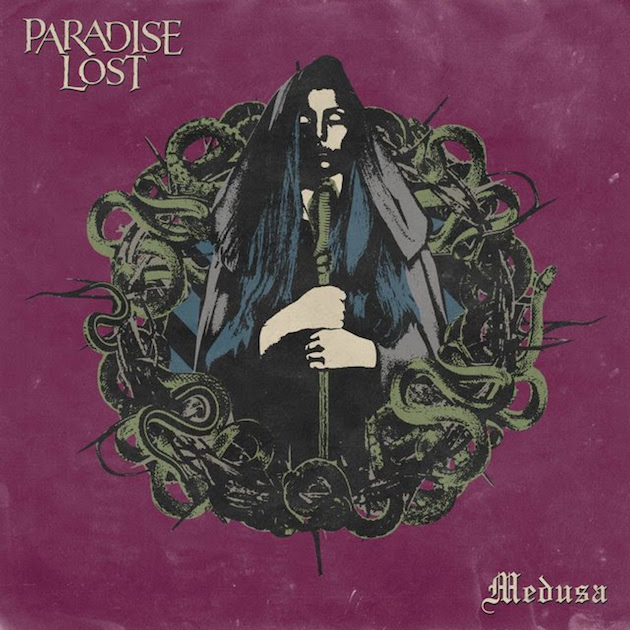