The Hard Rock powerhouse PHIL CAMPBELL AND THE BASTARD SONS from Wales have released a music video for their brand-new single “Bite My Tongue” from the upcoming new album “We’re The Bastards”, which will be released on November, 13th via Nuclear Blast. Guitarist Todd Campbell on the new song:
“Because We’re the Bastards said the word Bastard too many bastard times in it we decided to release Bite my Tongue too for your listening pleasure. It never says the word “bastard” in it, but we threw in a few ‘shits’ for good measure!”

The band also launched the sale of an exclusive band shirt last week to help their crew financially through the COVID-19 crisis.

Their statement:
“We’ve just released a We’re the Bastards crew t-shirt where all the profits will go towards our amazing and extremely hard-working road crew during this tough time with no live touring.” Get your shirt here. Pre-order your copy of “We’re The Bastards” here: 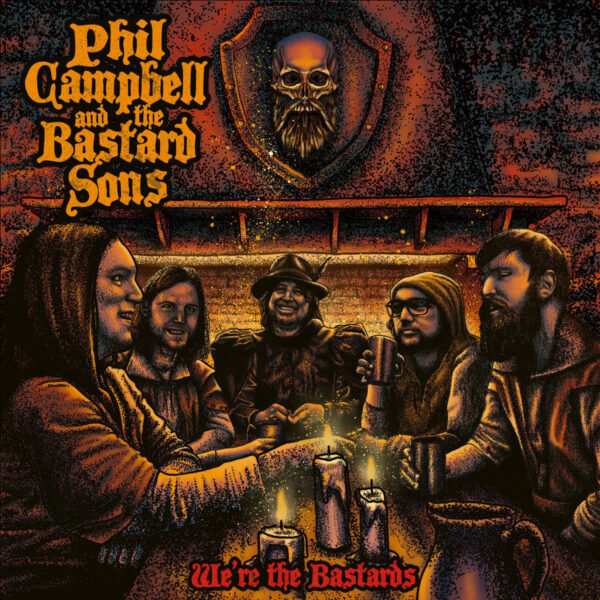