New York City bruisers, PRONG took to the stage in Dublin’s Voodoo Lounge on Thursday August 7th ahead of their main-stage appearance at the 2014 Bloodstock Festival in the UK. Dublin got one hell of a warm up show. 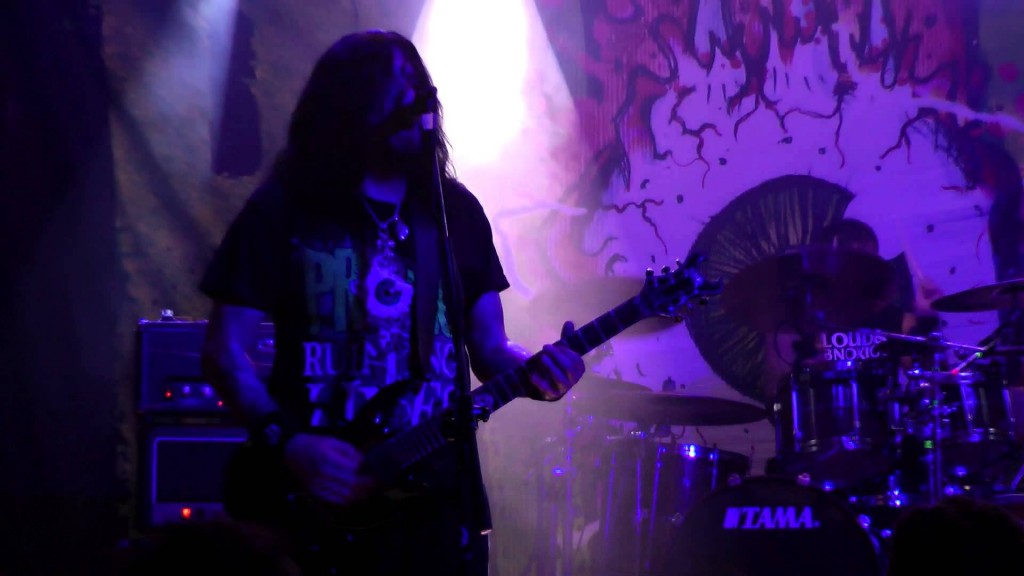 There are few bands currently out there who have truly stuck to their original roots and maintained them throughout their career. Metallica were the kings of thrash, but have mellowed in their old age. Slipknot were outright headcases when they came along first but have softened their music somewhat with ballad-esque lamentations of broken relationships and regrets. Iron Maiden, on the other hand, are still the heavy metal titans they were in the 80s, as are Motorhead, AC/DC and Black Sabbath. The main theme here is if it ain’t broke, don’t fix it.

Thankfully, Prong are in the latter category.

The small gem-like venue of the Voodoo Lounge on Arran Quay (I say gem-like because it’s a priceless venue for bands to get stage time in a quality, built-for-rock’n’roll joint), was buzzing before I went in. I had a small chat with a few of the guys from the support band ‘Killface’, local homegrown metal maestros fresh from their Wacken: Open Air 2014 appearance. They are in the latter stages of writing their new album with maybe 2-3 songs left before they hit the mixing desk. They hope to have it out next year and while the album doesn’t have a name yet, I don’t care – I’ll DEFINITELY be getting that shit. Their savage, guttural opening act got the punters nicely engaged and broke the ice for people to warm up their neck muscles. The only thing missing was more people, but in all fairness it was a mid-week night, and it was still a bit early so that was nothing Killface could have done much about.

Prong hit the stage around 8.45pm to the intro of a cowboy Enrico Morricone-type theme tune, enticing people to come a little closer to the front and let more people be seen by the band. Frontman Tommy Victor wasn’t shy about telling people what to do, and why should he? People paid good money to see a band that they have been listening to since before Disturbed, Korn and most of those other nu-metal bands that made it big in the early 90s. For a band that didn’t quite gain the international recognition deserved, they put on a hell of a show. Enticing the crowd to come closer to the stage encouraged the ritualistic “high-fives-in-the-middle-of-a-solo”, and helped build the atmosphere for the night to come.

“For Dear Life” from their second album Beg to Differ, kicked it all off, and right away the heads starting whipping in unison. Imagine, if you will, a group of candles pushed together, as you blow rhythmically on the flames but don’t blow them out…..it looked like something similar, but waaaaaaay louder- you get the idea! “Irrelevant Thoughts” from Prove You Wrong was welcomed with much gusto from the crowd – clearly they were loving this trip into the heavier side of New York heavy metal. Victor wasn’t saying much between songs, but again, they were there to play, not yak to the crowd. “Eternal Heat” and “Lost and Found” followed, pounding the ear-holes of those who were right beside the speakers (I’d say there were a few ringing ears the next morning). 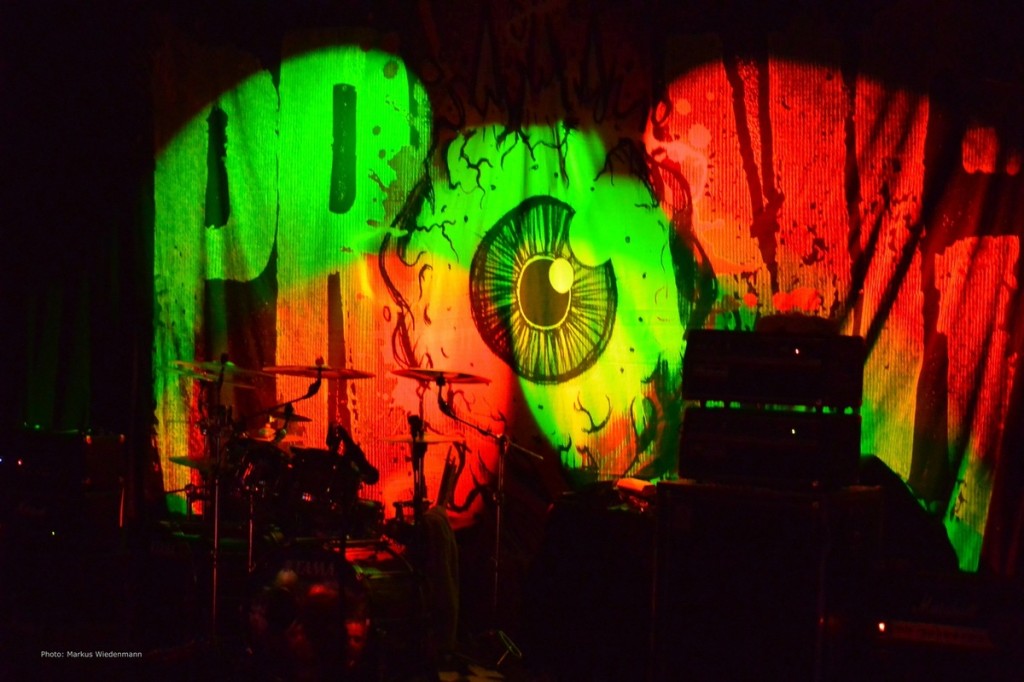 All was going well until some asshole at the front decided it would be fun to engage bassist Jason Christopher in an altercation. Christopher isn’t a man of small build, so that was a mistake. The offending individual (there are a few other words I could use), didn’t last long thanks to Prong’s security detail who dealt with him in the usual way of dragging him out and “politely” showing him where to go. The moral of the story is: don’t mess with New Yorkers. Period.

So anyway back on track. “Cut Rate” and “Rude Awakening” restarted the pit, which was now in full operating condition. “Turnover” included some dive bomb solos and harmonics that Eddie Van Halen himself would admire (and I’m a guitarist as well and I was awestruck!). Bodies found their way to the stage and in a display of complete disregard for their own safety, flung themselves off the stage into the crowd to go surfing on their fellow metalheads. I felt a pang of jealousy rip into me like a bad shot of tequila. “Carved Into Stone” was the heaviest song so far, and the circle pit blazed from one side of the room to another. Victor had a grin on him that you could land a space shuttle on, obviously enjoying his time with his comrades in our nation’s capital. “Broken Piece” turned the place upside down, with more crowd-surfing and headbanging than had taken place all night long. The bar was being raised with every song being played, and I half expected the roof to cave in (but thankfully it didn’t). “Another Worldly Device” and “Whose Fist is This Anyway?” kept the fury well and truly alive. My personal favourite was “Snap Your Fingers”, where the double bass-drum skills of Ted Parsons felt more like a machine gun turret, cutting people in 2 with pinpoint accuracy. Goddammit I was loving it! They finished off with “Power of the Damager”, to round off an amazing night of headbanging, heavy metal and a general good feeling (aside from the dickhead that got thrown out).

But Prong weren’t going out without a bang. “Close the Door” just re-ignited the flames once again, and I somehow found myself in the middle of a moshpit. Hey, it’s a metal gig right? Let’s rock! “Dark Signs” and “Revenge Best Served Cold” were belted out before Victor proclaimed his love for our city, allowing Christopher to slick back his “do” before topping the night’s entertainment with “Prove You Wrong”. If there’s nobody with whiplash the next day because of this gig, I will be quite shocked. My neck is still sore two days later.

Prong were off asap to the Bloodstock Open Air festival in the UK to rub shoulders with Megadeth, Down, and Emperor. This is quite a short European tour on the back of Ruining Lives”, but I hope they return. One of my mates at the gig said he had seen them before in the US a few years ago and they did a belter of a show there too. This intrigued me as most of the bands I see regularly change up their on-stage antics to keep from going stale. Not Prong. Like I said: if it ain’t broke, don’t fix it. Prong ain’t broke.

Third from the Sun

Whose Fist is This Anyway?

Power of the Damager