Ireland’s Restive Nation have been steadily blurring the lines of Metal, Rock, Progressive and Electronic music since their inception back in 2014. 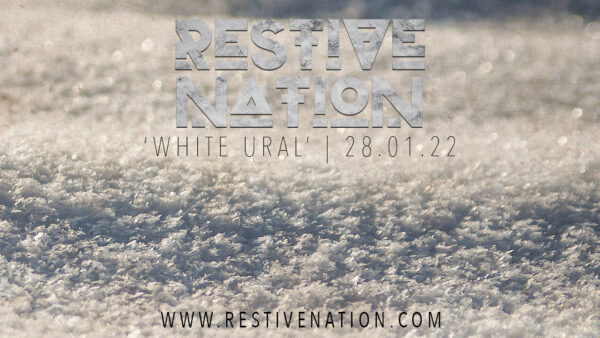 As the band prepare for the launch of their debut self-titled album next month, ‘White Ural’ shows the heavier side of Restive Nation and trust us…you won’t be disappointed.

With a sequence of three single releases last year the band continue to tease the new album with ‘White Ural’, one of the more heavier tracks from the forthcoming new album, and the first new release of 2022.

The single will be available exclusively via the bands’ official YouTube platform which you can access here.

In true Restive Nation style, the band adapts a number of influences from Mastodon to Gojira and Enslaved in this latest single, highlighting the heavier, and equally darker side to their eclectic songwriting abilities.

The band states of their new single: “White Ural is one of the heaviest tracks from Restive Nation, to date. With Tony [Carberry] on vocals, ‘White Ural’ showcases the metal side of what the band can achieve.

The premise of the songs lyrics follows the story of a group of hikers that set off on a journey in the Ural Mountains late January 1959. They would meet a gruesome and unexplained death. The bleakness of the story can be felt in the music – it’s cold, grim and extremely tense throughout.”

The bands’ debut full-length will be released on February 25th [Digitally] with a very limited edition run of vinyl pressings to follow later in the year.

Pre-orders for the vinyl are live now and can be accessed via this link.

A select number of pre-orders feature one of an exclusive limited edition 350gsm matte-finish print, taken from a series of eight designs, that will instantly be shipped out prior to the release of the vinyl, later this year. 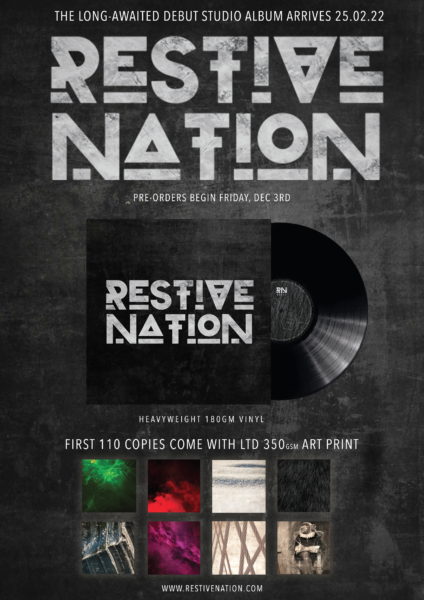 Restive Nation will officially launch their long-awaited album in Dublin’s Grand Social venue on February 24th, with tickets on sale now, priced at €12 via this link. 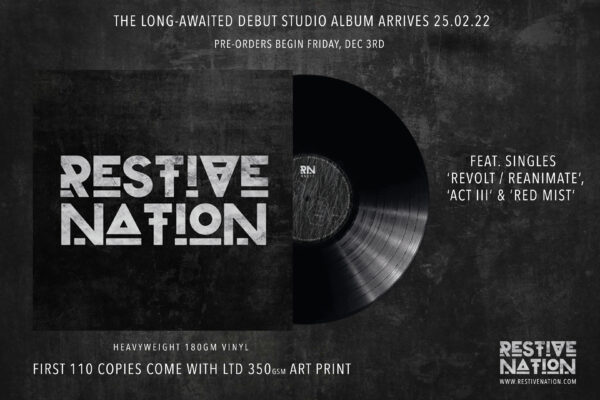