ARCHITECTS finally made it over to Ireland to drop kick some down-tuned audio pleasure in Dublin’s Academy, with local support acts RED ENEMY and VILE REGRESSION in tow. OVERDRIVE were there to soak it all up and deliver the goods for you. 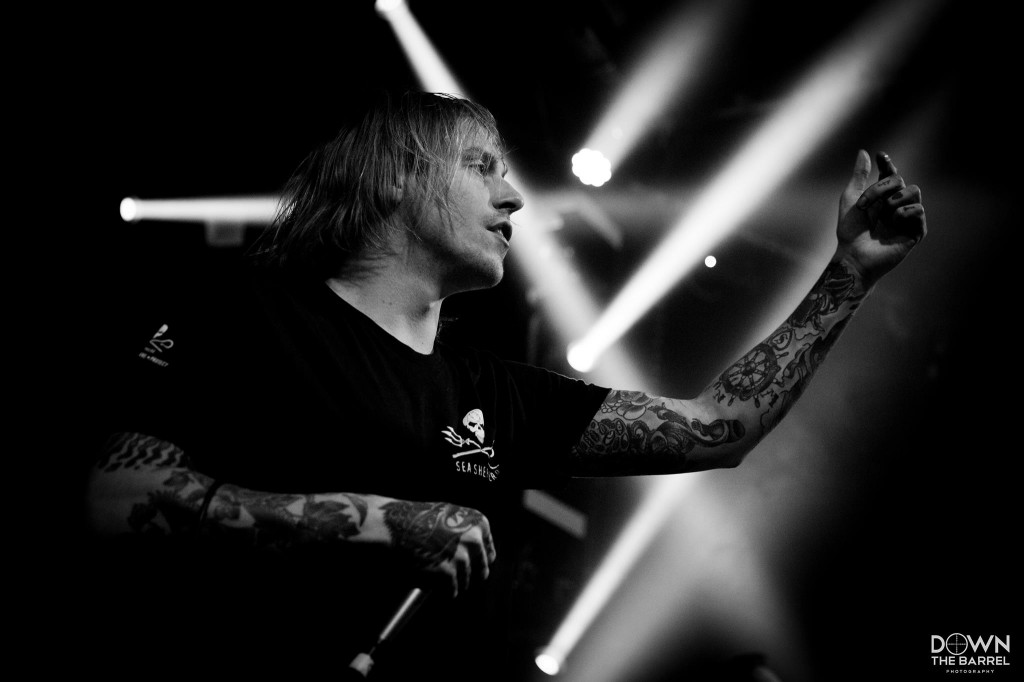 Having previously cancelled their scheduled Irish dates last year, ARCHITECTS are finally on Irish soil and ready to do some serious damage. As the Academy on Abbey Street fills up, the main topic of conversation seems to be not about the headlining band, but more of the support bands that are due to hit the stage at any giving minute. Tonight’s show see’s a sample of the incredible standard of Irish Metal that exists on our tiny island and long may it continue.

As the lights slowly fade to black on the stage, roars of approval come from every angle of the venue welcoming VILE REGRESSION to the Academy. This will be the bands first time playing this venue and with everything to play for, they get stuck in and sound crushing! The Metal 2 The Masses 2015 hopefuls, literally waste no time in letting us know exactly just why they were chosen to play on this stage tonight. Vocalist Padraig Croke, stalks the stage from left to right like a hungry lion and when he engages with the microphone, it becomes evident that every fiber of this young man is being is thrust into the bands performance. 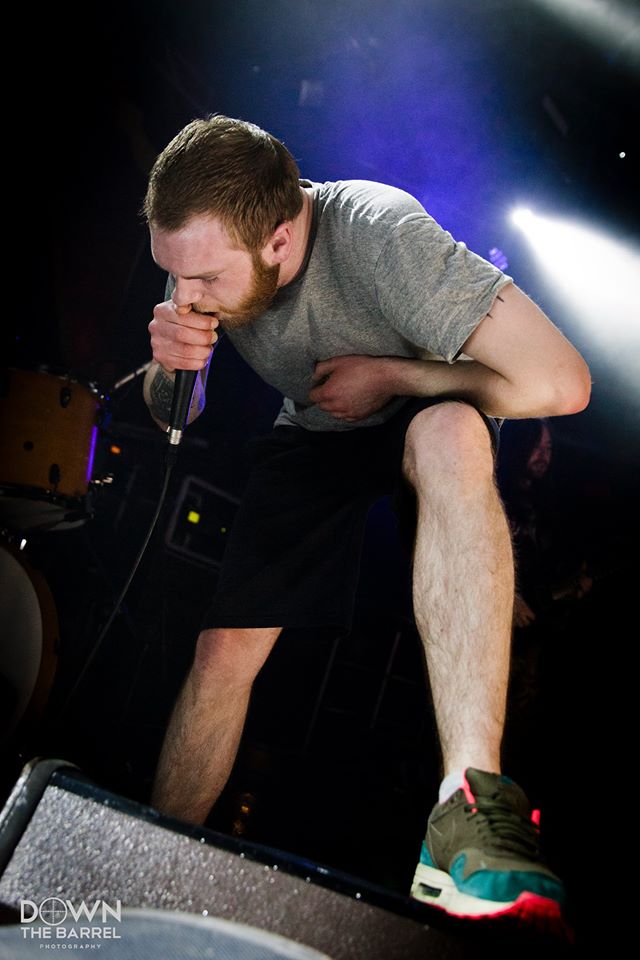 VILE REGRESSION sound immense tonight and have the crowd on their side from the get go, with pits opening up all over the place. They persevere with an intense, sharp and solid set list, that displays just why VILE REGRESSION are one of those bands that you NEED to know about.

As they wind through their short time on stage, VILE REGRESSION blast out a road blocking chunk of brilliance, with song after song dripping with visceral passion and delivered in box fresh brutality. T-shirts and CD’s are thrown out to the sweaty throng of punters, before the band complete their debut Academy performance, causing minor scuffles on the main floor. Catch them in the more intimate surroundings of Fibber Magees on April 18th for the first semi-final for the Metal 2 The Masses Ireland series of gigs, in which one lucky band will be chosen to play at this years Bloodstock Festival. A fantastic performance tonight should be an indication as to what VG are capable of, which is a fuck load! Awesome stuff.  4/5

Find out more on VILE REGRESSION.

Next up is the mighty RED ENEMY, who leveled the Button Factory last year with the release of their self titled debut album. You just know you’re in for a good time, when the guys take to the stage with the soundtrack to Father Ted ringing out through the house PA. As a rush of punters squeeze towards the stage, RED ENEMY fucking explode with a sound that could literally awaken creatures from the muky depths of undiscovered waters!

Tight as a Nun’s hot pocket and set to destroy mode, RED ENEMY are owning the Academy tonight and having a blast by the looks of things. Vocalist Kevin Letford, air punches and stomps around the stage, all the while dropping an outstanding earth rumbling display of lung work! Guitarist Jordan O’Leary, lashes out riff after riff of brutality and Conor Dockery is simply a sweaty blur of red hair and intensity, as he unleashes war. Sub-sonic booms of pounding accuracy come fast and furious from the outstanding drumming of Daniel Lang, who twins up perfectly with bassist Jay Doyle. 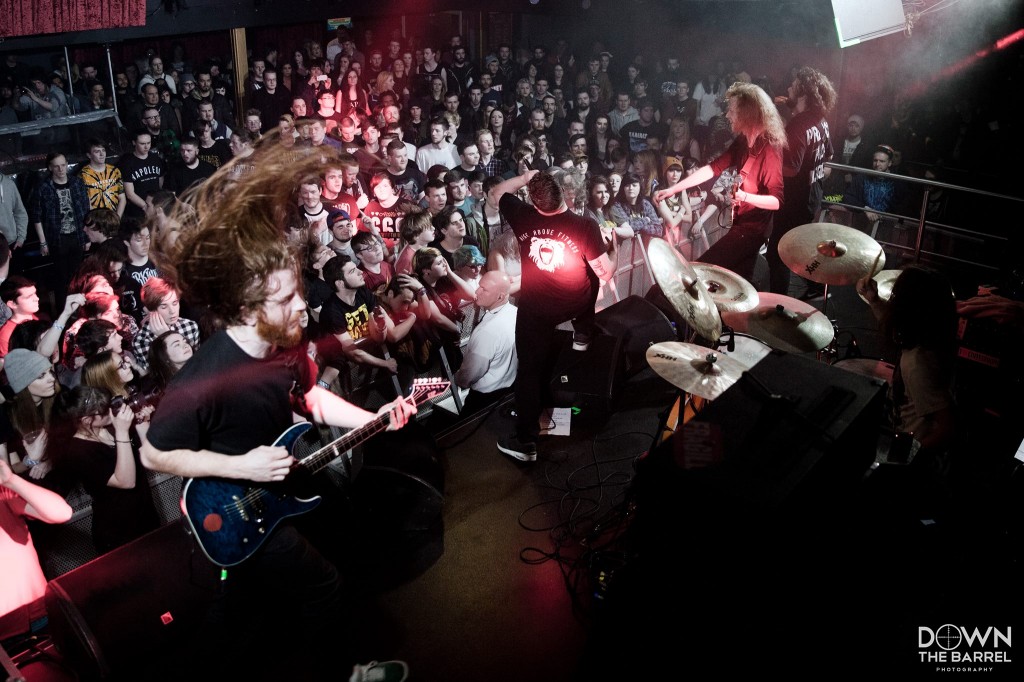 With members of AeSect, Dead Label, Radio Room and a whole host of other significant local Metal bands in attendance, one can’t help but feel very proud of our beloved Metal scene and it’s outstanding potential for producing bands that can go toe to toe with the best of them. RED ENEMY are one of these bands and should be taken very seriously, as they have their eyes set on world domination and we could not recommend a band that deserve it more! 5/5

So, the headlining act of the evening take to the stage and as vocalist Sam Carter launches into the opening track “Broken Cross” with a display of staggering vocal ability, the crowd lap up every down tuned second of it. ARCHITECTS sound crystal clear and waste no time in hammering through their set with gems such as “The Devil Is Near” and the crushingly heavy “Alpha Omega“. At this point Carter loosen’s up a bit and offers his thoughts on the bands return to Ireland and is awarded with a novelty pair of shamrock glasses which he wears for a few minutes before “Castles In The Air” comes out of the traps! 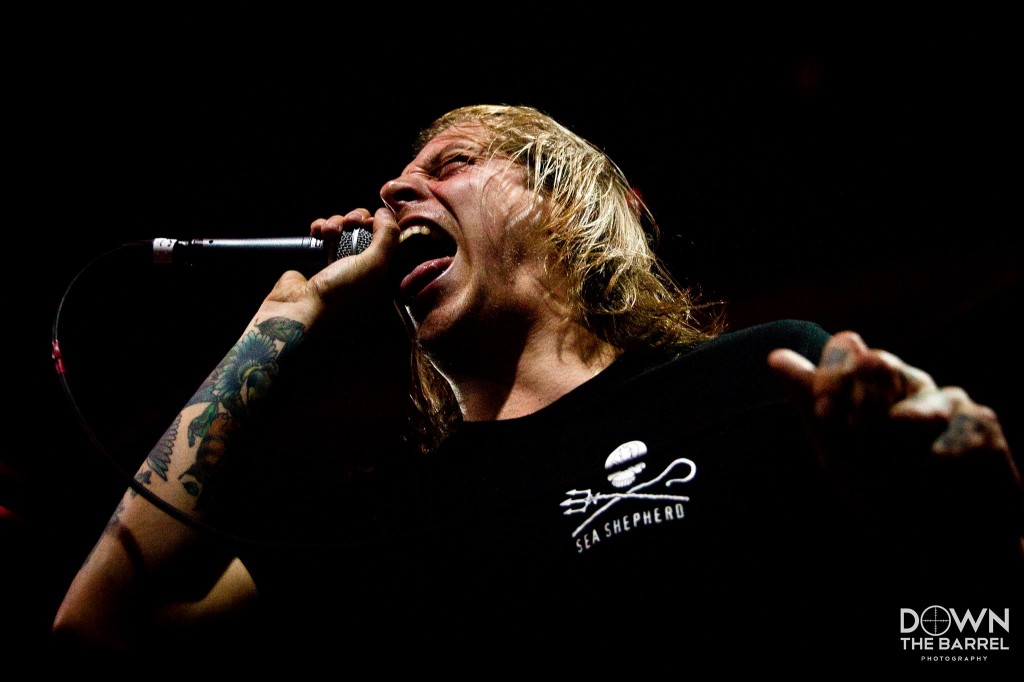 ARCHITECTS are simply stunning at what they do and tonight is no exception. Guitarist Tom Searle is all over his fret board, relentlessly defying the normal human ability to stretch fingers from one end of a guitar to the other, all the while his brother Dan Searle delivers pin point double peddle drum skills that sound like a machine gun with a jammed trigger! Throw in the Alex Dean’s bass ability over the top and and you have a beautiful recipe of technical ability that literally is taking layers of skin off the punters in the front row! 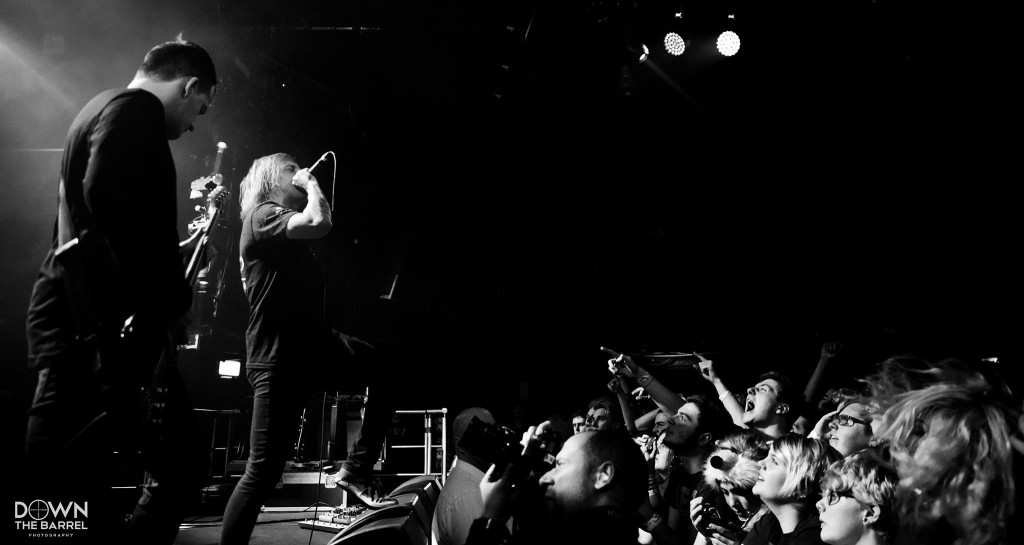 As they work through their set list the band are nailing every note, which is mind blowing to see live. “Early Grave, Follow The Water” and “Colony Collapse” are dripping with delicious brutal riffs intertwined with trademark ARCHITECTS melodic choruses.

As they finish up their commanding assault on Dublin’s Academy, with “The Distant Blue’ and “Gravedigger“, the crowd seem to be hungry for more, however the strict curfew enforced means that unfortunately the show is most definitely over. ARCHITECTS gave 100% tonight and were rewarded with a crowd that were totally captivated and loving every minute of it from start to finish. Excellent! 5/5

As the house lights are turned up and the glistening faces of the venue capacity come barreling out the door into the fresh March night air, the one thought on my mind was the small but significant victories that were won here tonight from RED ENEMY and VILE REGRESSION and the hope that promoters consider more Irish bands to support international touring bands in the future.

Check out more photo’s from the show below: 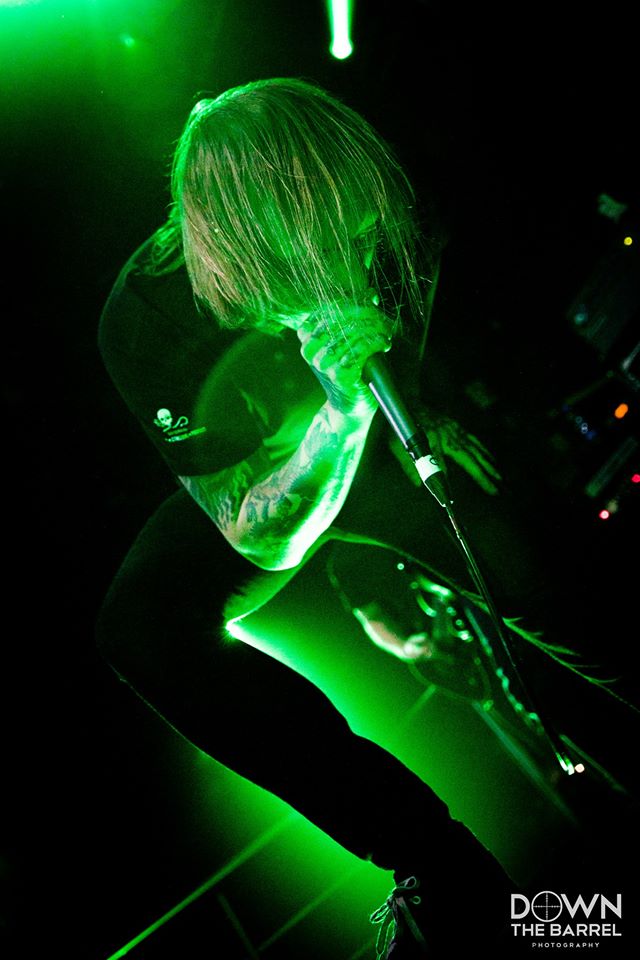 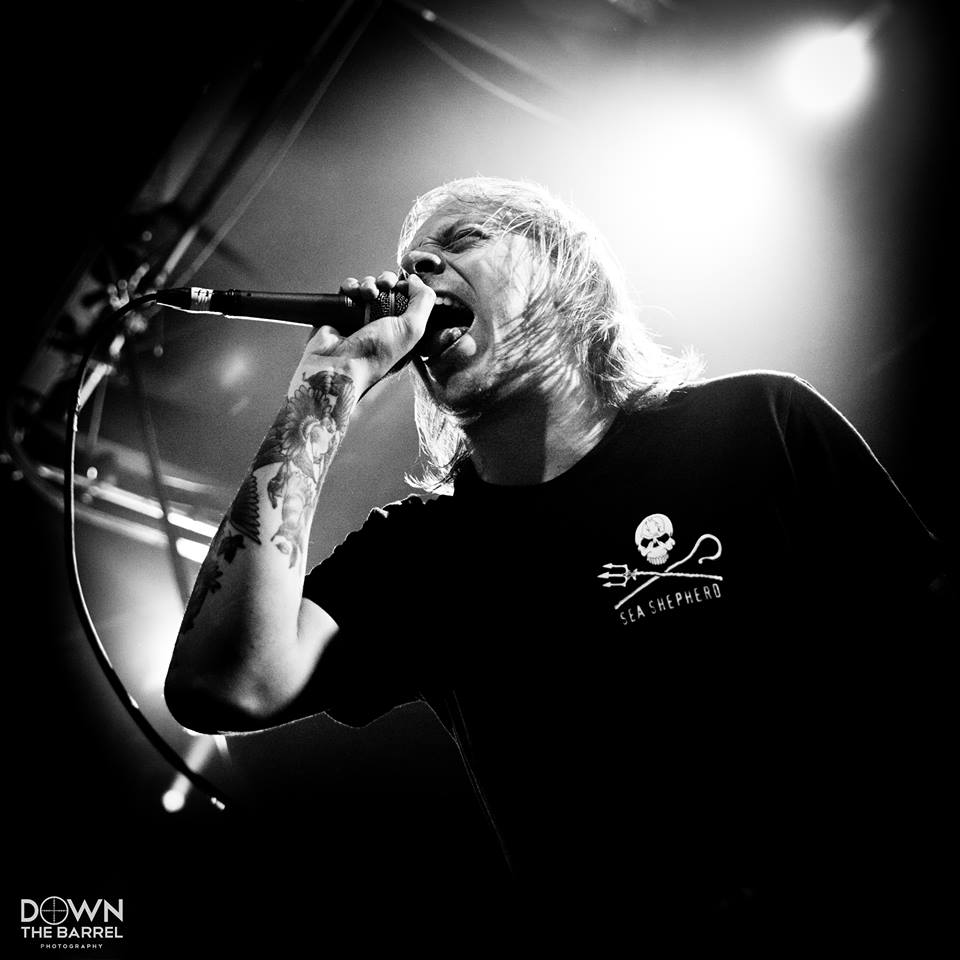 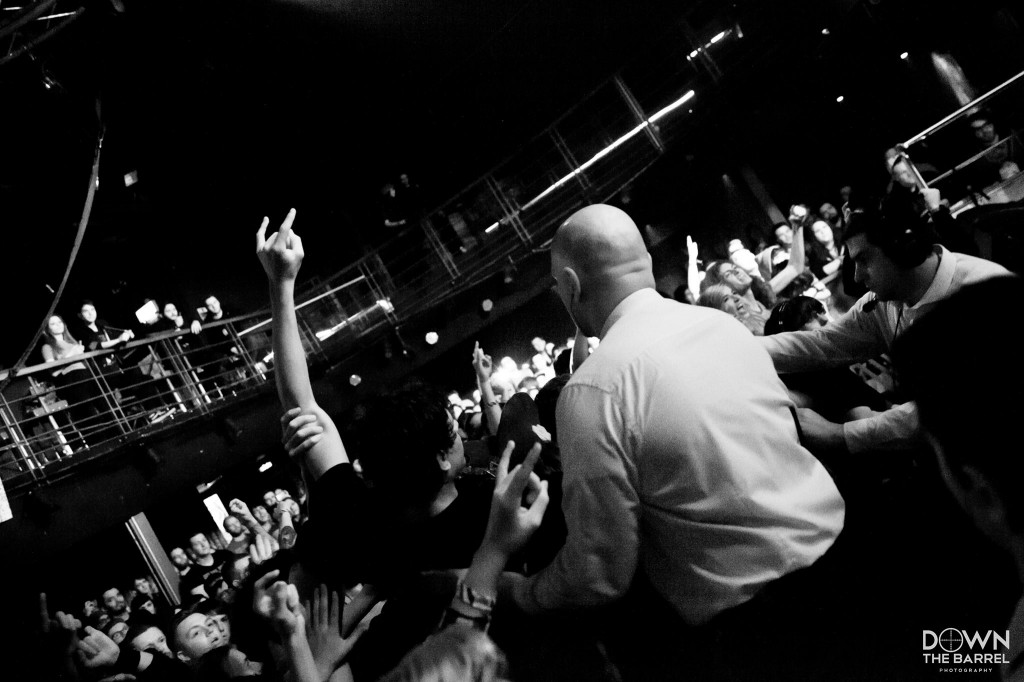 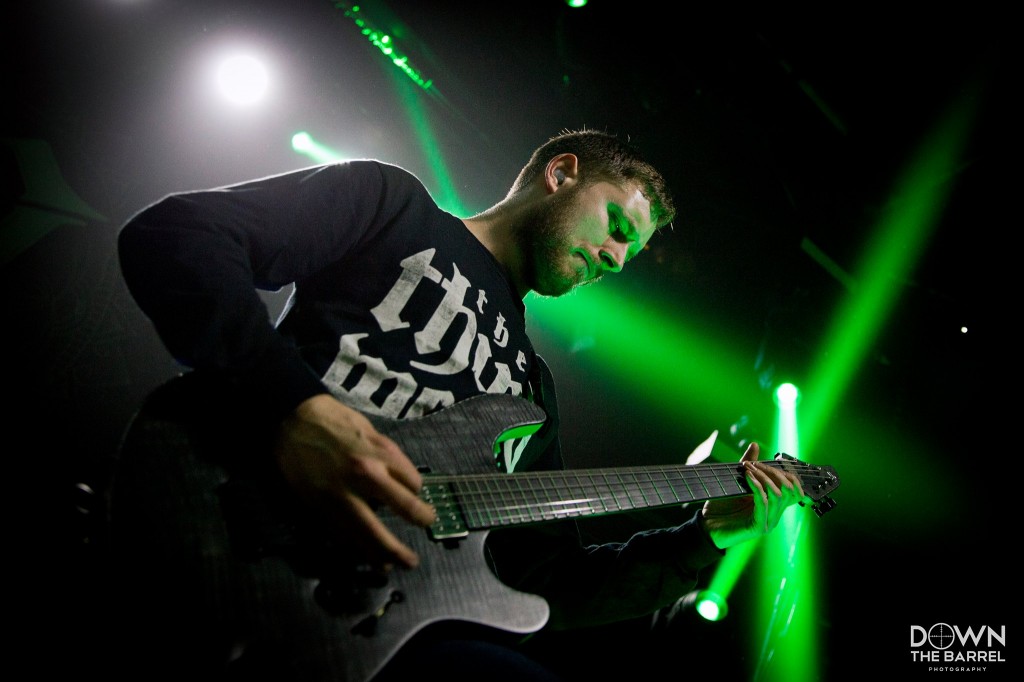 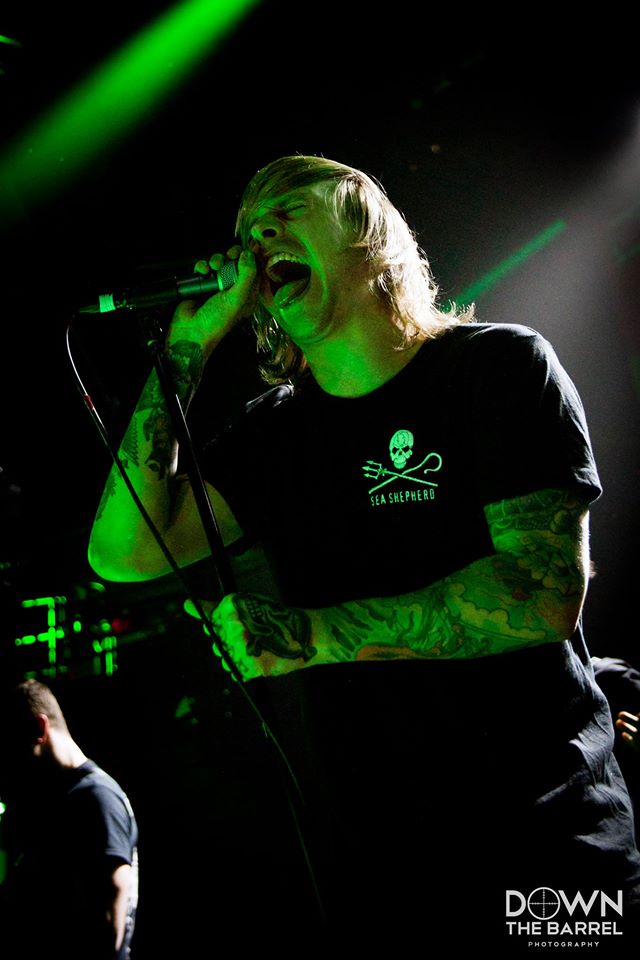 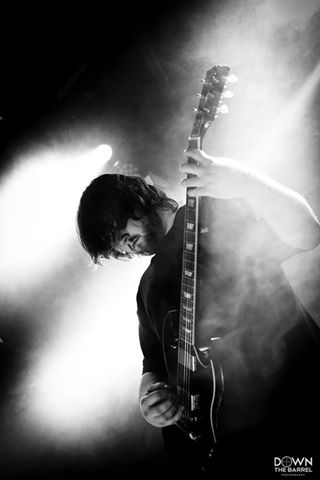 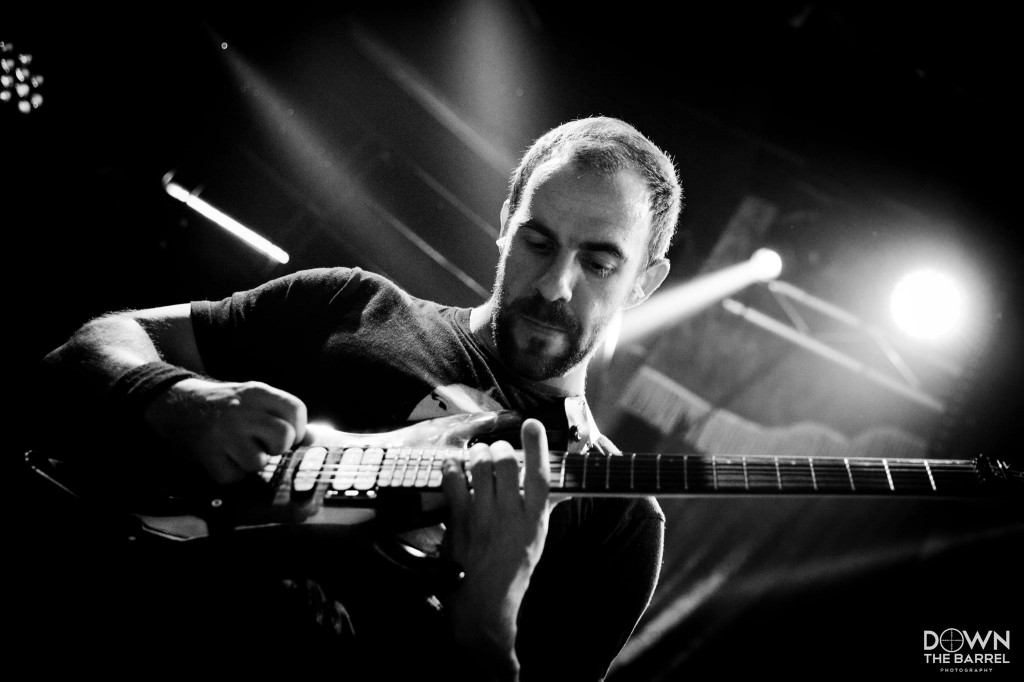